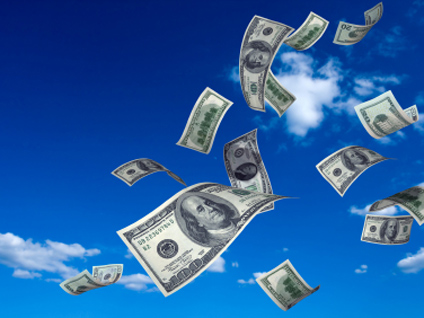 I've spent much of my life studying -- both as an academic and as a consultant -- how companies use incentives. The vast majority of companies mess this issue up, resulting in confusion, frustration, and often, the opposite of what they intended. There are four ways that companies get incentives horribly wrong:

1. Incentivize workers to do things they feel they cannot do. I've been in hundreds of meetings over the years when an executive will stand up and announce, with excitement in his or her voice, that the incentive paid to salespeople will double for each new customer they bring in. The result: Passive astonishment and dismay. Why? People feel they are trying to sell stuff all day, and customers aren't buying. The problem isn't sales staff motivation, it's that the company's products and services aren't compelling. The announcement of the new incentive plan seems to blame salespeople, and deflect accountability for what is really a failed strategy. Goal: Sell more. Result: Salespeople started looking for other jobs.

2. Address a problem with a handful of workers through a new incentive system that everyone has to follow. One company had a problem that some of their web development employees were abusing the work-from-home privilege, so the head of human resources announced that workers in that department had to keep track of their days at home, and this record had to be signed by the employee's supervisor. If the number of days at home exceeded a threshold, the offenders would not receive a performance bonus. Everyone knew the problem was about a small group -- maybe four people out of over 100. Rather than go to the offenders, management instead instituted new rules that added paperwork and bureaucracy for everyone. The result: The number of days worked at home shot up, with almost every employee working the maximum number of allowable days. Management seemed spineless and out of touch. The view among employees was that working from home was not fun -- but was a way of making fast progress on important projects. By the company treating it as a perk, employees worked from home much more, and I strongly suspect a lot of this "at home" time was actually spent watching TV or running personal errands. Goal: Increase time in the office. Result: Decrease in time in the office, and in overall performance.

3. Incentivize workers to do something that they believe violates their values. Group medical practices commonly reward doctors for seeing more patients. The goal of more productivity isn't bad -- in fact, it's necessary. Yet in several surveys, the result is a temporary jump in compliance, and then a slow decline to where the level was at the beginning, and often even lower. Why? The way the plan is implemented in many companies sends the message that doctors won't, unless bribed, do their best. This perception offends them. Over time, many see the incentive as a signal that they should spend less time per patient, which means not practicing good medicine. As the doctors talk, someone will point out that they see the maximum number of patients while maintaining professional ethics. The money they leave on the table is a "tax for doing the right thing." It comes across as honorable to do less, with doctors high-fiving each other for seeing fewer patients. Goal: Increase productivity (number of patients seen per doctor). Long term result: Lower productivity.

4. Announce a new strategy in the form of a new incentive plan. One company I worked with announced that any new projects done for Asian-based companies would result in a bonus for everyone -- sales staff and technical workers. This announcement shocked people, who had left other jobs to work for this organization in part because of their focus on the U.S. market. Many people had chosen this company because they wouldn't have to travel internationally. Many had small children and didn't want to be away for days or weeks at a time. Goal: Increase Asian client base. Result: No increase in Asian client base, and low motivation among the sales staff.

In every one of these situations, the problem wasn't the incentive itself, it was the way the incentive was implemented. It was heavy-handed, unilateral, and came as a surprise. According to research published in The Three Laws of Performance, people always behave in ways that are consistent with how situations "occur" to them. If an incentive occurs as manipulative, people will ignore it, and often look for work at the same time. If the new pay system occurs as out-of-touch, people will ignore it and spend much of their time complaining about the clueless people in charge. If an incentive plan occurs as random, people won't comply with it because it may change tomorrow.

Making incentives work isn't hard, but the steps to getting it right are counterintuitive. I talk about one proven system in my personal blog.

Have you been jerked around by an incentive plan? If so, I hope you'll add a comment below, so we can learn from the mistakes of others.