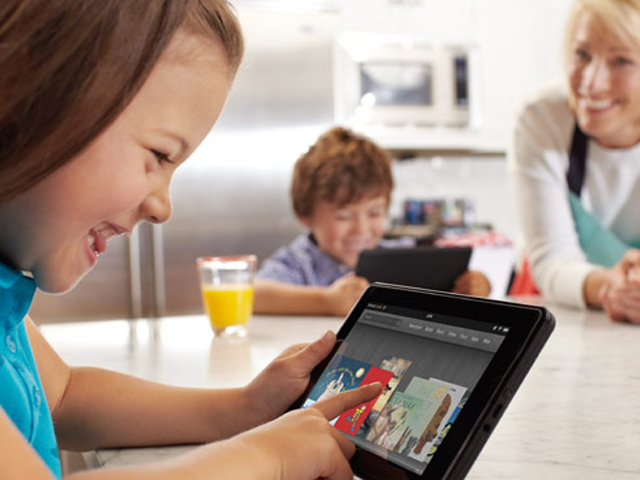 (MoneyWatch) COMMENTARY Amazon (AMZN) sent out a curious press release this morning, saying its Kindle Fire tablet has officially sold out, nine months after its introduction. That raises some interesting questions about how the Kindle ultimately did this, how Amazon manages its hardware business and what might be ahead.

Talking about a product selling out the way Amazon has is incredibly strange in the consumer electronics world. Products do sometimes sell out for short periods - Apple (AAPL) has seen that happen when new iPhone models hit the shelves after a big announcement. But even then, it seems like an intentional action on Apple's part: It certainly has the money to build additional units in advance and can bank on large numbers selling.

But Amazon's announcement of selling out when it had been on shelves for the better part of a year? Odd. Manufacturers continue to build additional units of products to satisfy demand. That's how an iPhone or Samsung Galaxy can have sold tens of millions of units a quarter. No one builds all products in advance and waits for it to run out. And after nine months, a company with Amazon's proven expertise in demand forecasting and supply chain management should have a good sense of how many more units it needs to build to fill orders. To sell out, you have to intentionally stop manufacturing.

This announcement suggests one of two things: Either there's a new model so close to coming out that continuing to sell the Fire would only irritate people who felt they didn't get the latest and greatest, or else the Fire simply didn't do as well as Amazon hoped.

The company claimed that Kindle Fire had taken 22 percent of tablet sales in the U.S., although it didn't mention the number of units that shipped. Sounds like utter success. But third party analyst firms would paint a different picture. According to IDC, Kindle Fire market share dropped sharply in the first quarter of this year -- from 17 percent to 4 percent. And while that nudged up to 5 percent in Q2, according to IDC, that's still a big drop from its debut. IHS iSuppli had slightly different market share numbers that showed a drop from Q1 to Q2.

Amazon did say U.S. share, because it hasn't sold the device elsewhere, but claiming 22 percent market share without pointing to some source of the number seems like some PR spin to make things look rosier. (Amazon hasn't yet responded to questions I emailed.)

It could be that this is just Amazon's way of trying to get a perception boost as it readies a press event next week where many expect it to announce new tablet products. The one seemingly sure thing to say, though, is that the present is likely not as bright and rosy as Amazon would like everyone to believe.