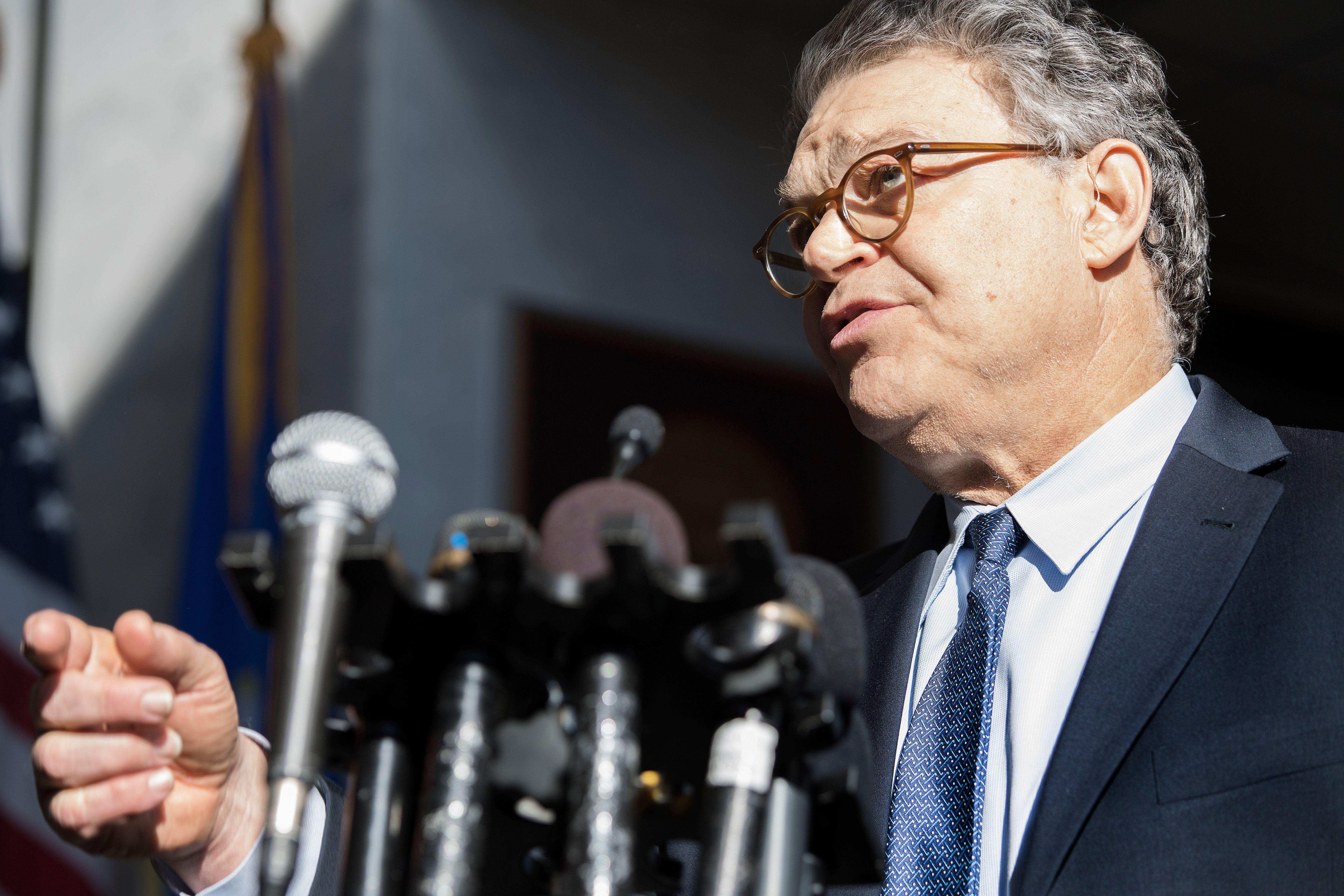 The House and Senate ethics committees generally go about their business with little public attention — until there's a political scandal. These days, allegations leveled against multiple well-known political figures are bringing them renewed relevance.

Before Rep. John Conyers, D-Michigan, announced his immediate retirement, the House Ethics Committee launched an initial probe into allegations that he sexually harassed staff members. Sen. Al Franken, D-Minnesota — who is making an announcement Thursday about his political future after accusations that he inappropriately touched multiple women — also faces an initial inquiry from the Senate Select Committee on Ethics. Should Republican Roy Moore win the special Senate election in Alabama, Senate Majority Leader Mitch McConnell says he should face a Senate ethics probe over decades-old allegations that he pursued teenage girls in his 30s. A Senate ethics probe into Sen. Bob Menendez, D-New Jersey, is resuming now that his corruption case has been declared a mistrial. And an ethics investigation isn't out of the question after Rep. Ruben Kihuen, D-Nevada, was accused of sexually harassing a former campaign staff member.

So, how does a House or a Senate ethics committee investigation work?

For one thing, neither the House nor the Senate investigations specifically track sexual harassment or sexual misconduct complaints in their (sparsely detailed) annual reports, so it's impossible to say how many investigations of that nature have even occurred in the last few decades. And the committees — unanswerable to the Freedom of Information Act because they are part of the legislative branch — work in relative secret. It's also important to note that, aside from a verbal reproof, the committees have no authority to impose any sort of punishment on the member. Substantive punishments are up to the House or Senate.

The House and Senate conduct ethics investigations somewhat differently, although there are similarities.

Many House ethics investigations begin with a different investigative entity entirely, the Office of Congressional Ethics — an office the Republican-led Congress attempted to gut before the 115th Congress even officially began in January. House Republicans voted to place the independent ethics office, established in 2008, under the House Ethics Committee — a move that would have effectively neutralized the OCE. But backlash from the press, public and Democrats was so strong that Republicans reversed that attempt to quash the independent body within 24 hours. The OCE is often the first step in a House ethics probe, and anyone — not just members of Congress or staff — can submit allegations against both members and staff.

Unlike the House Ethics Committee or the Senate Select Committee on Ethics, OCE's six voting members and two alternates are private citizens, not members of Congress. Also unlike the House and Senate ethics committees, the OCE has a time frame for its investigations. For the first phase to begin, at least two members of the board must determine there is a "reasonable basis" to believe a violation occurred, based on the OCE staff's initial review of the information.

That first phase, the "preliminary review," can take no longer than 30 days, according to OCE. Once that stage is complete, the evidence developed is presented to the board. For the board to continue its review in a second phase, at least three members must believe there is "probable cause" to believe a violation might have taken place. That second phase, in which OCE staffers gather evidence, testimony and documents, may last up to 45 days, with a 14-day extension. Once the staffers have presented that information to the board, the board considers a staff report with all the evidence and decides if there is "substantial reason to believe" a violation may have taken place. If at least four members agree, the board will generally adopt a report referring the matter to the House Ethics Committee for further review.

Unlike the OCE, the House and Senate ethics committees have no set timeline for their investigations, which can generally take months, explained Robert Walker, former chief counsel and staff director for both the Senate and House ethics committees who now practices law at Wiley Rein LLP.

From that preliminary phase, the ranking member and chairman — a member of Congress from each party — would recommend to the full committee to impanel an investigative subcommittee on the complaint. That panel would include four members, with subpoena power and the ability to take testimony under oath. After gathering information and conducting interviews, that subcommittee can issue a letter of reproval, outlining the member's violations. That's often where the inquiry stops.

The subcommittee can decide to pursue a further step, and go to an adjudicatory process that is even more formal, but most matters do not get to this point, Walker said. The case of former Rep. Charlie Rangel, D-New York, was one instance when it did. Rangel eventually stepped aside as chairman of the House Ways and Means Committee in 2010 when the House Ethics Committee admonished him for taking corporate-sponsored trips to the Caribbean.

If the committee does go a step further with an adjudicatory process, that procedure is generally public, and members of the adjudicatory subcommittee — consisting of the members who did not serve on the investigatory committee — determine whether there is "clear and convincing" evidence the member in question violated laws or House rules, according to the committee's manual. If that standard is met, the committee holds a sanction hearing to determine what punishment to suggest. The committee may recommend a number of sanctions, including censure, a reprimand, or even expulsion from the House altogether.

The Senate Select Committee on Ethics, which has announced a preliminary inquiry into the allegations against Franken and would be responsible for reviewing allegations against Moore, should he win the Alabama seat, has a slightly different approach.

The Senate Select Committee on Ethics can investigate both members and staffers. But historically, the committee has generally determined that it has jurisdiction only over matters that occurred while the member was in the Senate, which has raised questions over whether the committee would do anything about allegations leveled against Franken or Moore that pre-date their election to the Senate.

The committee can launch a probe based on a variety of information, not just formal complaints, and often investigations begin with reports from the media, Walker said.

But if there is "substantial credible evidence" of a matter considered significant, the committee begins an "adjudicatory review," which must be conducted by outside lawyers, "unless the committee decides to conduct the review using staff counsel," according to the Senate committee's manual. The committee must notify the subject and offer the subject a chance to respond to questions and attend an either public or private hearing before the committee can recommend disciplinary action. From there, the committee can recommend discipline, including censure, payment of restitution, a recommendation to the member's party conference that he or she be removed from positions of responsibility, or expulsion from the Senate entirely.

Other forms of punishment are also relatively rare. No investigation from the Senate Select Committee on Ethics has resulted in zero instances of disciplinary sanction in the last decade, according to the committee's annual reports.