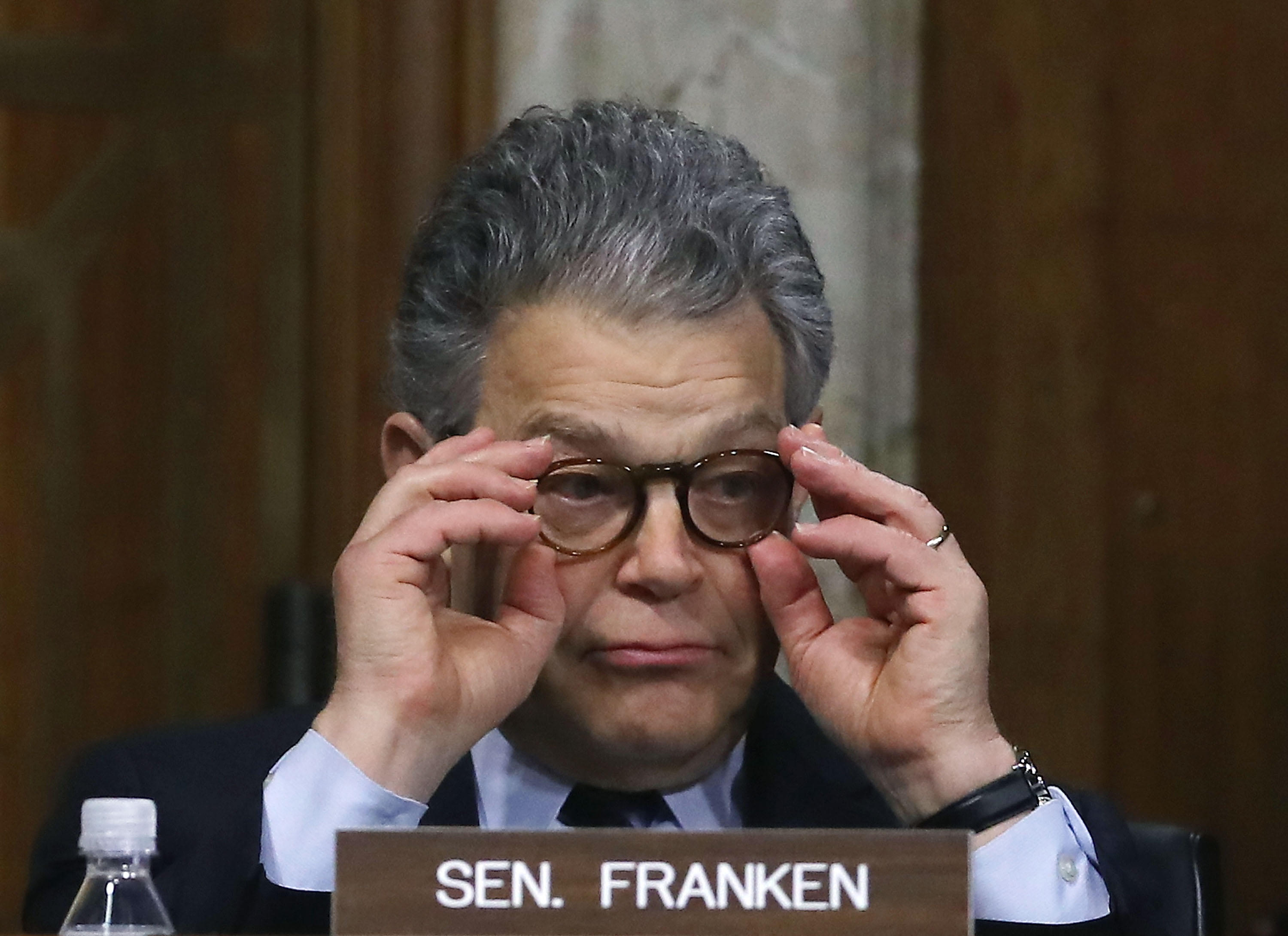 Senate Minority Leader Chuck Schumer called Sen. Al Franken Wednesday morning after a Politico story broke with a new accuser who said that Franken had kissed her against her will. Before any of the tweets from Democratic senators appeared, Schumer told Franken he needed to step down, CBS News' John Nolen reports, citing a source familiar with their conversation.

Later, on Wednesday afternoon, Schumer, Franken and Franken's wife met at Schumer's apartment, at which point the Democratic leader reiterated that it was time for Franken to go, the source said.

At first, it was just one Facebook post Wednesday morning from Sen. Kirsten Gillibrand urging her colleague Sen. Al Franken to resign, making her the first Senate Democrat to publicly do so. Within an hour, at least 10 Democratic senators and the chairman of the Democratic National Committee were demanding the same thing, amid accusations that Franken inappropriately touched or forcibly kissed multiple women.

By late afternoon, over 30 Democratic senators echoed that call from the New York senator. Franken's office announced he will make an announcement Thursday, although it's unclear yet what that announcement will be. After a local outlet reported Franken would be resigning, Franken's account tweeted that wasn't accurate and "no final decision has been made."

Here is a list of the Democratic senators and Independents who caucus with the Democrats urging Franken to step aside, as of 5:30 p.m.:

"Senator Franken should resign," Schumer said in a statement released late Wednesday afternoon. "I consider Senator Franken a dear friend and greatly respect his accomplishments, but he has a higher obligation to his constituents and the Senate, and he should step down immediately."

Gillibrand was also the first to issue a statement.

"While Senator Franken is entitled to have the Ethics Committee conclude its review, I believe it would be better for our country if he sent a clear message that any kind of mistreatment of women in our society isn't acceptable by stepping aside to let someone else serve," Gillibrand, the first to speak up Wednesday morning, said in a Facebook statement. "In the wake of the election of President Trump, in just the last few months, our society is changing, and I encourage women and men to keep speaking up to continue this progress. At this moment, we need to speak hard truths or lose our chance to make lasting change."

"Sexual harassment and misconduct should not be allowed by anyone and should not occur anywhere. I believe the best thing for Senator Franken to do is step down," Harris said on Twitter.

McCaskill put her statement quite simply: "Al Franken should resign," she tweeted.

The senators calling for Franken to step aside were initially all women.

The opening of the floodgates comes after yet another woman alleged Franken tried to forcibly kiss her against her will.

The growing call for Franken to resign comes the same day that TIME magazine declared "The Silence Breakers" — those who came forward to call out sexual harassment, misconduct and assault — as their "Person of the Year."

It also comes one day after Rep. John Conyers, D-Michigan, announced his retirement from Congress amid sexual harassment allegations.

But allegations of sexual misconduct have not had the same impact on Alabama GOP candidate for U.S. Senate, Roy Moore, who is accused of pursuing teenage girls when he was in his 30s. President Trump gave his full-throated endorsement of Moore on Monday, and the Republican National Committee (RNC) resumed its financial support for Moore shortly after. Moore, according to a poll released by CBS News on Sunday, leads his Democratic opponent, Doug Jones, 49 percent to 43 percent ahead of the Dec. 12 special election.