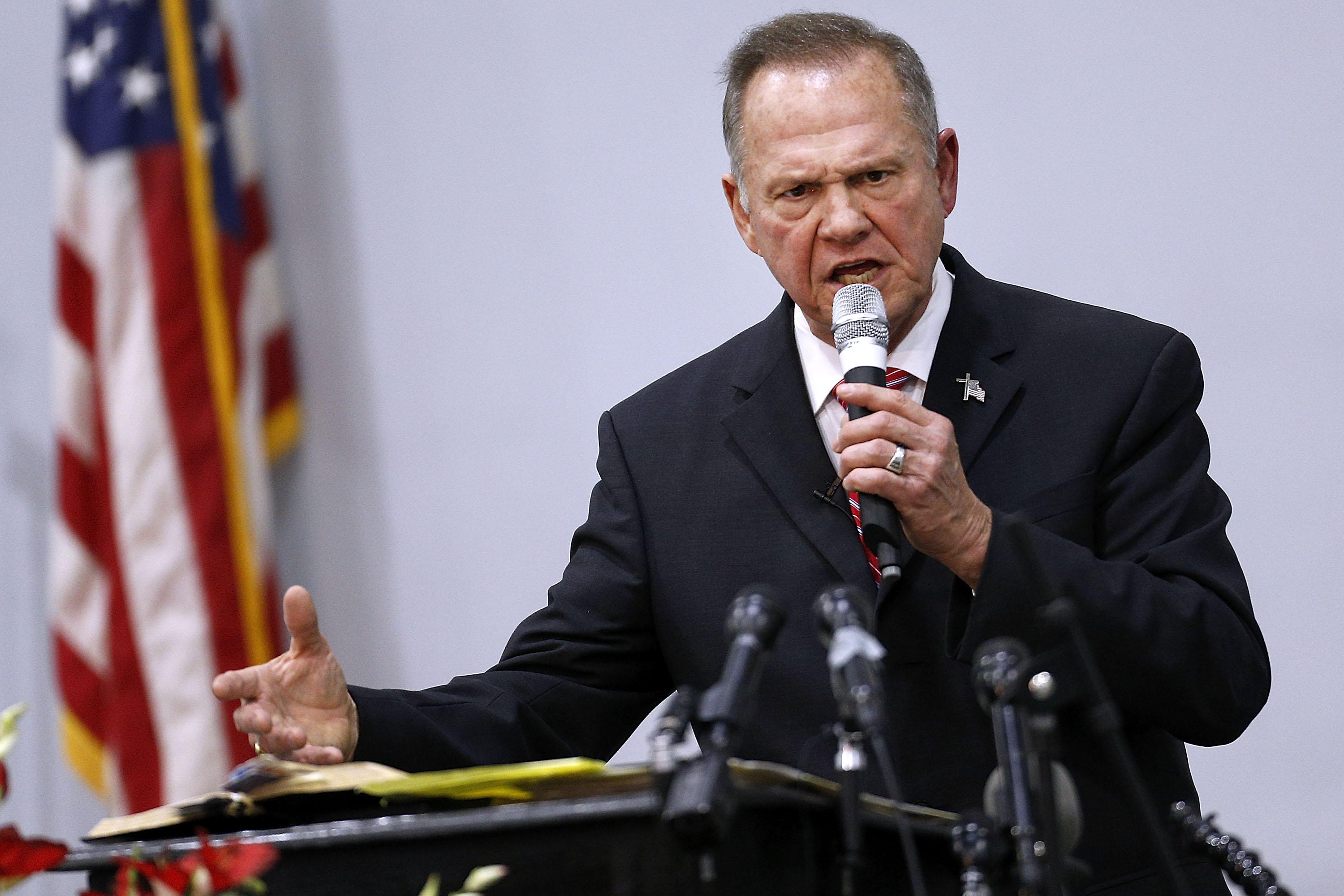 One of the first lessons I learned as a young GOP political flack was this: Nothing is good or bad, except by comparison. Democrats hoping to beat Judge Roy Moore and pick up that Alabama senate seat are likely to re-learn that lesson one week from today.

On paper, Judge Roy Moore's campaign is a fiasco. He's been credibly accused of sexual misconduct with minors. Multiple accusers have laid out a pattern of sexual pressure on women over whom the former District Attorney had power. And his campaign has taken the unusual step of aggressively calling the alleged victims liars, political plotters, or both.

"Don't attack women who are possible victims of sexual assault" is one of those other things I learned as a campaign consultant. Add the daily media savaging of Moore's candidacy and the current conversation about sexual harassment and Democrats should be on the verge of victory, right?

The latest RealClearPolitics polling average has Moore leading Democrat Doug Jones by an average of 2.6 percent, almost doubling his margin for most of November, when the news of alleged sexual misbehavior broke. More significant for Moore is that the most recent polls tend to give him the larger leads.

The latest CBS News poll reflects the broader trend: While the race is neck-and-neck among Alabama registered voters in general, "Moore leads 49 percent to 43 percent among the likely voters who are most apt to vote on Dec. 12," CBS reports. The poll also finds more than 80 percent of Republicans plan to vote for their party's candidate and "a higher number of Moore's backers call themselves definite voters than do Jones' backers"

As one Republican politico told me not long ago: "Moore's voters have Election Day circled in red on the kitchen calendar."

So, the candidate with the most baggage is also the one with the most passionate support. Sound familiar? If you were watching the Trump campaign last year, it should.

The interesting question is how Moore went from a candidate who appeared on the verge of dropping out of the race to next week's likely winner. Some pragmatic analysts point to the mechanics of the election—there simply wasn't enough time after the allegations surfaced for the GOP to replace Moore on the ballot—and that's certainly part of the story.

But more significant is that first lesson: comparisons. And the Moore campaign has benefitted from some very helpful ones in the past two weeks.

For tough-on-crime southern conservatives, there's a lot to like about former prosecutor and Democratic candidate Doug Jones' record. As a U.S. attorney, he convicted Ku Klux Klan bombers and Olympic Park terrorist Eric Robert Rudolph. But after that, it's hard to find natural overlap between the red-state Alabama voters and Jones.

"Who was an Obama delegate?" Judge Moore's wife, Kayla, likes to ask on the campaign trail. "Who is for full-term abortion? Who is for more gun restrictions? Who is for transgender bathrooms?"

It's not a winning comparison for Jones in Alabama.

If Democrats had nominated a more centrist, or even a pro-life candidate, this race might look different. But they didn't.

The Moore Vs. Franken/Conyers Match-Up

It's not just Moore's campaign that's helping voters get over the character questions. Democrats have lent a hand as well. In the weeks since the disturbing allegations that Moore may have used physical force against women in the 1980, and may even have had sexual contact with a 14-year-old girl, a slew of allegations have arisen against both Democratic office-holders and liberal media figures.

Worse for Doug Jones, Democratic leadership has not handled the issues well. Sen. Al Franken offered a few confusing apologies but is back at work with little pressure to resign. The longest-serving man in Congress, Rep. John Conyers, was called an "icon" by Nancy Pelosi soon after allegations of sexual harassment were made public (she has since changed her position and called on Conyers to resign, which he did on Tuesday).

Compared to the behavior voters would like to be able to expect from elected officials, Judge Moore's actions seem all-but-unforgiveable. But compared to the current crop of scandals from across the partisan aisle, Moore is just another bad actor among many.

In addition, the confusing messages from Democrats on the broader issue of sexual harassment create a climate in which its easier for voters to justify support for a candidate like Moore. Perhaps the most astonishing number from the CBS News poll: 71 percent of Republicans claim they believe the allegations against Roy Moore are false -- an invention of Democrats, the media, or both. Based on the number of allegations and the thorough reporting, this may seem like an mind-bendingly high level of self-deception.

But in 1999, just after the impeachment and acquittal of President Bill Clinton, when knowledge of his bad behavior was at its peak, his job approval among Democrats hit 92 percent. This is the power of partisanship: If you can get your voters to compare you to your opponents based on party, they can often find a way to believe what they must to give you their support.

Over the weekend, Donald Trump hit the highest "disapproval" number for a president ever recorded by Gallup: 62 percent. But apparently nobody told Alabama, where he's got a 57 percent approval rating among all voters and a staggering 96 percent approval among Republicans. Judge Moore has always been the "Trump" candidate in Alabama, even when Trump endorsed his opponent Luther Strange in the primary. Moore has the anti-establishment, shoot-from-the-hip Trump style and Alabama Republicans knew it.

President Trump has now publicly thrown his support behind Moore, even calling him from the White House on Monday to offer a "Go get 'em, Roy!"

It's true that Moore's lead is very small for a Republican in Alabama. It's true that Trump beat Hillary Clinton there by nearly 30 percent. So compared to other Republicans, Moore is struggling.

The problem for Democrats is that he isn't running against a Republican.