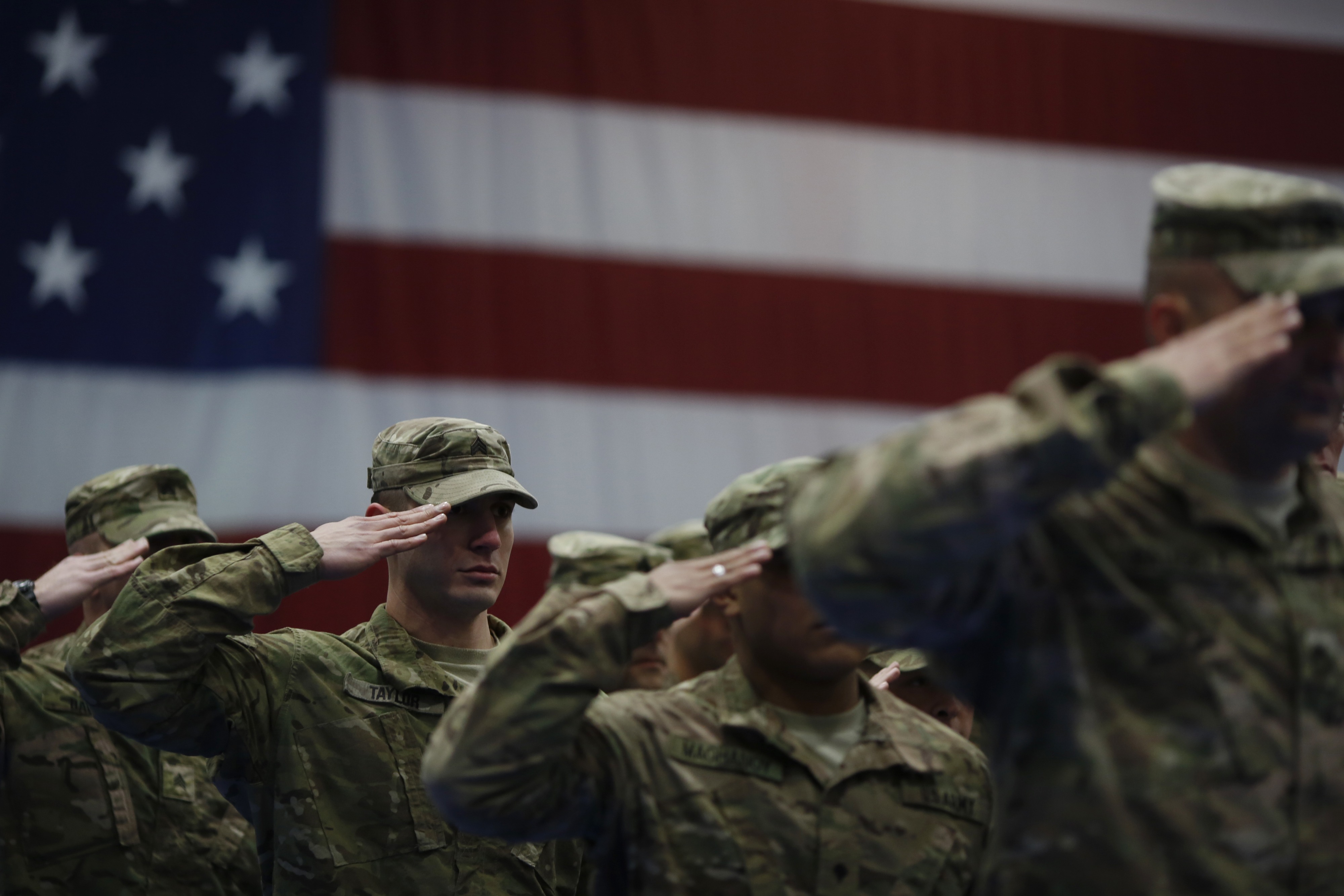 As U.S. leaders prepare for a new round of expanded military involvement in the Middle East, Americans are feeling more reluctant than ever to play a central role in international affairs, according to survey of U.S. attitudes on foreign policy released Sunday by the Chicago Council on Global Affairs.

Forty-one percent of respondents say we should stay out of other countries' affairs, the highest percentage ever recorded in the Chicago Council survey. But despite the rising support for disengagement, a solid majority (58 percent) continue to support the projection of American leadership abroad. And 83 percent still believes a strong U.S. leadership role in the world is desirable.

"Americans are not turning inward," the study's authors explain. "As they have for 40 years, they remain committed to maintaining a powerful military and a strong leadership role in international affairs to address security challenges abroad and enhance economic prosperity at home."

In an interesting partisan shift, though, Republicans are now more likely than Democrats to preach a more modest approach to foreign entanglements. 40 percent of Republicans believe the U.S. should keep to itself, while only 35 percent of Democrats agree. Republicans have traditionally been more supportive of intervention abroad, but after more than a decade of war, that may be changing. Since 2006, the number of Republicans voicing a reluctance to intervene has roughly doubled.

"This growing desire among Americans to 'stay out' of world affairs is linked to increased criticism of the wars in Iraq and Afghanistan, a decreased sense of threat, a long-standing desire to focus on domestic problems, and an increased divide among Republicans on this question," the authors say.

On a host of global flash points facing U.S. policymakers, Americans are also reluctant to engage militarily. Only 30 percent support "military intervention in Ukraine in the event of Russian invasion," 17 percent support sending American troops to Syria to fight jihadists, 25 percent support arming Syrian rebel groups to fight the extremists, and only 33 percent support a sustained American presence in Afghanistan after 2014.

On some issues, though, Americans overcome their reluctance to intervene. Sixty-nine percent say they're willing to "use U.S. troops to prevent Iran from obtaining a nuclear weapon," and 56 percent are willing to deploy U.S. troops to "attack terrorist training camps." Seventy-one percent support the use of force to prevent a foreign government from committing genocide.

And in terms of the threats faced by America today, the danger identified by the highest number of people (69 percent) is a large-scale cyber attack on U.S. infrastructure. Only six in 10 Americans identify international terrorism as the greatest threat facing the U.S., down from nine in 10 shortly after the 9/11 terrorist attacks.

The survey also contains Americans' views on globalization, the rise of China, the United Nations, and the Israeli-Palestinian conflict.

The figures contained in the survey are based on a poll of 2,108 adults nationwide conducted May 6-29. Results based on the full sample carry a margin of error of plus or minus 2.5 percent.