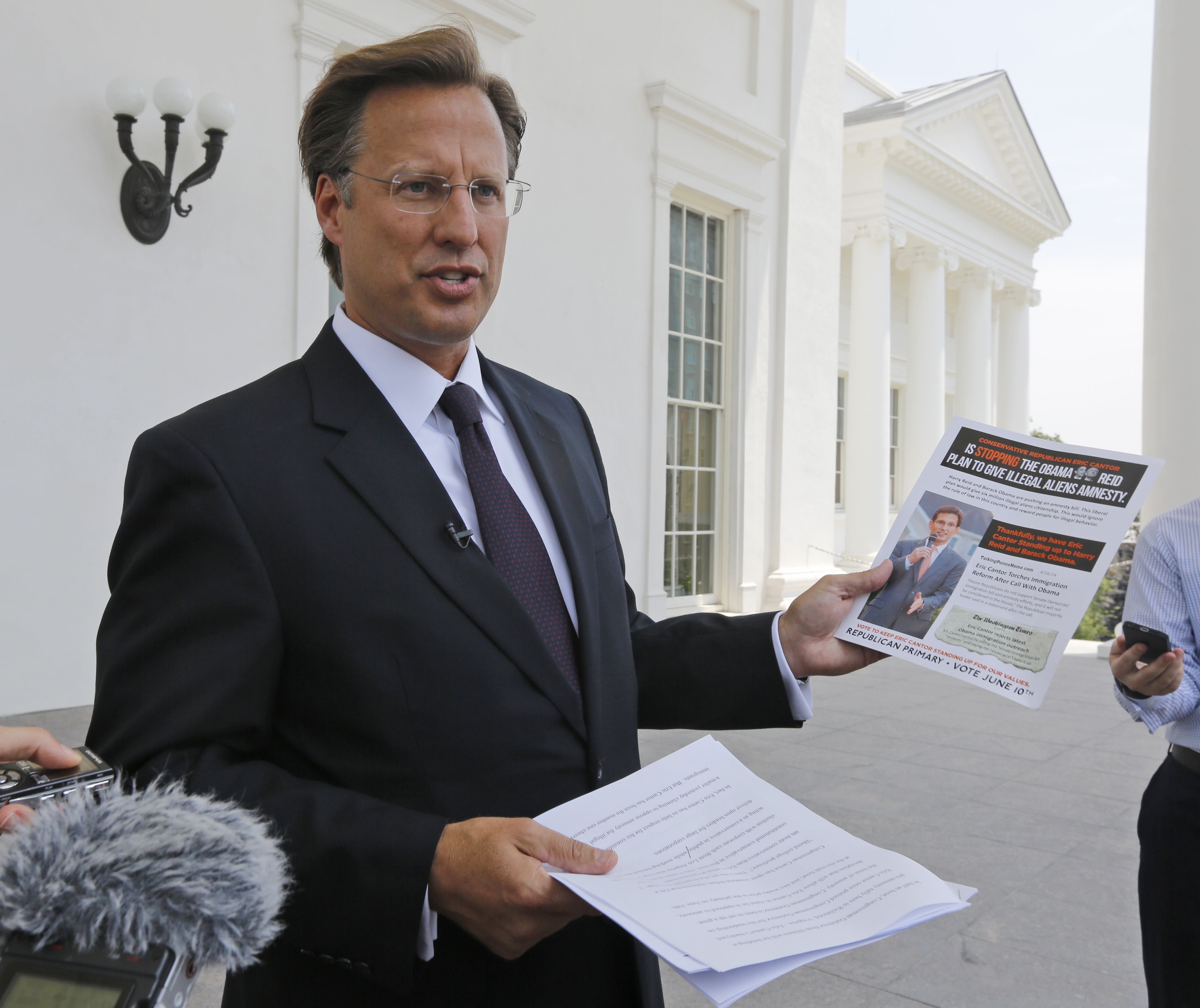 If decisions are made by those who show up, then the primary which ousted House Majority Leader Eric Cantor, R-Va., was a decision made by just 12 percent of the congressional district's voting age population who turned out in this summer primary. But it was clearly the most committed activists who did, and those most motivated to send a message not just to Cantor but, most likely, to Washington and the Republican leadership in a year where congressional approval has hovered near historic lows.

Cantor lost to political newcomer David Brat, 56-44 percent; by comparison he had won his last primary - which wasn't much of a race - with 79 percent in 2012. He was re-elected in the general by a comfortable 15 points.

Early in the evening as counts started coming in, Brat took the lead, but it appeared the reporting was from more deeply conservative parts of this wide district, many of them north of Richmond and more rural and suburban. Then Brat was up in Chesterfield county, in and around Richmond, and ended up winning it 56-44. Cantor's best bet might have been in the suburbs of Richmond, Henrico County, both vote-rich and potentially more moderate. It was not to be. He lost Henrico county as well by 54-46 percent, which signaled the end of his night.

Adding to the surprise factor, there was little to no public polling to speak of - few, in fairness might have seen the need to do one.

Cantor's own internal polling reportedly showed him up by more than 30 points. If that is the case, one possible explanation is that there would have been a dramatic difference between the number and type of voter who said they planned to turn out, and those who actually did. In primaries with such low turnout, identifying the voters' intent can be a difficult business.

Throughout the run-up to the 2014 primary season Republican House members had openly worried about primary challenges based on immigration reform, which many tea party voters oppose on the grounds it could constitute amnesty for illegal immigrants. Cantor had worried enough about the prospect himself that he spoke out against the prospect of amnesty recently. This loss - just one, but by far the most high-profile - might only serve to cement that idea, and stall the prospects for immigration reform along with it.

More broadly, it will - and probably should - be read as a clear message from the tea party to that leadership, as tea party activists show they are unhappy not just with Washington and Democrats but often with what they see as "the establishment" of the Republican party as well. In two weeks the tea party will look to make another high profile win in the Mississippi Senate contest's runoff.