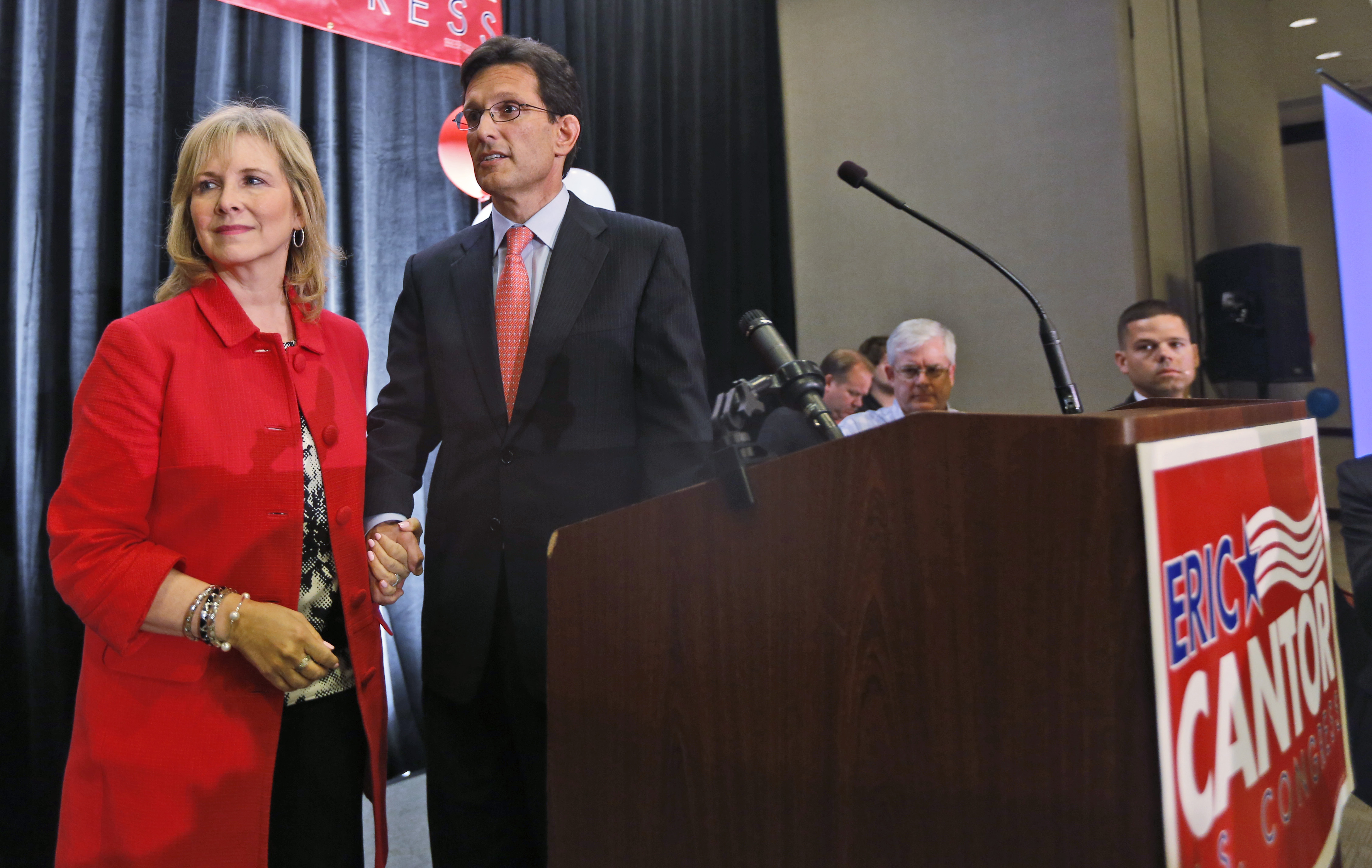 House Majority Leader Eric Cantor's stunning primary loss to David Brat, a tea party-aligned Republican, is sending shockwaves through the political world, stunning everyone but nobody more than House Republicans.

One top Republican House member emailed to say: "Yikes. I didn't see that coming." House Speaker John Boehner's team is also stunned but has yet to issue a public reaction.

As the GOP processes this shocking turn of events, there will be three major repercussions from Cantor's loss:

Cantor was arguably the most conservative member of the House leadership, and widely seen as Boehner's successor. He was an early champion of the tea party, and for a while, he broke with Boehner on some big issues. But in recent months, especially after the government shutdown, when the tea party lost a lot of credibility, Cantor started siding with Boehner again. That irritated some of the party's more conservative members, who started talking up staunch conservatives like Jeb Hensarling of Texas for House Speaker. Cantor's loss boosts Hensarling's chances tremendously. The number three House Republican, Majority Whip Kevin McCarthy, R-Calif., and the number four Republican, Conference Chair Cathy McMorris Rodgers, R-Wash., are both well-liked, but have never demonstrated the kind of desire to be speaker that Cantor did.

Certainly, Cantor's loss puts a damper on any Republican talk of immigration reform. It was Brat's marquee issue. But the reality is, immigration reform was basically dead this year already. Boehner dropped it when it became clear that many House Republicans opposed comprehensive reform, especially in an election year. There was some weak hope that Congress might take immigration up in the lame duck session. That's now even less likely than it was.

Conservative groups are elated tonight. They took down a giant, and brought an abrupt end to the storyline that the tea party is in decline. On the other hand, they just eliminated the House leader who was most likely to side with them on big issues. You can't quite argue that Cantor was taken by surprise, because he outspent his opponent 40 to 1.