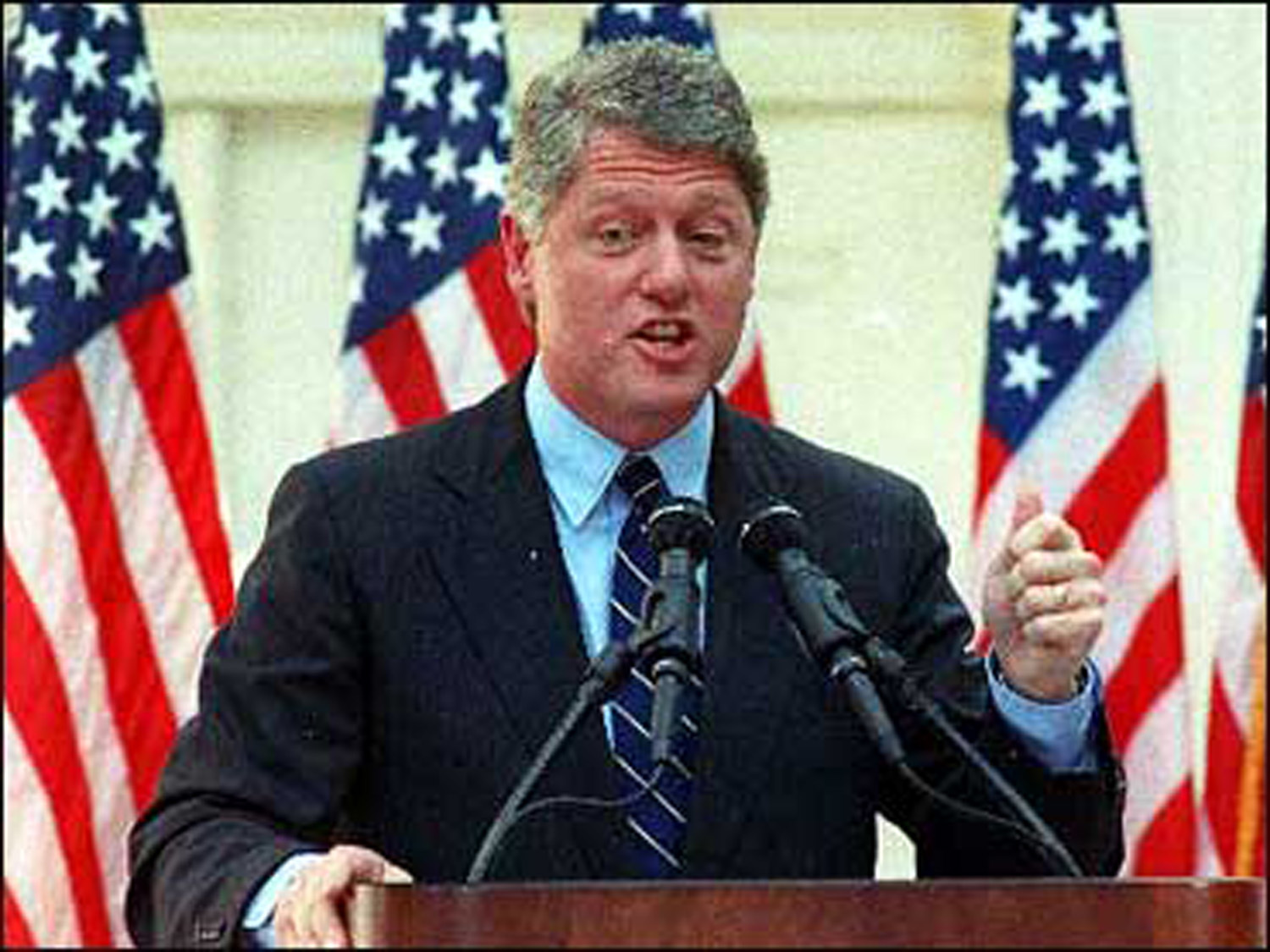 Since the end of World War II, every Democrat who has sought the presidency has attempted to update the legacy of Franklin D. Roosevelt's New Deal.

In announcing his candidacy Clinton called his reformed liberalism "a new covenant." By this he meant a revitalized connection between government and the citizenry that rejected the Reagan Republican idea of laissez-faire, but that also reemphasized what Clinton called "the solid, middle-class virtues of hard work, individual responsibility, family, community, and faith." The phrase "new covenant" did not stick, but the idea behind it would become the guiding light of the Clinton administration for the ensuing eight years. During that time, it offered Democrats and the nation at large a reopened path to the future that had been blocked since the distempers of the late 1960s and, in particular, since the tragedies of 1968.

Lyndon Johnson's embrace of the civil rights movement in 1964, followed by the presidential candidacy of George Wallace four years later, had insured the movement of the great bulk of the white South into the Republican Party. And, in 1968, the Democratic Party's crack-up over Vietnam and racial disorder opened what became a deep division between relatively affluent and highly-educated northern "new politics" liberals and the party's traditional blue-collar and white rural liberal base. That division fed the growing impression that liberalism was an elitist conceit dedicated to draining the middle-class in favor of the poor--Reagan's "welfare queen."

Despite the Republicans' crisis over Watergate and the brief liberal resurgence in 1974, the Democrats' divisions remained. The party increasingly became identified with its "progressive" wing, devoted to expanding the rights of racial and sexual minorities as well as women, reflexively opposed to American military operations abroad, and skeptical about if not hostile to conventional cultural taboos. Traditional Democrats--more interested in lunch-pail economic issues than in identity politics--remained essential to the party's success but felt increasingly distant from it. Jimmy Carter tried to combine elements of the new and the old, but shaped a technocratic, anti-political, anti-Washington frame of mind that undercut both his administration's relations with the Democratic Congress and the public's confidence in the White House's competence. After 1980, Democratic liberalism remained directionless and the party as a whole lacked credibility.

In his announcement speech, Clinton offered a fresh political synthesis of liberal themes. He forthrightly endorsed the legacy of the civil rights movement and of the feminist victories of the 1970s, including, on the abortion issue, a woman's individual right to choose. With a Southerner's experience, he emphasized how divisions over race, still being inflamed by Republicans in the late 1980s and early 1990s, operated to reinforce privilege. That perception led directly to Clinton's insistence that the interests of the ordinary middle-class ought no longer to be pitted against aspiring minorities. This false opposition, he said, had for too long been a key to conservative political domination. What he did not say--and did not need to--was that some elements of his own party still beheld Middle America with suspicion, if not contempt, as the caricatured "Reagan Democrats" embittered at the cultural impact of the 1960s and taking refuge in backward provincialism.

Clinton aimed to win back alienated traditional Democrats not by shifting to the right, as some pundits have claimed, but by retrieving basic political principles enunciated by FDR and those successful liberal Democrats who followed him. Nothing cost Clinton more political capital inside the left wing of his party than his advocacy of welfare reform. "We should expect people to move from welfare rolls to work rolls," he proclaimed in his announcement speech. "We should give them the skills they need to succeed and then insist that they move into the workforce to become productive members of society." These were fighting words to some liberal Democrats. Yet in 1936, in a rip-roaring attack on Republican callousness, FDR had defended those forced on the relief rolls while adding, "Of course we will provide useful work for the needy unemployed; we prefer useful work to the pauperism of a dole." As a matter of policy, Clinton aimed to return liberalism to its basic ideas, not to forsake its ideals. And in doing so, he would help accomplish the crucial political task of removing from national politics one of the issues that had helped Republicans inflame the middle class against the poor, especially the minority poor, as well as against the Democratic Party.

In order to overcome the Reagan ascendency Democrats needed to advance the rights secured during the 1960s while returning to more traditional political bedrock. To a remarkable extent, Clinton delivered on that promise. In doing so, he made the nation comfortable once again with the idea that the well-being and future prospects of most Americans require strong and effective leadership by the federal government. It was a matter of common sense, Governor Clinton said in 1991: "Government's responsibility is to create more opportunity for everybody, and our responsibility is to make the most of it." These are Democratic ideas, and liberal ones. Bill Clinton reaffirmed, updated, and carried them forward into the twenty-first century.

Bio: Sean Wilentz is a contributing editor at The New Republic and the author of Bob Dylan in America.  The opinions expressed in this commentary are solely those of the author.