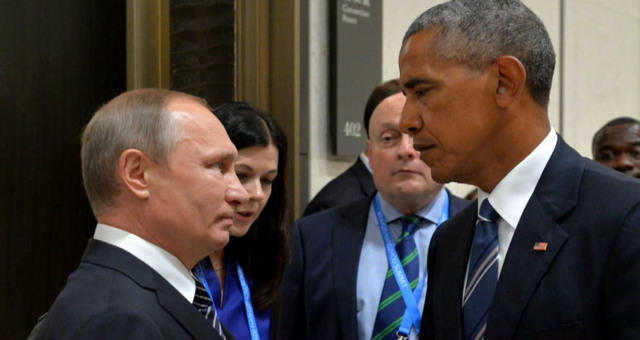 It’s by now a familiar cycle: news breaks that troves of sensitive data from some key database, server or system have been compromised, and a game of high-level speculation — engaging the most sophisticated reporters, techies, wonks, and public officials nationwide — is underway.

But, in an age in which cyber attacks are multiplying in frequency, intensity and scale, we’ve gotten used to asking the wrong questions, Cylance CEO Stuart McClure told CBS News.

“The jump to the ‘Who?’ really does us a disservice,” McClure, speaking from the World Economic Forum Annual Meeting Thursday in Davos, said.

In reality, chasing attribution for cyber attacks is “almost 100 percent fruitless” given how easy it is to cover and obscure one’s tracks, he said.

Cylance’s software attempts to apply A.I. algorithms to ward off future attacks. In simple terms, Cylance deploys “smart” algorithms that dynamically analyze attacks of the past in order to present similar events in the future.

“[Our machine learning algorithms] take large amounts of data, that you and I would fall asleep trying to process, and never forget what they process, and they can learn from that to make great decisions going forward,” McClure explained.

Expanding the use of machine learning technology in cyber security could be a game changer the reshapes the industry’s effectiveness, he argues.

Instead, security companies could free their workers’ schedules to solve more complex puzzles: for instance, analyzing a sophisticated attack that managed to bypass existing algorithms.

Artificial intelligence has been a major talking point — invoking both excitement and anxiety — among the millionaires, billionaires, and industry leaders attending this year’s annual meeting at Davos.