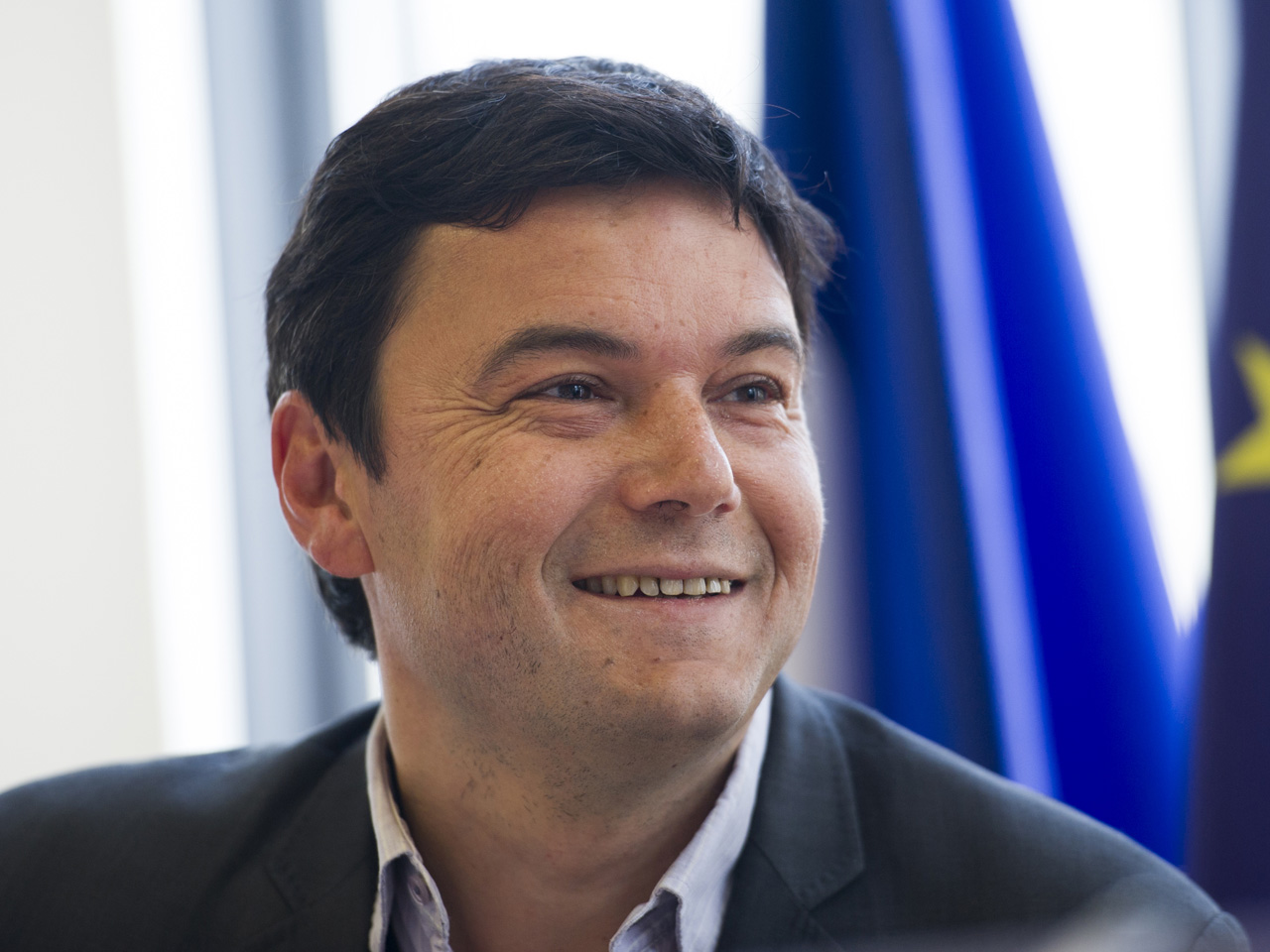 "Capital in the Twenty-First Century," at first glance, seems an unlikely candidate to become a best-seller in the U.S. After all, it's 700 pages long, translated from French, and analyzes centuries of data on wealth and economic growth.

But the book, from economist Thomas Piketty, is now No. 1 on Amazon.com's best-seller list, thanks to rave reviews and positive word of mouth. Beyond that, however, the book has something else going for it: "Capital" has hit a nerve with Americans with its message about income inequality.

An economics book becoming a best-seller is "unusual, and it speaks to the fact that Piketty is addressing a really fundamental issue," said Lawrence Mishel, president of the Economic Policy Institute. "He has his finger on a great dynamic, and is changing the terms of our discussion. Rather than asking why low-wage workers are not doing well, it focuses on the wealthy and the role of capital."

The main thrust of the book is that, in the jargon of economists, the rate of return on capital has far outstripped the rate of economic growth. The book also portrays the post-World War II period of economic progress across all classes as an anomaly, not the norm.

The result: mounting income inequality, as the wealthiest Americans gain a growing share of the nation's economic spoils -- and political power.

"When the rate of return of return on capital exceeds the rate of growth of output and income, as it did in the nineteenth century and seems quite likely to do again in the twenty-first, capitalism automatically generates arbitrary and unsustainable inequalities that radically undermine the meritocratic values on which which democratic societies are based," Piketty writes.

"Capital" has sold about 48,000 hardcover copies and as many as 9,000 e-book versions, Harvard University Press told The Washington Post. But if you want a hardcover copy, you may be temporarily out of luck, at least if you're shopping at Amazon -- the book was out of stock at the retailer as of Wednesday afternoon.

The book may end up as one of those doorstoppers that people like to tote around as a way to demonstrate their seriousness. After all, despite its huge sales, the book only has 57 reviews on Amazon, which could indicate that people are buying it, but potentially either not cracking the cover or finishing it. By comparison, Michael Lewis' "Flash Boys" -- No. 6 on Amazon's best-seller list -- has already drawn more than 600 reviews on Amazon, and it was released about three weeks later than Piketty's.

Nevertheless, Piketty's book is earning serious kudos in the economics and public-policy worlds, with the Nobel Prize-winning economist Paul Krugman calling it a "magnificent, sweeping meditation on inequality" in The New York Review of Books.