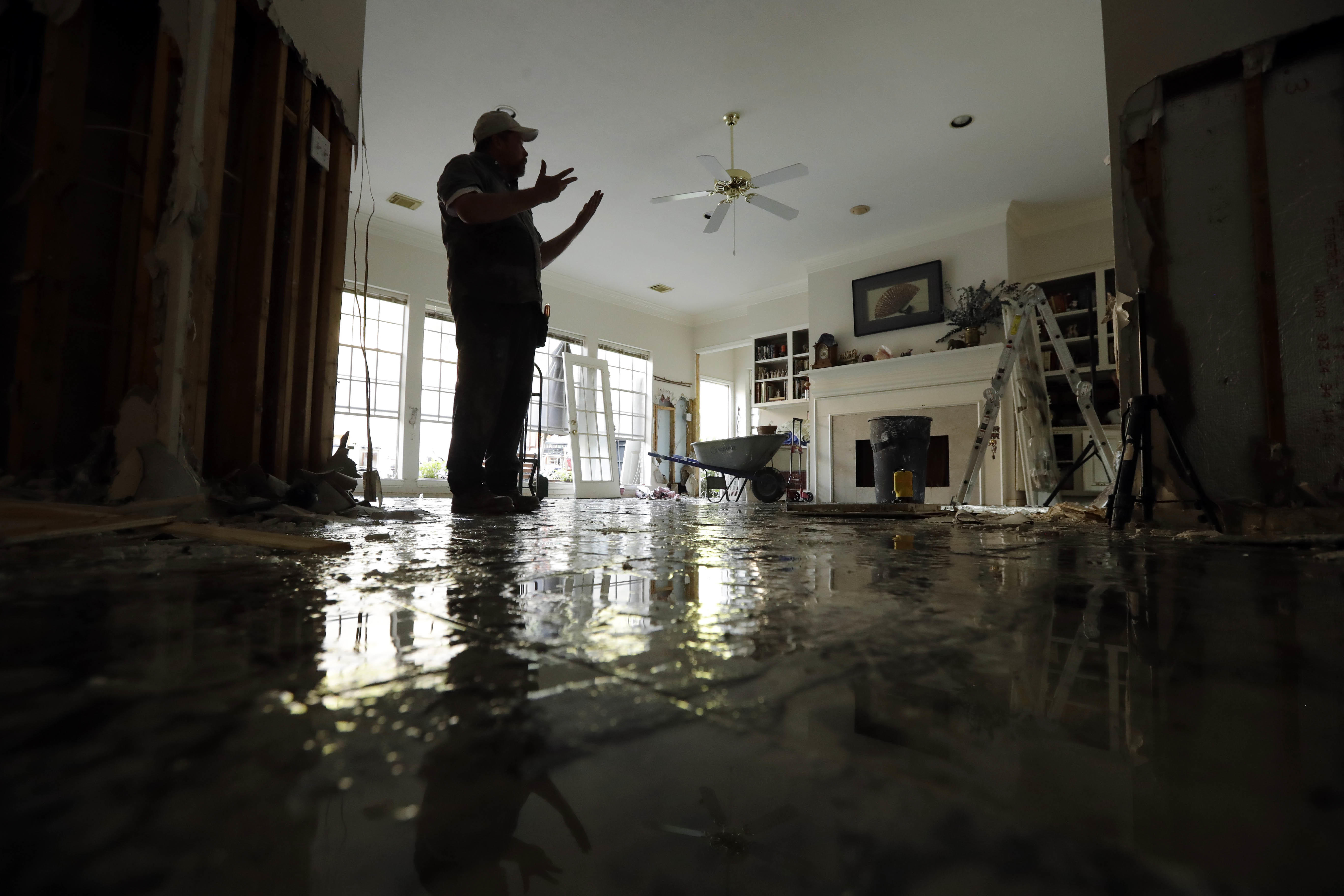 The devastation from Hurricane Harvey posed many immediate threats to the lives and health of millions of Texas residents.

But as the waters begin to recede and evacuees return to their homes to assess the damage, another threat that may not be at the top of people's minds is likely to become a growing concern: mold.

The wet conditions and warm, damp climate in Texas create the perfect conditions for mold to thrive — and it can begin to appear very quickly after a hurricane.

"Mold can grow relatively fast, within days," Dr. Sumita Khatri, co-director of the Asthma Center at Cleveland Clinic, told CBS News. "It's one of those things you might not think about but if you're not proactive it could catch up with you later."

The major health concerns involving mold include irritation or damage to the respiratory tract.

"If somebody has chronic sinus issues, it will get worse. And for people who were previously healthy, who did not have respiratory issues before, they can develop them," Khatri said. The throat and lungs can also be affected with symptoms similar to a respiratory infection.

Chronic conditions like asthma and chronic obstructive pulmonary disease (COPD) can be exacerbated by breathing in mold spores. If the mold problem is not addressed, it can continue to wreak havoc on the respiratory system indefinitely.

"There have been many studies that show that if you have a chronic respiratory problem, if you're being exposed to mold on an ongoing basis, no matter what medications you're on, unless you're removed from that, it can cause progression of the condition where even the medications won't help you that much," Khatri said.

Mold growth after hurricanes is extremely common and widespread. Studies showed extensive mold growth in New Orleans homes affected by Hurricane Katrina — even in those that had only flooded partway.

Similar cases were reported in Brooklyn after 2012's Superstorm Sandy. Last year residents of the borough's Red Hook neighborhood were still reporting mold growing in their apartments as a result of the storm.

Experts say it's important to eliminate mold as quickly as possible to prevent health problems.

Khatri warns that when people first return to a home that's been flooded, they need to wear protection.

"People think they'll just go in and then go out really quick, but if there's a large enough mold even that quick hit can be like smoke inhalation, if you can think of it that way," she said.

She recommends wearing a facemask when entering a home that has been flooded, which will offer more protection than just using a handkerchief or other piece of cloth.

Cleanup crews and those doing renovations should also take care to protect themselves with facemasks. Increased levels of mold can continue to grow for a year after a hurricane, Khatri said.

Both now and in the long-term, she notes it's important for people with chronic respiratory conditions to remain on their medications and take them as directed.

Even those who did not have any respiratory issues before should pay attention to any changes that occur regarding their health.

"With that kind of flooding, the whole microbiology environment in which they live, both outside and inside the home, has now been altered," she said. "So people may notice differences in their sensitivities over time and they should not ignore them, and when they have the time, they should get them evaluated."