The housing sector, the patient at the epicenter of the financial crisis, is stabilizing. While the data released yesterday confirms that housing is off life support, today's numbers demonstrate that it's moved down the hall to the critical care unit. 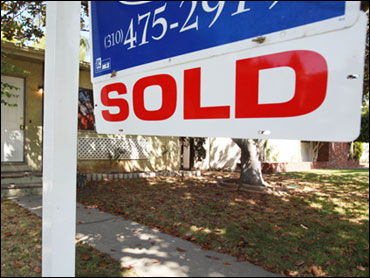 The National Association of Realtors (NAR) said November Existing Home Sales were boffo - up 7.4%, the highest rate in nearly three years. In fact, resales are up 46% since January, although still down 10% from the peak.

The median sales price of an existing home was $172,600, down 4.3% from a year ago and approximately 30% lower than the top of the market. Hence the cries of sellers who note that they "could have gotten much more if ... "

The Census Bureau was a buzz kill this morning, reporting that New Home Sales got clobbered last month. Analysts had expected that sales rose 2.5% from October - instead they dropped 11.3%. There's no way to spin this - this was a very weak report. The best thing to say about the data is that it stinks, but nearly as bad as reports earlier in the year.

Here are the three factors that allowed the patient from life support into critical care:

•Low prices: Foreclosures and distressed sales continue to put downward pressure on prices
•Cheap mortgage rates: 5% for a 30 year fixed rate mortgage is about as cheap as you can get - you can thank the government for buying trillions of dollars of mortgage-backed securities, which has kept a lid on rates.
•Uncle Sam's first time homebuyer credit: NAR estimates that 2 million buyers have taken advantage of the credit thus far. Last month, first-time buyers made up about half of all resales

So what does all of this mean for 2010? The action should be OK in the first quarter, because the government extended the tax credit through April 30th. It's estimated that another 2.4 million first-time and qualifying move-up transactions will occur between December and April. Low mortgage rates should persist in Q1, but we may see them drift a bit higher after the government winds down its mortgage security purchase program. Finally, if the economy continues to recover, potential homebuyers may feel secure enough to take the plunge.

But here's why housing is like to remain in critical care for a while:

•The economy may not improve quickly enough to motivate buyers after the first wave of buyers: I'm hopeful that the combination of accommodative monetary and fiscal policy will do the trick, but there's a long way to go. The Great Recession was deep, broad and equally damaging to housing prices as it was to consumer sentiment.
•Foreclosures are looming: According to First American Core Logic, there is an estimated 1.7 million units in housing inventory that hasn't hit the market. This includes properties owned by banks and mortgage companies and is sometimes called "shadow inventory." Those extra properties add to existing supply and will exert downward price pressure on the market.
•Expiration of tax credit: After April 30th, the $8,000 (or $6,500 for those who relocate) the nudge factor will be gone. Without it, it's not clear what will motivate buyers.

So what's a potential buyer to do? The answer is do what's right for you! If you are ready to buy a house and can afford to do so, now is a pretty good time. If you're looking for a quick buck, well, that's so 2005. I'm taking the plunge - I signed a P&S yesterday!

More on MoneyWatch:
•7 Ways to Ruin Your Resume
•Plus: Real-Life Resume Makeover
•Does Senate Health Plan Hurt Retirees?
•College Football's Dirty Little Secret
•How to Win: 5 Tips from Obama Campaign
•'Lost Decade'? Didn't Have to Be
•Best Money Moves for 2010