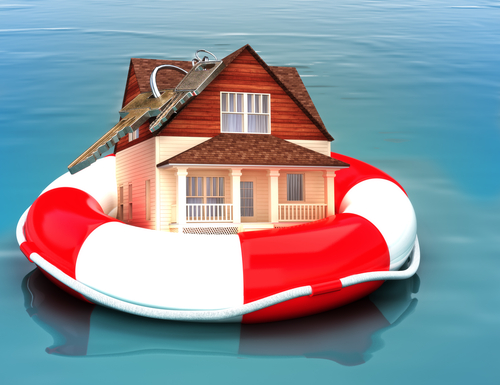 (MoneyWatch) About 1.3 million more homeowners have surfaced from underwater mortgages, as home prices continue to climb and push more homeowners out of the shadow of negative equity, according to the latest survey from real estate listing firm Zillow.

In the third quarter of the year, 28 percent of all homeowners -- or about 14 million -- have mortgages that are still underwater, down from 31 percent or 15.3 million homeowners in the second quarter, according to Zillow. The figures confirm a finding from CoreLogic in its second quarter negative amortization survey.

The drop in negative equity is sizable compared to previous quarters. From the first quarter of 2012 to the second, negative equity was only down .5 percent from 31.4 percent to 30.9 percent.

Prior to that there was actually growth in negative equity as recently as 2011, where the number of homeowners underwater hovered between 30 and 32 percent.

Homeowners who are younger than 40 were particularly hard hit, with almost half with underwater mortgages. But even that figure dropped from 48 percent in the second quarter to 44 percent in the third quarter.

Much of the recent decline in negative equity can be attributed to home values rising 1.3 percent in the third quarter compared to the second quarter, to a median value of $153,800, according to the Zillow Home Value Index.

But the slow growth in home values may hit a standstill if the federal government can't work out its pending fiscal problems.

"The fall in negative equity rates means homeowners have additional options for refinancing or selling their homes," said Stan Humphries, Zillow's chief economist in a release. "But while we're moving in the right direction, a substantial number of homes are still locked up in negative equity, unable to enter the existing resale market despite the desires of their owners. The housing market has found real momentum of its own, but is not immune from shocks to the broader economy. If negotiations centered on resolving the fiscal cliff don't inspire confidence in investors and consumers alike, recent home value gains -- and, as a result, falling negative equity rates -- could stall."

In his first press conference since winning re-election last week, President Barack Obama told reporters Tuesday that he would not allow the current Bush-era tax rates for the top 2 percent of wage earners to continue. With his promise that he will effectively raise taxes on some Americans, a move Republicans categorically oppose, negotiations will be tough.

That could spell more trouble for the housing market, which has seen slow steady turnaround, even in the areas hardest hit during the recession.

For that trend to continue, the economy needs to remain stable and more people need to find stable employment.