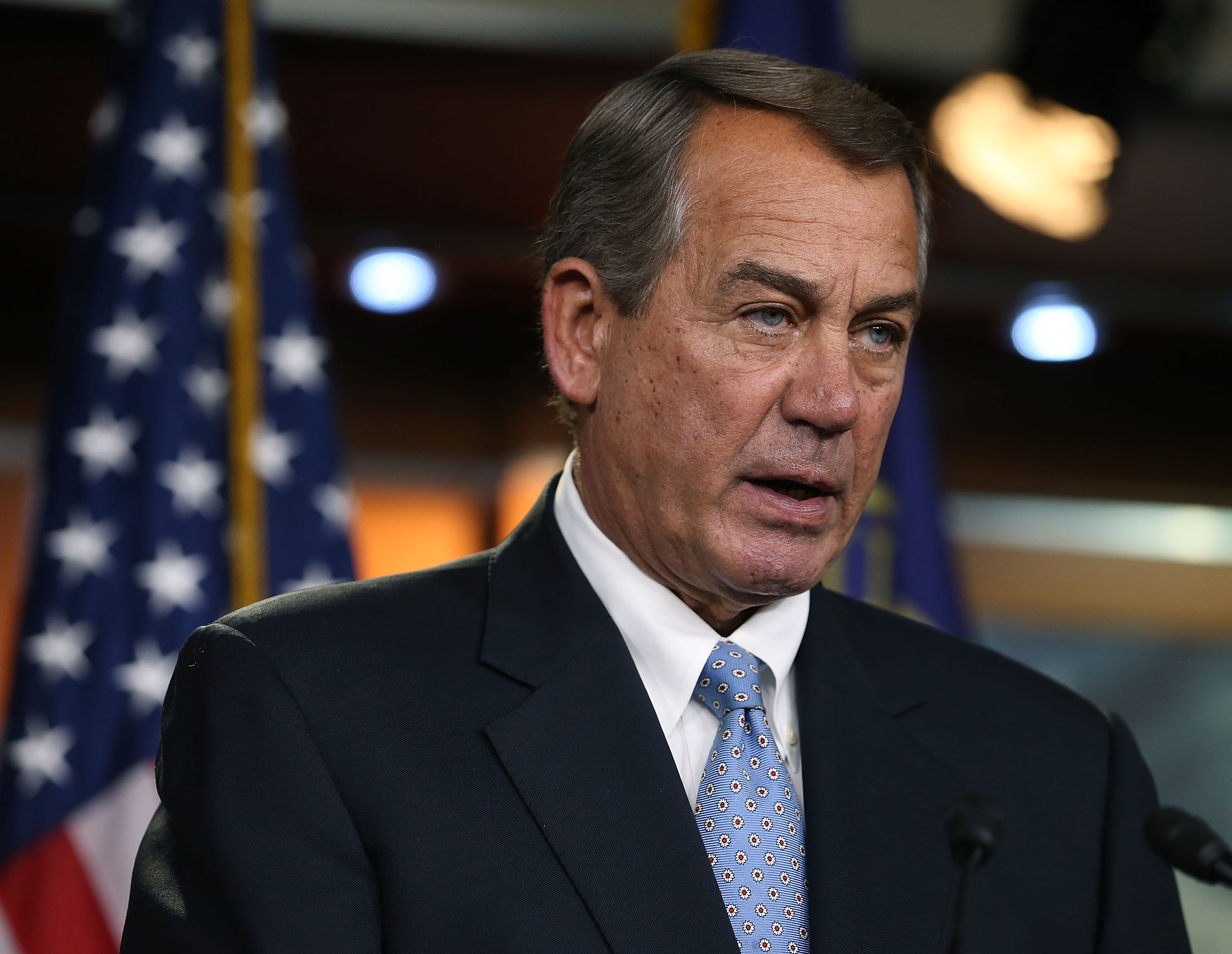 House Speaker John Boehner made his decision to step down from Congress quickly, considering it Thursday night and then concluding Friday morning, "Today's the day I'm going to do this," he told reporters Friday afternoon.

Boehner, who announced he would leave the House at the end of October, said he had originally planned to announce his departure on his 66th birthday on Nov. 17, but he moved up his timeline because of the "turmoil that's been churning now for a couple of months," he said.

The Republican leader has come under fire repeatedly in recent years from conservatives in the House GOP conference. Boehner announced his departure to his fellow House Republicans Friday morning, amid the latest GOP conflict over whether or not to risk shutting down the government over Planned Parenthood funding.

"My mission every day is to fight for a smaller, less costly, and more accountable government. Over the last five years, our majority has advanced conservative reforms that will help our children and their children," Boehner said in a statement he released via Twitter. "It is my view, however, that prolonged leadership turmoil would do irreparable damage to the institution. To that end, I will resign the Speakership and my seat in Congress on October 30."

The speaker noted that he was ready to retire at the end of last year, but he "stayed on to provide continuity to the Republican Conference and the House." The unexpected loss of House Majority Leader Eric Cantor -- who was ousted from office in the 2016 GOP primary for his Virginia seat -- changed Boehner's plans.

The widely held belief is McCarthy will ascend to the speakership, and Rep. Steve Scalise of Louisiana, currently majority whip, would rise to majority leader, Garrett reports. Sources also say Rep. Patrick McHenry of North Carolina will make a strong bid for majority whip and appears to have an edge. Rep. Cathy McMorris Rodgers of Washington, currently GOP conference chair, is also a potential contender for the whip's job.

In a statement, McCarthy called Boehner a mentor of his, as well as a "true statesman, always moving forward with the best interests of the American people close to his heart."

McCarthy added, "Now is the time for our conference to focus on healing and unifying to face the challenges ahead and always do what is best for the American people."

Boehner has represented Ohio's 8th district since 1991. He served as House Majority Leader from 2006 to 2007. In 2010, when Republicans won control of the House with a wave of tea party support, he was unanimously elected speaker.

He has, however, struggled to unify the increasingly conservative Republican caucus in the House. Back in March, for instance, the GOP fought over how to respond to President Obama's immigration actions and nearly shut down the Department of Homeland Security over the matter. Appearing on CBS' "Face the Nation" at the time, Boehner called the House a "rambunctious place" and called the infighting over immigration "just messy."

"We do have some members who disagree from time to time over the tactics that we decide to employ, but remember, Republicans are united in this idea that the president has far exceeded his constitutional authority," he said.

When Boehner announced his resignation in a GOP conference meeting Friday morning, he also announced that the House would vote on a Senate-passed bill to fund the government for two more months -- without removing Planned Parenthood funding.

Nobody saw this coming, he said, calling it "biggest shock I've had in 22 years." King slammed the right-wing of the GOP as "anarchists" who "just want to bring down the place."

Some claim the House majority has been "hijacked by the fringe element of the Republican Party," Pelosi told reporters Friday. "We're seeing evidence of that now."

The conservative group Heritage Action for America called Boehner's departure a "sign that the voice of the American people is breaking through in Washington."

"Americans deserve a Congress that fights for opportunity for all and favoritism to none. Too often, Speaker Boehner has stood in the way," Heritage Action CEO Michael Needham said in a statement.

Boehner will appear live on CBS' "Face the Nation" this Sunday.