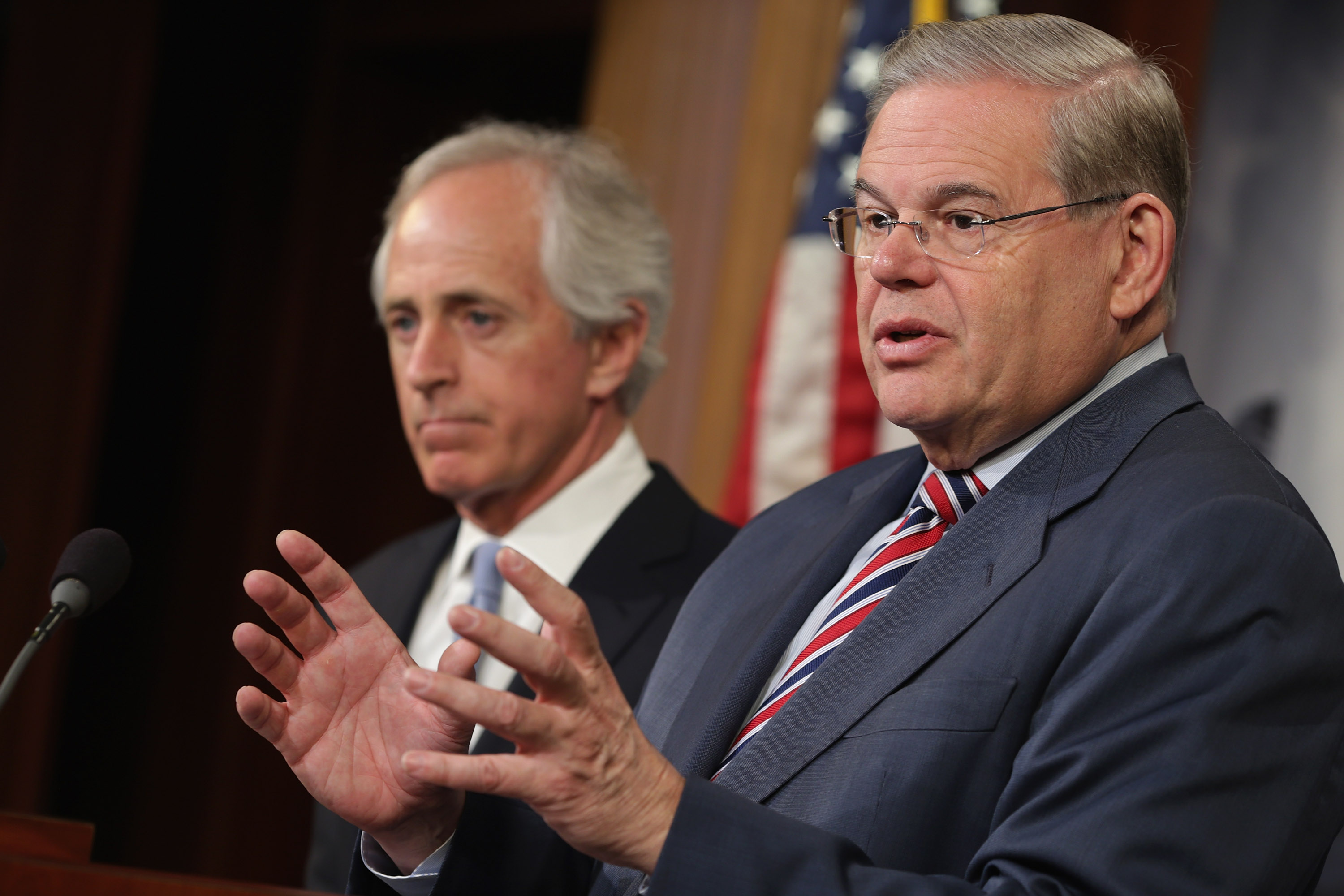 Congress spoke with one voice against Russia's annexation of Crimea, passing legislation in the House and Senate giving help to cash-strapped Ukraine and imposing sanctions against Russia.

The Senate approved the legislation by voice vote Thursday at the same time the House was passing a different version on a 399-19 vote.

The votes were a show of solidarity with President Obama, who had already announced sanctions against Russian President Vladimir Putin and others. The president spent several days rallying U.S. allies to stand firm against Putin's aggression.

Lawmakers intended to get a final measure to the White House by day's end.

Each bill would provide $1 billion in loan guarantees to Ukraine and impose penalties on Russia for its aggression.

"President Putin is watching ... waiting to see if we have the resolve to act," said Sen. Bob Menendez, D-N.J., chairman of the Senate Foreign Relations Committee.

Menendez said the Senate bill would provide $1 billion in loan guarantees to help stabilize Ukraine's economy and would authorize assistance for democracy, governance and civil society programs and enhanced security cooperation. It also would provide support for the Ukrainian government to help recover assets linked to corruption by former Ukraine government officials.

The measure also would sanction those who are responsible for human rights abuses against anti-government protesters and those responsible for undermining the peace and sovereignty of the Ukraine.

Targeting Russia, the bill also would freeze assets and revoke visas of Russian officials and their associates who are complicit in or responsible for significant corruption in Ukraine.

"Putin's cronies should recognize that Putin may not be the right horse to be betting on any longer," Menendez said.

The Senate bill authorizes $50 million in assistance to Ukraine for such things as improving democratic governance and anti-corruption efforts; supporting free and fair elections in Ukraine; and bolstering democratic institutions and civil society organizations.

Swift approval of the legislation came after Senate Democrats backed down and stripped International Monetary Fund reform language from the bill. The move signaled a retreat for Democrats and the Obama administration, which had promoted the IMF provisions.

But with tens of thousands of Russian troops amassed on Ukraine's eastern border, Senate Democrats decided it was more important to denounce Russia, codify sanctions against Putin's inner circle and support Ukraine rather than push now for the IMF changes.

Ukraine's Finance Ministry has said it needs $35 billion over the next two years to avoid default. Asked if the $1 billion in loan guarantees that Congress was pledging was enough, Menendez noted that the U.S. was the largest contributor to the IMF, which in a separate move on Thursday pledged up to $18 billion in loans to prop up Ukraine's teetering economy.

During a press conference in Rome, President Obama hailed the IMF loan package as a "major step forward."

"This significant package of support is going to help Ukraine stabilize its economy," he said, adding that it is a "concrete signal of how the world's united with Ukraine."

Mr. Obama reiterated that the U.S. will impose further sanctions on Russia if it does not change course, acknowledging that such sanctions could have some impact on U.S. businesses.

"We have not yet taken steps that would target entire sectors of the Russian economy like finance or military sales or energy," Mr. Obama said. "But what we are doing in consultation with our allies is to work through each of those sectors and look at what kinds of sanctions potentially could have a powerful impact. None of them, to have a powerful impact on Russia, are going to have zero impact on the U.S."

However, he said the sanctions are being drawn up to minimize the impact on the U.S. and its allies. "Even better, hopefully we don't have to use them because Russia decides... try to resolve this in a peaceful and lawful way," he said.
View CBS News In
CBS News App Open
Chrome Safari Continue