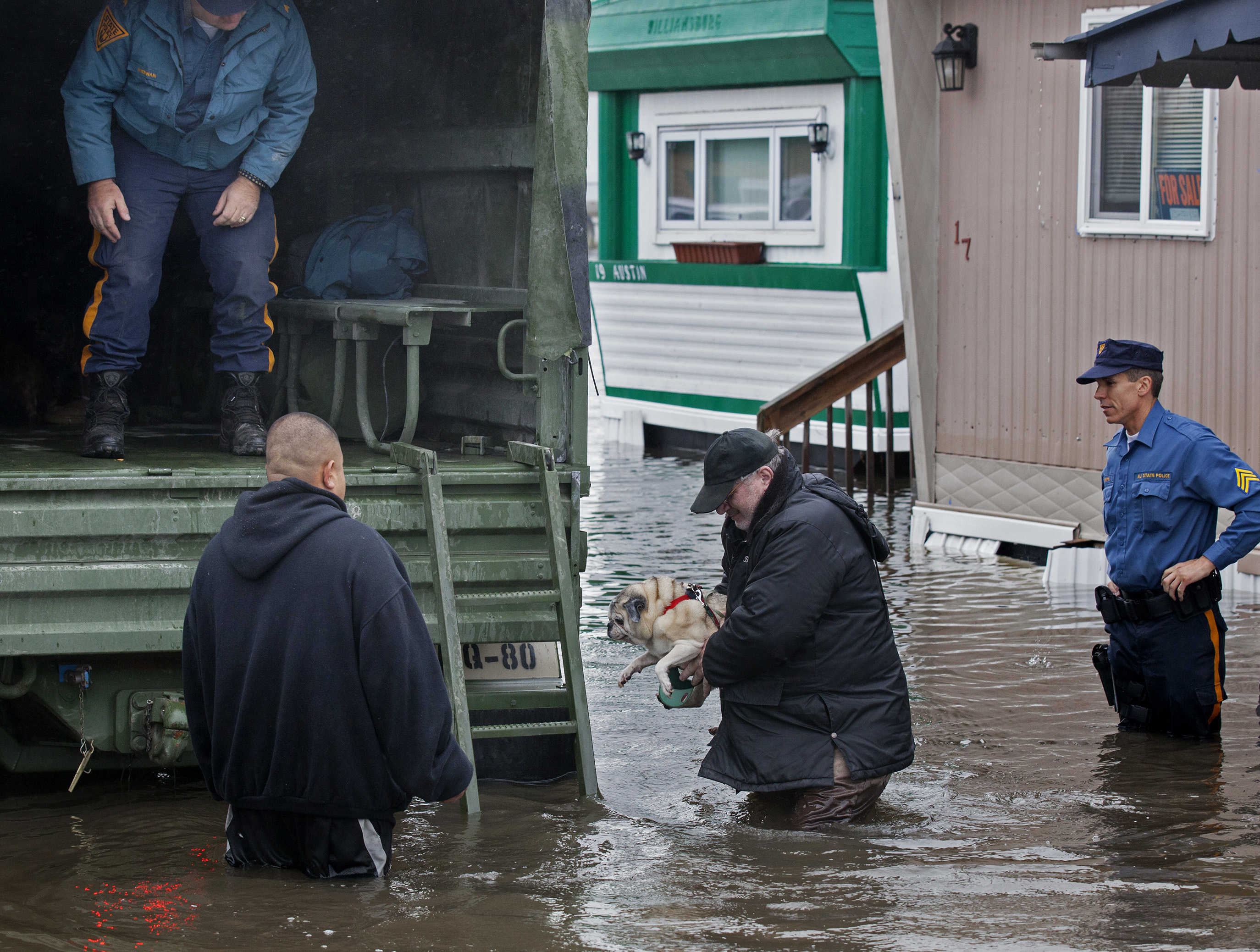 The House of Representatives today passed a $50.7 billion bill to provide funds for Hurricane Sandy relief as well as other natural disasters. The vote was 241 to 180, with 179 Republicans and one Democrat voting no.

The bill will now move to the Senate, where it is expected to be passed by lawmakers after the new session begins on January 22, though it's possible it could be passed by voice vote this week. It is then expected to be quickly signed into law by President Obama.

The package was divided into two parts: A $17 billion bill for immediate recovery from Sandy, and another $33.7 billion amendment for long-term recovery and investment to limit the damage from similar events in the future. The October storm is believed to be responsible for 140 deaths and billions of dollars in damage centered in New York, New Jersey and Connecticut. It damaged or destroyed hundreds of thousands of homes and businesses and knocked out transit systems and power grids.

The package provides more than $16 billion for the New York and New Jersey transit systems as well as more $16 billion for Housing and Urban Development funding for recovery from Sandy and other disasters. Other funding goes to the Federal Emergency Management Agency's disaster relief aid fund and to Army Corps of Engineers projects to limit future damage. Funding is also authorized for repairs by the Coast Guard, Federal Highway Administration and Veterans Affairs Department.

Lawmakers from the Northeast criticized southern Republican lawmakers who had sought to reduce the size of the package or require that funding be offset with an across the board cut to discretionary spending. An amendment from Rep. Mick Mulvaney, R-S.C., that would have offset the funding with spending cuts failed 162 yeas to 258 nays earlier in the day, and the Republican-led House Rules Committee blocked efforts to reduce the size of the package.

"We are asking, we are pleading and we shouldn't have to beg for money for the Northeast, to be able to survive this tragedy that hit us," said Rep. Rosa Delauro, D-Conn., who added: "I might remind my colleague from Louisiana that between Rita, Wilma and Katrina, this institution appropriated $133.9 billion in disaster relief."

Critics of the bill derided it as "an excuse for a grab-bag of spending, having nothing to do with emergency relief," in the words of Rep. Tom McClintock, R-Calif.

The Senate passed a $60 billion Sandy relief bill before the end of the last Congress, but House Speaker John Boehner, R-Ohio, declined to schedule a House vote on that measure in the wake of the contentious vote on "fiscal cliff" legislation. That decision prompted harsh criticism from northeastern lawmakers, including Rep. Peter King, R-N.Y., and Gov. Chris Christie, R-N.J., forcing Boehner to hastily schedule today's vote in addition to $9.7 billion in flood relief that was passed Jan. 4.