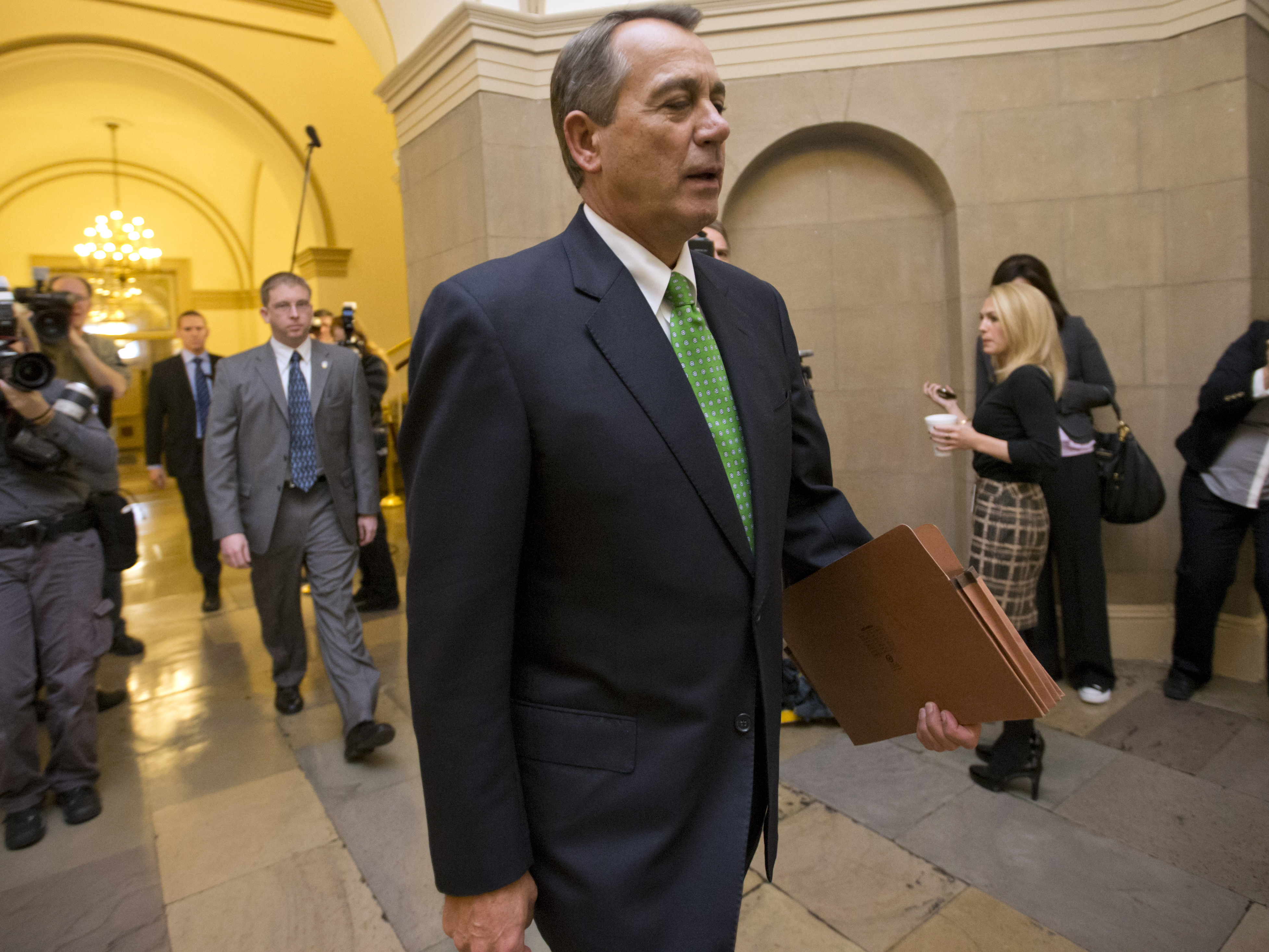 Amid vociferous criticism from both the right and the left, House Speaker John Boehner is agreeing to hold a vote this week for a bill providing relief for states hit by superstorm Sandy, though the measure -- the first of two -- will represent only a fraction of the larger $60 billion package.

Boehner, changing his position just minutes after bearing the brunt of a scathing attack from Gov. Chris Christie, R-N.J., said he will hold a vote Friday for a $9 billion provision that will cover flood insurance for regions impacted by Sandy. He said Congress will vote on a $51 billion package when Congress reconvenes on January 15.

"Getting critical aid to the victims of Hurricane Sandy should be the first priority in the new Congress, and that was reaffirmed today with members of the New York and New Jersey delegations," Boehner said Wednesday afternoon in a joint statement with House Majority Leader Eric Cantor, R-Va. "The House will vote Friday to direct needed resources to the National Flood Insurance Program. And on January 15th, the first full legislative day of the 113th Congress, the House will consider the remaining supplemental request for the victims of Hurricane Sandy."

The House was expected to vote last night on a $60.4 billion package that would have provided disaster aid to states hit by Sandy more than two months ago. The Senate passed a similar measure last week, and Christie said today he was receiving "assurances" that the bill would "get done" as late as 9 p.m. ET on Tuesday night, Jan. 1. But in the aftermath of recent days' fraught "fiscal cliff" dealmaking, and a resulting package including tax hikes many Republicans opposed, Boehner temporarily abandoned work on the Sandy aid bill, telling New York and New Jersey Republicans he'd prioritize it in the new year.

Part of Boehner's reasoning for initially holding off on a vote, according to a Republican leadership aide, was that FEMA had assured them that there were sufficient disaster response funds through March.  The aide also added that the Sandy bill was the victim of bad timing.  To ask Republicans to vote on another spending bill, the aide said, on the heels of the controversial "fiscal cliff" vote, which Republicans complained didn't include enough spending cuts, was not ideal.  The aide added that Boehner had told members of the New York and New Jersey delegations that he would schedule a vote within the month.

Democrats, as well as Republican lawmakers like Christie and New York Reps. Peter King and Michael Grimm, fiercely decried the decision. King, in a series of television appearances, accused House Republicans of "writing off" New York and New Jersey, and suggested he might vote against Boehner in his bid to hold on to his speakership -- the prospects of which some see as precarious due to the "fiscal cliff" negotiations. King also urged Republicans from New York and New Jersey not to donate to the House GOP.

"I'm saying right now, anyone from New York or New Jersey who contributes one penny to congressional Republicans is out of their minds," he said in an appearance on Fox News. "Because what they did last night was put a knife in the back of New Yorkers and New Jerseyans. It was an absolute disgrace."

Christie, meanwhile, called publicly shamed House Republicans for falling prey to what he cast as "palace intrigue," and specifically targeted Boehner's role in the process.

"There's only one group to blame for the continued suffering of these innocent victims: The House majority and their speaker John Boehner," Christie told reporters. "I called the speaker four times. He did not take my calls."

Boehner's reversal, however, was enough to appease some dissident Republicans -- including Grimm and King, both of whom expressed support for Boehner and his new approach.

"As far as I'm concerned, that was a lifetime ago. I know it was last night, but the bottom line is we're going forward and getting what we believe is necessary and to me there's no reason to question him for so long as we got the commitment," King told reporters this afternoon. "We've got the group commitment and that's what we need."

"I don't think I've ever questioned where his heart was," added Grimm. "I don't agree with his call to delay the vote. I don't. I don't support it at all. I think it was the wrong call. It was his call to make. But it wasn't because he didn't want to help New York and New Jersey, it was because of a timing issue."

Cantor's office, meanwhile, told CBS News the Virginia Republican is not considering a run for speaker, despite some speculation to the contrary.