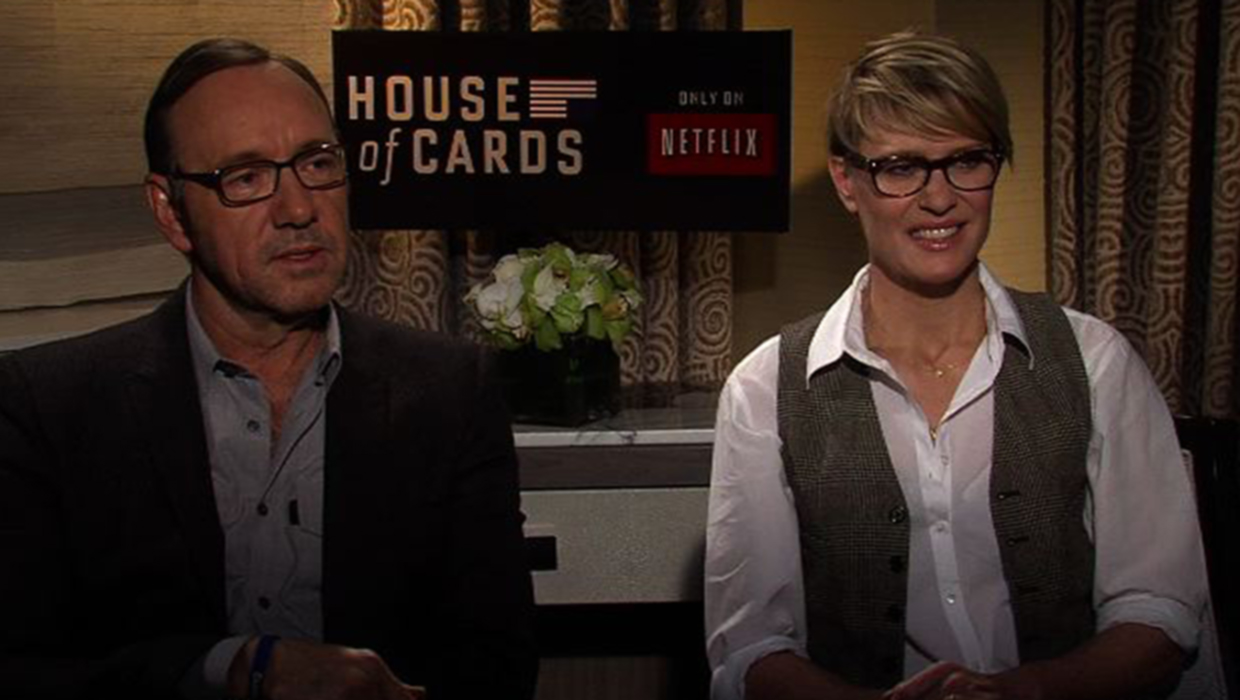 Just in time for Valentine's Day, comes a gift for "House of Cards" fans.

All 13 episodes from season 2 of the political drama series will be available to watch Friday on the streaming service Netflix.

Kevin Spacey reprises his role as cunning politician Francis Underwood. The actor received Emmy and Golden Globe nominations for his performance in the first season. In addition to starring, he also serves as an executive producer, along with acclaimed filmmaker David Fincher -- who won an Emmy for directing the show's first episode.

At the start of season 2, the Underwoods find themselves adjusting to a higher level of prestige, with Francis as the newly-sworn-in vice president of the United States.

But the euphoria doesn't last long. Without giving away any spoilers, we can say that viewers should expect a big shock early on in the season.

In a recent interview with CBS News, Spacey and Wright stayed mum on plot details, although one thing they were willing to discuss was their pride in having a hit on Netflix.

"It is revolutionary, when you think of everything is headed in that direction," Wright said.

"It also I think underscores that people like to be in control," the two-time Oscar-winner said. "Treating your entertainment like it's a novel. You pick it up when you want to pick it up. You put it back on the bedside shelf when you want to put it down."

"And I think that's been going on for years and years and years. What is obviously unique is that it's the first time in the history of television where a series is giving it all at once," he added.

For season 2, Spacey says he hopes viewers will now focus less on the fact that the series is on Netflix and more on the motivations of the characters, especially Francis and Claire.

"I also think that we can even look back at real political history, at figures who were at the time, and after they were in office, deemed as ruthless sons of bitches," Spacey said, "Very tough, unreasonable, uncompromising, who had very effective political careers."

Wright cited Lyndon B. Johnson as an example.

Spacey noted, "While [LBJ] took, rightfully so, a tremendous amount of heat for his policies in Vietnam, at the same time this is the same president who passed three civil rights bills in a very short presidency, not easy to do.

"So I think in some ways there are opportunities to re-examine people who we might even have labeled in the same way as sometimes Claire and Francis are labeled," he added.

Watch the video above to see Spacey discuss the response he's received from real-life politicians about the accuracy of the series.

Tell us: Do you plan to binge-watch season 2 on Valentine's Day?