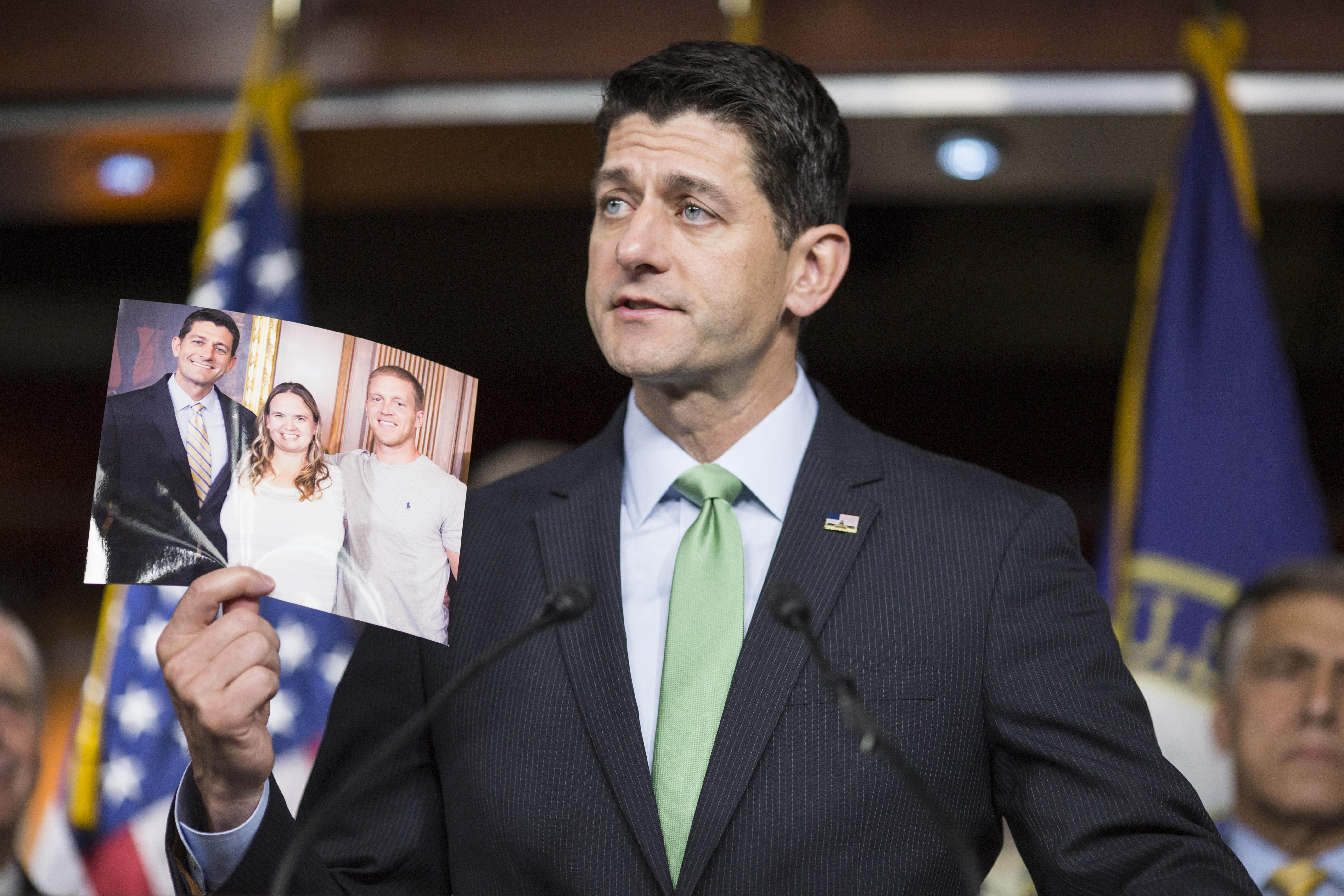 House Speaker Paul Ryan said the House has devised a "multi-pronged approach" to tackle the opioid crisis. "We are taking action to tackle this opioid epidemic," at the House GOP leaders' weekly press conference Wednesday. "Among other things, these bills will stem the flow of opioids into our country. They change the way opioids are prescribed and encourage non-opioid treatments."

He added that the bills would also "crack down on deadly synthetic drugs like fentanyl."

Ryan also said the legislation will also establish "more comprehensive" recovery and rehabilitation centers. "This is all about restoring hope. It's about lifting up communities and it's about, hopefully, saving lives," he told reporters.

Before his remarks, Republican members of the House Energy and Commerce Committee spoke about legislation the group has worked on to combat the effects of the opioid crisis, sharing stories from their home states about constituents suffering from addiction.

Rep. Greg Walden R-Oregon, chairman of the committee, spoke about the bipartisan legislation the House has already passed to alleviate the effects of drug addiction, including the Comprehensive Addiction and Recovery Act and the 21st Century Cures Act passed in 2016. The most recent action of the committee has been a $4 billion omnibus package passed in March to "address treatment, prevention, and enforcement issues" pertaining to the opioid epidemic.

Walden said the committee has reported 57 bills to the floor as part of "numerous additional measures" that will be introduced in the House over the next two weeks to address the epidemic.

"Let me be clear: While these bills are not our first efforts in this fight, you have my word they will not be our last either. We know there will be more work to do, even after these become law," Walden said.

Rep. Tim Walberg R-MI told the story of Jessie Grubb, a recovering heroin addict and a marathon runner who died from an overdose in Feb. 2016. Grubb, who had suffered an injury and undergone a subsequent surgery, had informed hospital personnel about her previous addiction, but the discharging physician never received the message, Walberg said. As a result, Grubb was sent home with oxycodone pills, which caused the fatal overdose.

Walberg said it was a story that "shouldn't have happened." As a result, he introduced "Jessie's Law" in March, aimed at helping ensure doctors have access to a patient's history with addiction in order to carry out a fully informed course of care. The bill also requires the Department of Health and Human Services to develop and distribute best practices for health care providers and state agencies about displaying a patient's history of opioid addiction in their medical records.

The House passed Jessie's Law Tuesday. Grubb's story "speaks to the reason why we're doing what we're doing," Walberg said after the vote. "We hope Jessie's Law becomes a law of hope and safety and security for other generations.

In the Senate, the Health, Education, Labor and Pensions Committee advanced an opioid bill out of committee in late April that includes dozens of proposals similar to the several bills under consideration in the House. The Senate Finance Committee marked up a bill Tuesday addressing the opioid epidemic in Medicare, Medicaid and Human Services. No date has been set yet for Senate floor action on the HELP committee bill but members and staff mention it as one of the items on the Senate's summer to-do-list.