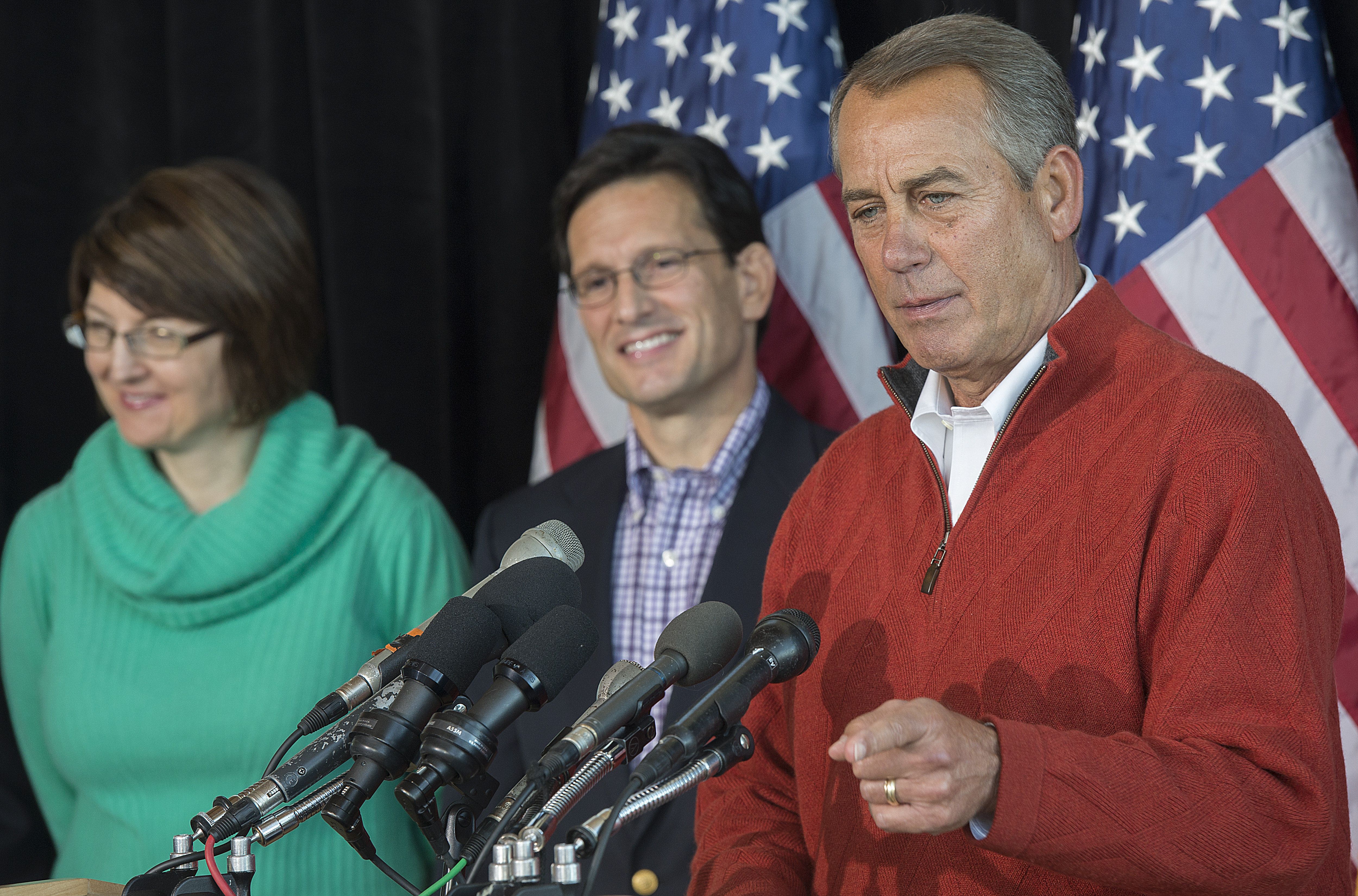 As House Republicans gather for a two-day retreat in Maryland to strategize on politics and policy for 2014, their leaders are calling on President Obama to kick-start his proposed “year of action” by considering several proposals passed in the House that have languished in the Democratically-controlled Senate.

A letter released Thursday by Speaker John Boehner, R-Ohio, and his top three lieutenants highlighted several House-passed bills that address concerns raised by the president in his State of the Union address on Tuesday.

In their letter, they noted the president’s announcement that Vice President Biden would lead an overhaul of job training programs, saying the SKILLS Act contains several proposals that dovetail with the president’s expressed aims.

That proposal was passed in March, the leaders noted, but “unfortunately, the Senate has yet to even debate this proposal.”

GOP leaders also touted the Working Families Flexibility Act, passed in May, which allows workers swap overtime pay for comp days, saying they agree with the president’s insistence that “it’s time to do away with workplace policies that begin in ‘Mad Men’ episode.”

Mr. Obama’s administration released a statement after the bill cleared the House threatening to veto the proposal in its current form, but GOP leaders called on the president to “revisit this decision” in their letter.

Other proposals hawked by GOP leaders included a bill to expedite the permitting process for natural gas pipelines and legislation that would eliminate public funding for political party conventions and redirect the savings to pediatric research at the National Institutes of Health.

The letter is part of a broader Republican strategy to emphasize a proactive agenda ahead of the 2014 midterm elections and inoculate the party against charges that it is too obstructionist and unable to govern.

“Naturally, we don’t agree with all of the proposals you outlined in your speech,” the GOP leaders told Mr. Obama, “but where there is potential for agreement, we believe it is critical that we come together to address the interests of the American people.”