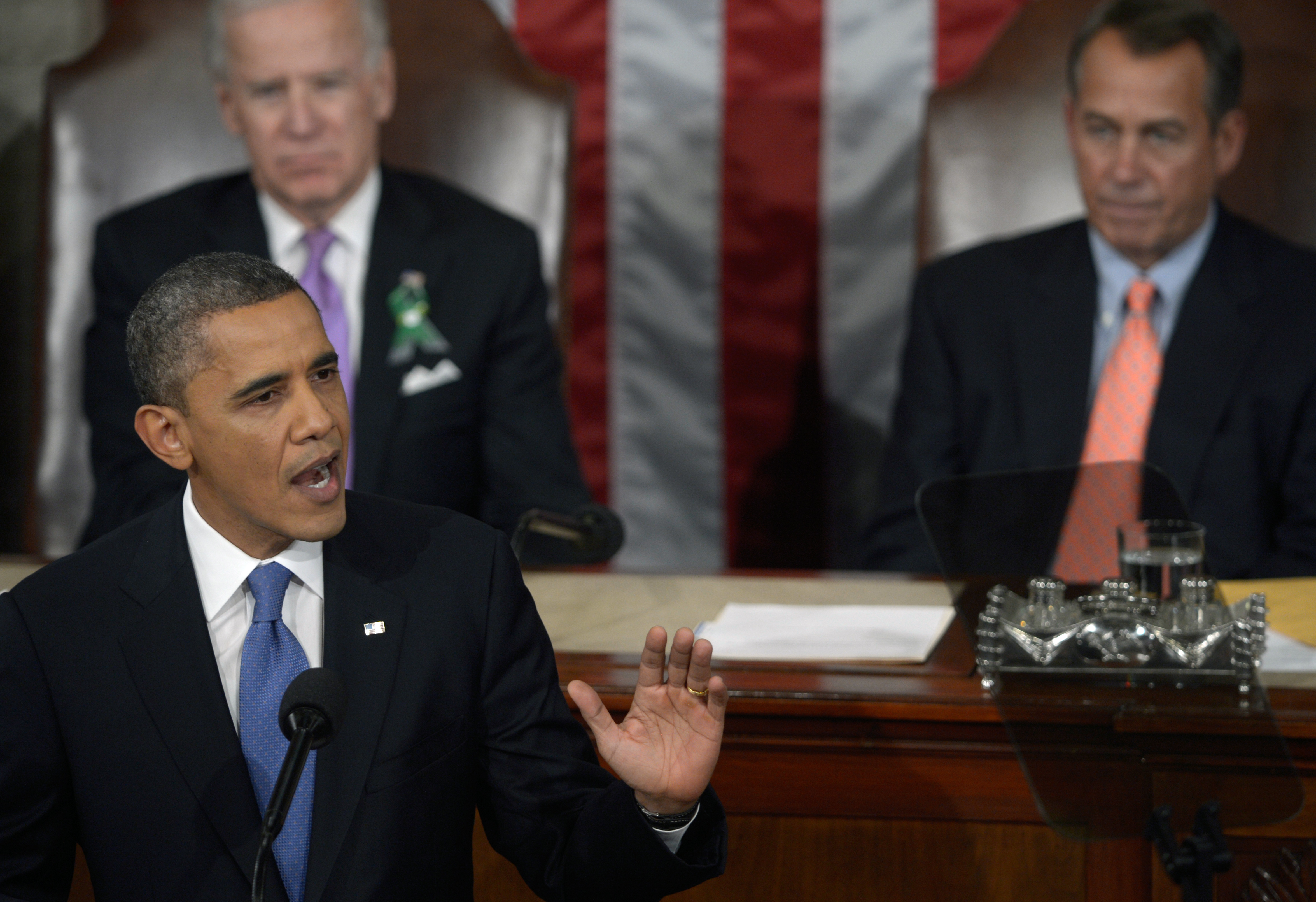 Below are excerpts from President Obama's 2014 State of the Union address, scheduled for 9 p.m. ET Tuesday evening:

“In the coming months, let’s see where else we can make progress together.  Let’s make this a year of action.  That’s what most Americans want – for all of us in this chamber to focus on their lives, their hopes, their aspirations.  And what I believe unites the people of this nation, regardless of race or region or party, young or old, rich or poor, is the simple, profound belief in opportunity for all – the notion that if you work hard and take responsibility, you can get ahead.

"Let’s face it: that belief has suffered some serious blows.  Over more than three decades, even before the Great Recession hit, massive shifts in technology and global competition had eliminated a lot of good, middle-class jobs, and weakened the economic foundations that families depend on.

"Today, after four years of economic growth, corporate profits and stock prices have rarely been higher, and those at the top have never done better.  But average wages have barely budged.  Inequality has deepened.  Upward mobility has stalled.  The cold, hard fact is that even in the midst of recovery, too many Americans are working more than ever just to get by – let alone get ahead.  And too many still aren’t working at all.

"Our job is to reverse these tides.  It won’t happen right away, and we won’t agree on everything.  But what I offer tonight is a set of concrete, practical proposals to speed up growth, strengthen the middle class, and build new ladders of opportunity into the middle class.  Some require Congressional action, and I’m eager to work with all of you.  But America does not stand still – and neither will I.  So wherever and whenever I can take steps without legislation to expand opportunity for more American families, that’s what I’m going to do.”

The GOP response will be delivered by Rep. Cathy McMorris Rodgers, R-Wash. Here are excerpts from her address, which will take place after the president has finished:

“The most important moments right now aren’t happening here.  They’re not in the Oval Office or in the House Chamber.  They’re in your homes.  Kissing your kids goodnight. Figuring out how to pay the bills. Getting ready for tomorrow’s doctor’s visit. Waiting to hear from those you love serving in Afghanistan, or searching for that big job interview. After all, ‘We the People’ have been the foundation of America since her earliest days – people from all walks of life, and from all corners of the world – people who come to America because here, no challenge is too great and no dream too big.

“So tonight I’d like to share a more hopeful, Republican vision – one that empowers you, not the government. It’s one that champions free markets – and trusts people to make their own decisions, not a government that decides for you. It helps working families rise above the limits of poverty and protects our most vulnerable. And it’s one where Washington plays by the same rules that you do. It’s a vision that is fair and offers the promise of a better future for every American.”

“Because our mission – not only as Republicans, but as Americans, is to once again to ensure that we are not bound by where we come from, but empowered by what we can become. That is the gap Republicans are working to close. It’s the gap we all face: between where you are and where you want to be.”

"Last month, more Americans stopped looking for a job than found one.  Too many people are falling further and further behind because, right now, the President’s policies are making people’s lives harder. Republicans have plans to close the gap…Plans that focus on jobs first without more spending, government bailouts, and red tape…Every day, we’re working to expand our economy, one manufacturing job, nursing degree and small business at a time.  We have plans to improve our education and training systems so you have the choice to determine where your kids go to school…to help you take home more of your paycheck...with lower taxes, cheaper energy costs, and affordable health care.

“We’ve all talked to too many people who have received cancellation notices they didn’t expect or who can no longer see the doctors they always have. No, we shouldn’t go back to the way things were, but the President’s health care law is not working.  Republicans believe health care choices should be yours, not the government’s. And that whether you’re a boy with Down syndrome or a woman with breast cancer, you can find coverage and a doctor who will treat you.”

“As Republicans, we advance these plans every day because we believe in a government that trusts people and doesn’t limit where you finish because of where you started. That is what we stand for – for an America that is every bit as compassionate as it is exceptional…Our plan is one that dreams big for everyone and turns its back on no one.”