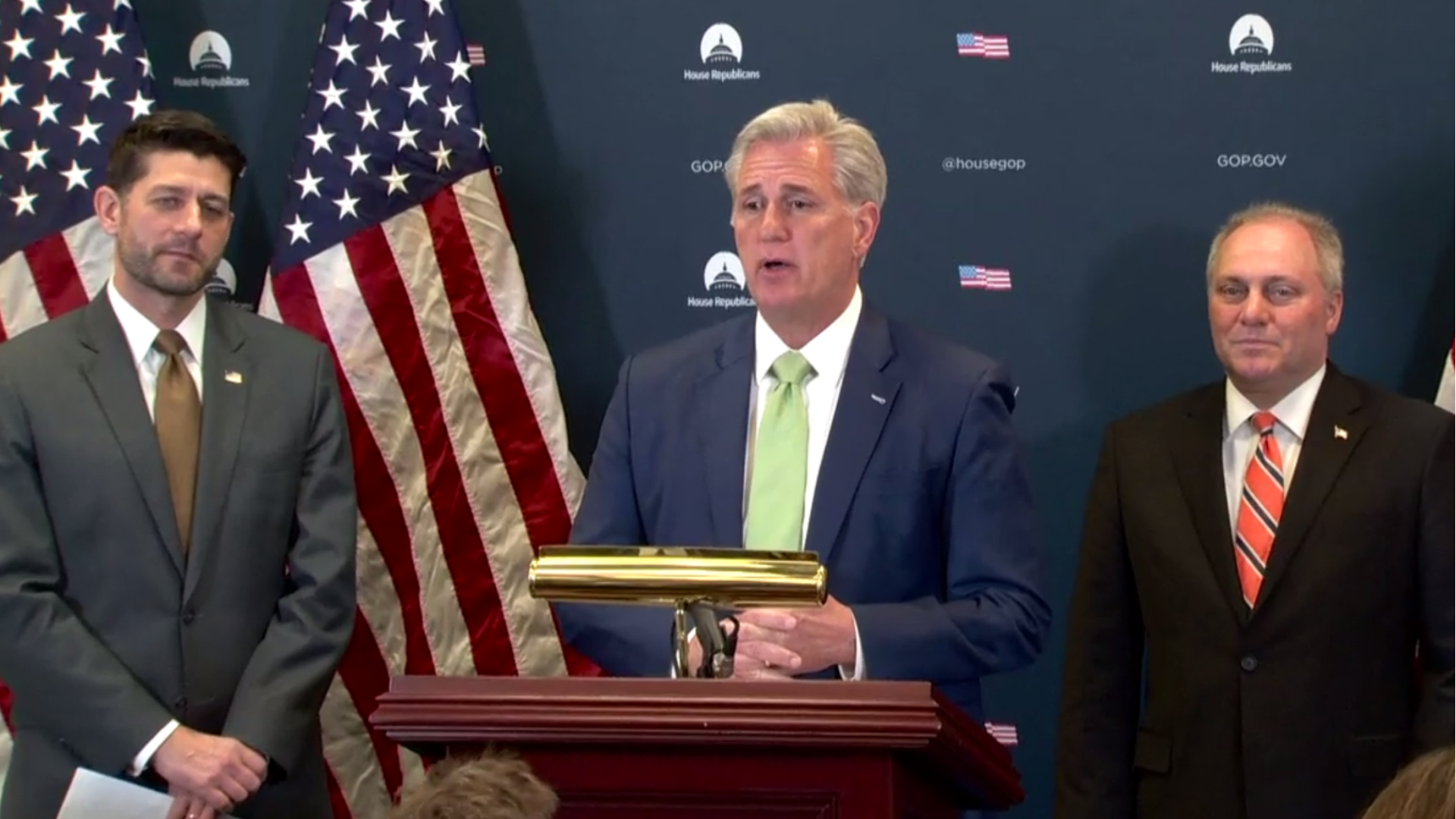 House Republican leaders pressed Democrats to get behind President Trump's request for $5 billion to fund his border wall, as lawmakers began a lame-duck session in which averting a partial government shutdown is the top priority.

Congress must pass several spending bills in order to avert the shutdown, and Mr. Trump is insisting that funding for his border wall be included in that legislation. At a press availability this morning, House Republican leaders said supporting that request is an important security issue.

"I hope the Democrats can find a way to put politics aside," said Rep. Kevin McCarthy, who will become House minority leader in the next Congress. "Everybody realizes our immigration system is broken and we can solve this problem once and for all."

"Hopefully after the elections, Democrats realize a secure border should not be a Republican thing, it should not be Democrat thing," outgoing House Speaker Paul Ryan said.

Congress has to act on seven spending bills by Dec. 7, funding Homeland Security, the Justice Department and the State Department, among others. Five of the 12 annual spending bills have already been passed by the House and Senate and signed by the president, funding operations for those departments through Sept. 2019.

"We need border security in this country, and if that means a shutdown I would totally be willing to shut it down," President Trump said in an interview with Politico on Tuesday.

In addition to passing funding for the border wall, Ryan said Congress should use the remaining weeks of Congress to pass a farm bill and reform the criminal justice system.

"We want to reform our criminal justice system," Ryan said.

The issue of criminal justice reform has bipartisan support, but Senate Majority Leader Mitch McConnell has not committed to bringing it up for a vote, and some Republicans still want changes in the measure.