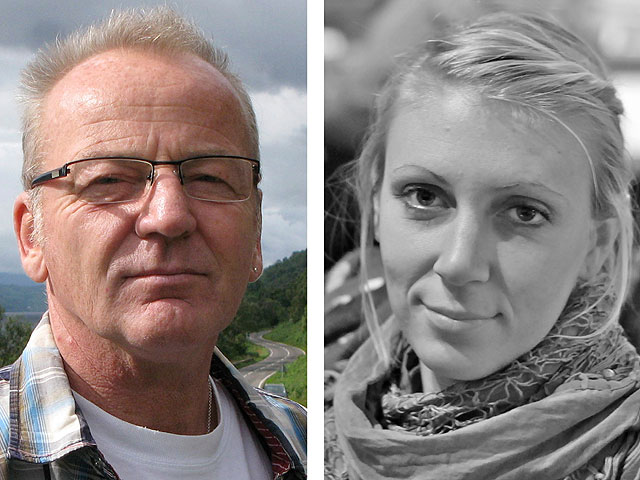 SIGONELLA, Sicily - Three days after being rescued by U.S. Navy SEALs from Somali pirates, American aid worker Jessica Buchanan and her Danish colleague Poul Hagen Thisted are at a U.S. base on Sicily being debriefed by military and intelligence officials who want to learn as much as possible about their captivity.

But there has been no news about Buchanan's health following her rescue.

CBS News correspondent Allen Pizzey reports that the military is respecting the family's wish for privacy. "The only statement they'll give is that the former hostages are now in Phase Two of a three-stage reintegration process.

"That's where they have thorough medical checks, get whatever treatment they need, and they have a lot of debriefing both from psychiatrists and psychologists as well as intelligence officials."

Pizzey says that process is being described as "dynamic" - which means it will last as long as it takes, usually a minimum of 72 hours.

In this process the ex-hostages are trying to regain what they've lost in captivity: predictability (because you never know what's going to happen next), and control (because you are not making decisions).

They must also deal with the trauma of, not just their kidnapping, but their rescue.

"One minute you're sitting there in darkness with people that are chewing a narcotic drug and carrying guns and who don't like you and just want whatever they can get from you," said Pizzey, "then suddenly out of the darkness come pretty scary-looking guys, I should think, but friendly guys. . . . It has to be pretty terrifying, I would imagine."

Buchanan and Thisted will remain at the base until both the former hostages and those helping them decide that it's okay to move to Stage Three: going home, or wherever they choose to go.

In Buchanan's case it could be back to the States, or Nairobi where she lives. "That's up to them," Pizzey said.

There are other hostages being held by pirates, including an American journalist.

A spokesman for the pirates (or somebody who says he's a spokesman for pirates, notes Pizzey) says that the American journalist was moved three times in the 24 hours following the rescue of Buchanan and Thisted.

"The probability now is that the hostages that are on land will be moved onto ships. There are a lot of ships being held - 155 sailors of various nationalities are trapped on those ships waiting for ransom. If they move them including the American journalist onto ships, it makes it much, much more difficult for they will to be rescued."

Up-close look at ICE planes flying detainees away from border