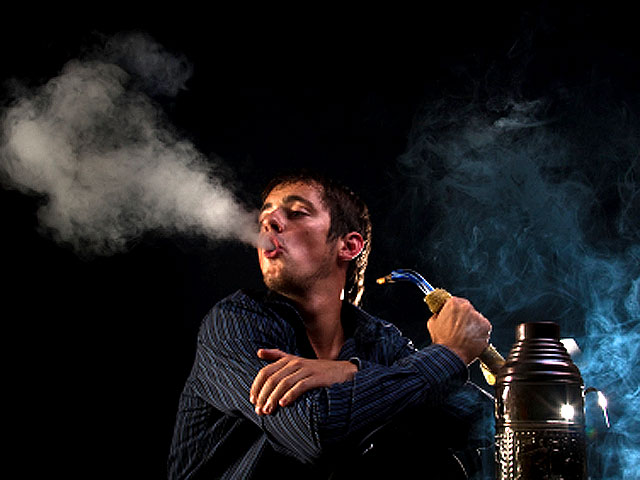 Many young people consider hookahs a hip and safer way to smoke, but a new study finds fumes from the water pipes contain the toxin benzene.

Benzene has been linked to an increased risk for leukemia in prior research, according to a scientific team reporting Nov. 21 in the journal Cancer Epidemiology, Biomarkers & Prevention.

"In contrast to what is believed, hookah tobacco smoking is not a safe alternative to smoking other forms of tobacco," study author Nada Kassem, associate director of the Center for Behavioral Epidemiology and Community Health at San Diego State University, said in a journal news release.

Researchers analyzed levels of S-phenylmercapturic acid (SPMA) -- a metabolite (byproduct) of benzene --- in the urine of 105 hookah smokers and 103 nonsmokers exposed to smoke from the water pipes.

"Hookah tobacco smoking involves the use of burning charcoal that is needed to heat the hookah tobacco to generate the smoke that the smoker inhales," Kassem explained.

Kassem believes that "because there is no safe level of exposure to benzene, our results call for interventions to reduce or prevent hookah tobacco use, regulatory actions to limit hookah-related exposure to toxicants including benzene, and include hookah smoking in clean indoor air legislation."