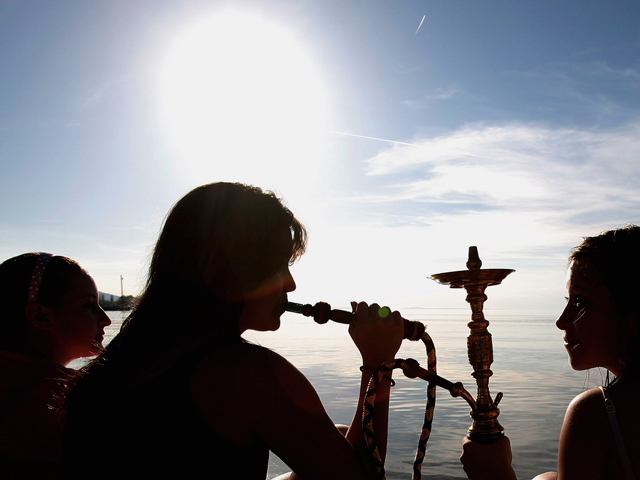 More middle and high school students are smoking electronic cigarettes, hookahs and cigars, according to a new government report form the Centers for Disease Control and Prevention.

While rates for those tobacco products have increased, overall youth smoking rates haven't declined at all, a concerning figure for health officials.

"We need effective action to protect our kids from addiction to nicotine," Dr. Tom Frieden, director of the CDC, said in an agency press release.

For the new report, researchers combed data from the 2012 National Youth Tobacco Survey, a nationally-representative poll of about 25,000 students in grades six through 12 on their tobacco use habits and attitudes towards smoking.

In September, the CDC released a report that found the number of middle and high school students who ever used an e-cigarette doubled, from 1.4 percent and 4.7 percent of surveyed students in 2011 to 2.7 percent and 10 percent by 2012, respectively.

Hookah use was also looked at in the new report. The CDC finding smoking rates increased from 4.1 percent of high schoolers in 2011 to 5.4 percent by 2012.

Cigar use rose "dramatically" among black high school students, with 16.7 percent reporting using them, up from 11.7 percent in 2011 and a doubling of rates since 2009.

Included in cigars were flavored little cigars or cigarillos, which contain fruit or candy flavorings and tend to look similar to cigarettes. They are often cheaper because they are taxed at lower rates and can be sold individually.

Last month, the CDC also released a report on youth smoking rates for flavored little cigars, finding six percent of surveyed middle and high students said they had tried them.

E-cigarettes, hookahs, cigars and other "new" tobacco products are not regulated by the Food and Drug Administration, the CDC points out. Increases in the marketing and availability of these products -- along with a misconception they're safer than cigarettes -- may be fueling these increases in kids.

The new report was published Nov. 14 in the CDC's journal Morbidity and Mortality Weekly Report.

The FDA intends to propose a rule to tighten regulation of non-cigarette nicotine products like e-cigarettes. The authors also called for more tobacco-control measures implemented to these newer products, including increasing the price of them, using media campaigns aimed at curbing smoking, increasing access to services that help people quit and enforcing restrictions on advertising and promotion.

Under the Affordable Care Act, more Americans will qualify to coverage for tobacco cessation services, the CDC added.