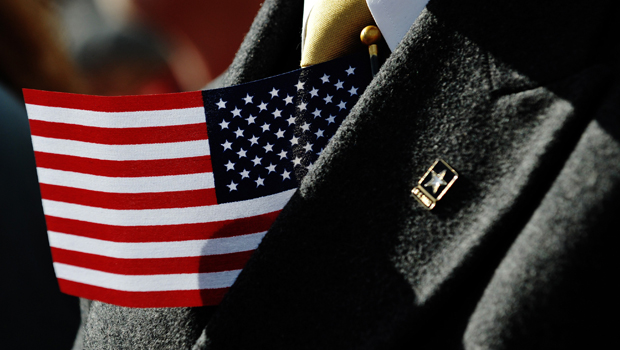 (MoneyWatch) Many companies offer members of the military and their families special deals and discounts on Veteran's Day (Nov. 12) -- a once-annual thank you for the service these American heroes deliver day in and day out. However, in addition to these once-annual offers, Veteran's Day is a great time to remember that a number of other companies provide special discounts to members of the military all year round. By and large, all that's required to get the deals is to show a military I.D. In some cases, the discounts are offered to family members too.

Where can members of the military get great deals and discounts?

Veteran's weekend deals
Several restaurants offer coupons for free meals on and around Veteran's Day, according to BeFrugal.com. These include California Pizza Kitchen, which is offering a free pizza and non-alcoholic drink; McCormick & Schmicks, which is giving away a meal from a limited menu; and Max & Erma's, where Veterans and active duty military eat free on Nov. 11.

On Monday the 12th, Friendly's is offering free breakfast and coffee.

Applebee's and Hooter's are also offering free meals for both Veterans and active duty military members, according to EatDrinkDeals.com.

Denny's, Coco's, Chili's and Cheeseburger in Paradise are offering similar one-day deals, according to CouponSherpa's post on 48 deals for Veterans.

Year-round deals
However, some of the better deals are the ones that don't expire. According to Military.com, dozens of retailers offer year-round price-breaks, but some of the deals require a coupon code, so check the military deal page before shopping. Some of the better options:

Banana Republic provides a 15 percent discount on full-priced merchandize to military members and their families.

Trips and vacations
Since ski season is just starting, it's worth mentioning that a handful of ski resorts also offer military discounts, according to GetOutSkiing.com.

Eldora offers a 40 percent discount on lift tickets to military members with an active-duty I.D.

Granby Ranch offers a 50 percent lift-ticket discount, allowing members of the military to ski for just $29.

Sandals Resorts, which offers all-inclusive resort vacations, provides a 10 percent discount to members of the military and their spouses.

Anheuser-Busch Parks, which operate SeaWorld and Busch Gardens (among others) offers free admission for active duty military, reservists and National Guardsmen, together with up to three dependents, according to CouponSherpa. Military members should register here.

Some 230 Bed & Breakfast operations also offer a free night's stay to members of the military and a guest.