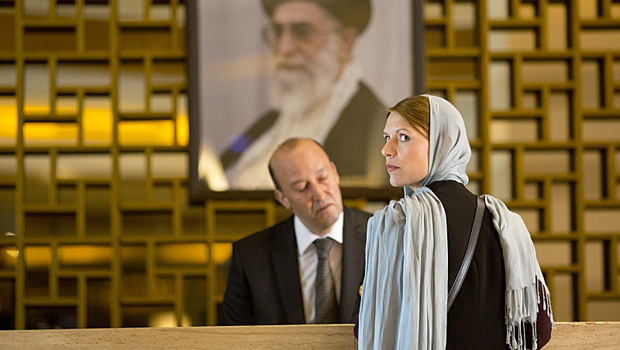 The third season of Showtime's popular, critically acclaimed political drama "Homeland" is coming to a close, with only an explosive season finale left to air. Tensions are boiling over as the nebulous world of deceit comes to a crescendo, and the suspense in the air is thicker than ever.

"Homeland" stars Claire Danes, Damian Lewis, Mandy Patinkin and co-creator Alex Gansa took a break from shooting to give you a sneak peak at what the final episodes have in store.

PICS: Role call - Who got hired in Hollywood?

"We've got two incredible episodes to end the season," Gansa said. "Kind of what we've been building to all year long. The whole season, obviously, has been building to these two episodes. I view the season in three movements. And the first and the last movement are very intimately connected.”

“Especially when it comes to Brody... I just hope people enjoy watching it," Gansa added.

"The finale is pretty big," Danes teased. "As you might expect. A lot happens in the finale. The writers continue to take really bold risks and we're always exploring new territory. We're not afraid to question who these characters are, and re-imagine them."

"I think politically… ['Homeland'] again is kind of directly mirroring what's going on in the part of the world we're telling the story about," said Lewis, who discussed the political and cultural relevance of 'Homeland,' due to its talented creative staff. "Sometimes our episode represents what happened in the real world, just two or three weeks later. It's quite uncanny the way these guys lock into stories they think will be relevant."

"So this season is really relevant from that point of view, and it makes it really exciting," Lewis added.

Check out the video for more from the cast and creator, and make sure to catch the "Homeland" season finale Sunday at 9 p.m. ET on Showtime.