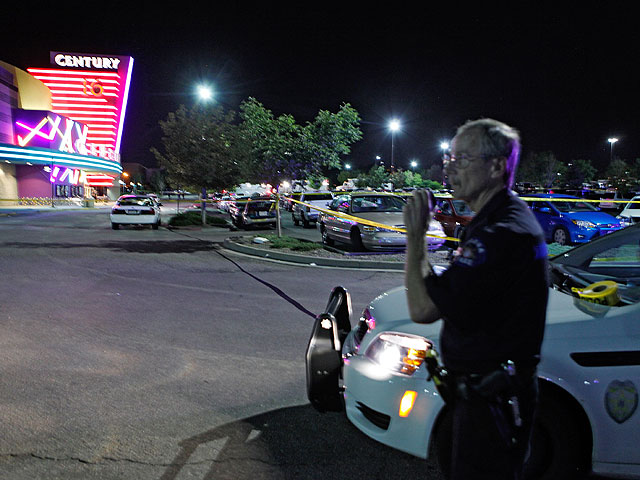 (CBS News) AURORA, Colo. -- The largest mass shooting in U.S. history might have been much worse, had the alleged assailant's gun not jammed, according to reports.

James Holmes was due to make his first court appearance Monday since allegedly killing 12 people and wounding dozens, nine critically, during a midnight screening on the opening night of "The Dark Knight Rises" Friday in the Denver suburb of Aurora, Colo.

Holmes is accused of entering the theatre with three guns, including a semi-automatic assault rifle with an extended magazine.

When that gun jammed, he was forced to use a pistol, potentially saving lives, the reports say.

There are also now indications Holmes may have gotten away that morning, if not for observant SWAT officers who noticed something off about his tactical gear.

"There was one particular piece of equipment that he had on him that was out of place, and I am so proud of my officers that they spotted that right away and challenged him," Aurora Police Chief Dan Oates said on the CBS News broadcast "Face the Nation" Sunday.

"We're building a case to show this was a deliberative process by a very intelligent man who wanted to do this," Oates said.

Evidence, including computers, was removed from Holmes' apartment over the weekend, and that evidence is being analyzed by the FBI.

Sunday night, thousands attended another vigil in Aurora to honor the victims and continue the grieving process.

President Obama visited with victims and victims' families and reminded the entire nation about the resolve of the human spirit.

The president arrived Sunday afternoon, first meeting privately with families of those directly affected by the shootings.

And he shared a harrowing tale of heroism: Stephanie Davies and Allie Young were there when the gunman threw a gas canister inside the theater. Allie immediately stood up.

"She was shot in the neck and it punctured a vein and, immediately, she started spurting blood," the president said. "Stephanie, 21 years old, had the presence of mind to drop down on the ground with her, pull her out of the aisle, place her fingers over where Allie had been wounded and applied pressure the entire time while the gunman was still shooting."

Davies called 911 and stayed with Allie until police arrived.

"Because of Stephanie's timely actions ... she is going to be fine," Mr. Obama said.

All personal effects have now been removed from the theater, although some cars remain in the parking lot, presumably those of victims who were badly hurt or died.

Police hope to finish processing the scene Monday. If that happens, it's possible the defense team would then have access to the theater Tuesday.

And then it's possible the theater would be turned back over to its owners and might reopen Wednesday.

To see Jeff Glorl's report, click on the video in the player above.