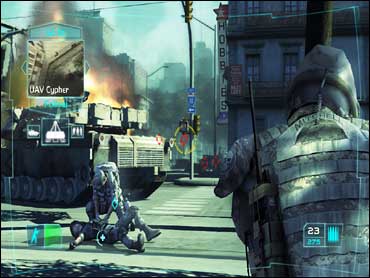 After two decades in computer consulting, Robert Moore pulled out his laptop and pulled his son aside, hopingto teach the young man a thing or two about dad's work.

What came of their brainstorming last year ultimately blossomed
into 321 Studios, a developer and seller of DVD-copying software. That put Moore - an ex-Marine and college dropout - on the front lines of one of the digital age's most volatile legal battles: the dispute between consumer rights and copyright protection.

Moore's adversary: Hollywood, which apparently believes products such as 321's flout a 1998 federal law that the movie industry contends bars the picking of electronic locks on copyright works.

"We're nothing compared to these guys; we realize that. We're a
very, very tiny fish in a very large ocean," Moore, 42, said from
his business in the St. Louis suburb of Chesterfield, dismissing
the David vs. Goliath analogy as inapplicable here. "We're not
even David's big toe."

Since mid-2001, the company has sold more than 100,000 copies of DVD Copy Plus, which allows people to copy DVD movies onto CDs. It includes code that cracks the copy-protection scheme used for most commercial DVD movies.

The company says the $100 product, which requires a DVD burner, will make perfect DVD copies in 60 to 90 minutes - a far cry from the hours that DVD Copy Plus, which burns movies onto CDs, requires.

"People already are making DVD copies; we're just making it simpler with a couple of clicks of a button," said Rob Semaan, 321's chief executive. "It's not so earth-shattering from the technology environment because that stuff already exists. What we're doing is bringing it to the mass market."

Last year, in a case brought by the movie industry, a New York federal appeals court ruled that the 1998 Digital Millennium Copyright Act bars the dissemination of computer code that circumvents the Content Scramble System - or any other mechanism designed to prevent digital duplication of copyright material.

Moore said he had never heard of the law until a March newspaper story implied that products such as DVD Copy Plus might violate it.

Moore had considered making backup copies of DVDs as harmless as duplicating VHS tapes. But after reading the article, he said, "we all kind of freaked out."

Moore, a pastor's son, said he considered shuttering 321, fearing he might go to prison. He worried he might lose his dream house he helped build on a woody, four-acre spread by a lake - the same place he and son Brian, 22, joined forces and minds at a kitchen table to create a company.

Moore wants a judge to rule that 321's products are legal and do not violate the Digital Millennium Copyright Act. He considers court interpretations of the law to date overly broad, and believes its anti-circumvention provision is unconstitutional - a claim that federal courts have rejected in other cases.

"Whether we knew or didn't know we were breaking the law was irrelevant," Moore said, adding that consumers should have every right to make backup DVDs to protect their investments in the plastic. "We're not thumbing our nose at copyright; we're standing up for the rights of consumers."

The lawsuit is scheduled for another court appearance this
month.

Motion Picture Association of America spokeswoman Marta Grutka declined to discuss 321, citing the litigation. But she said people behind products that circumvent a DVD's scrambling technology "are exposing themselves to criminal prosecution" under the DMCA.

CBS News Up To The Minute computer consultant John Quain sampled the software, and says he was able to make a copy of a retail DVD.

"It made a perfect copy," he said. "The whole question about this is, is this illegal or not." Quain said that is a question for the courts.

The software is available at selected retail stores on online for about $100.