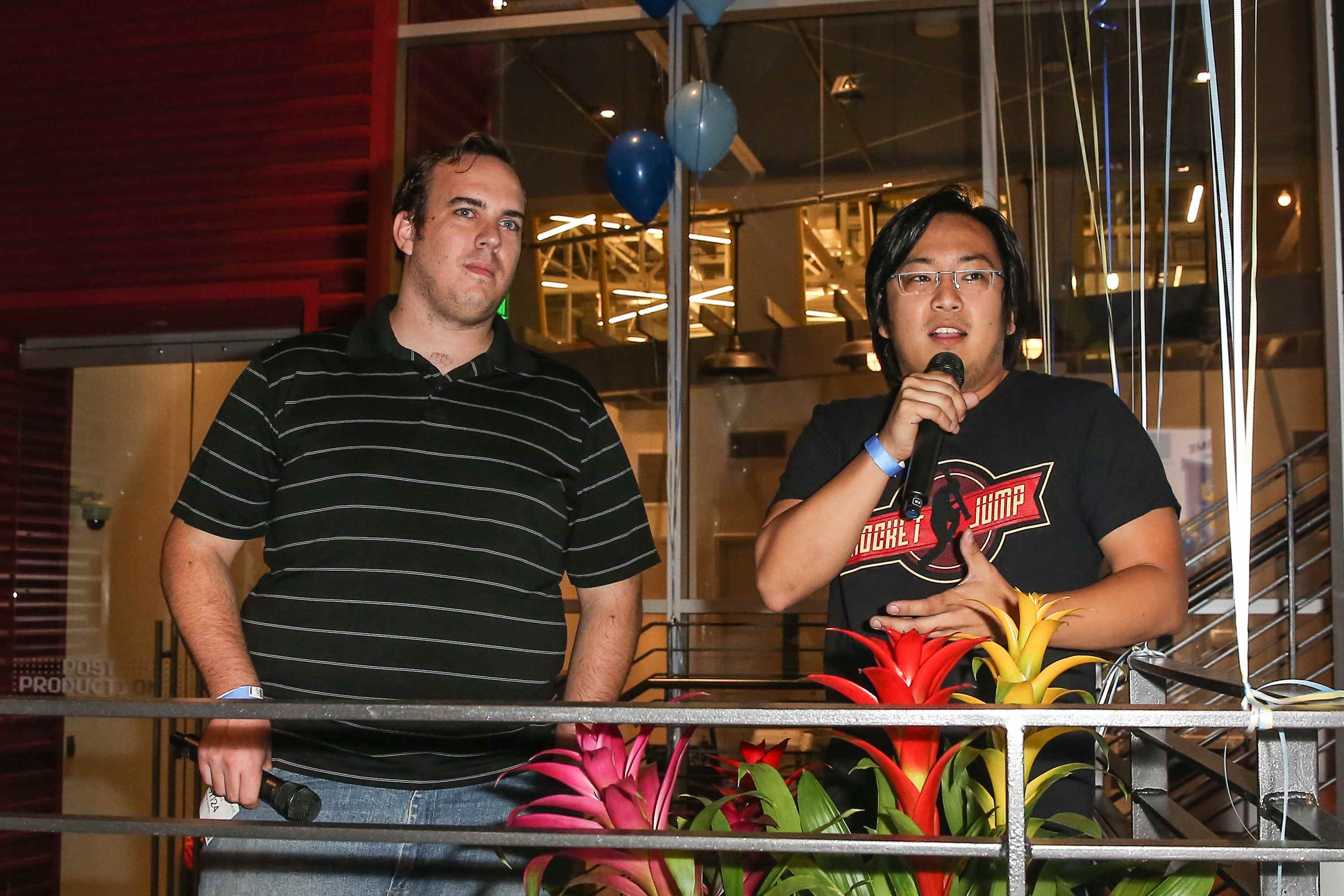 Never heard of the blockbuster film "Video Game High School"? You're forgiven. The 2012 movie drew more than 40 million views in its first three months, but it didn't play in theaters.

Instead, the film became a sensation on YouTube, where it was shown in nine chunks, each between 10 and 20 minutes long. And while that chopped-up approach may appall traditional filmmakers, it's exactly how you launch and promote an online movie in a world where young people, eyes glued to their phones, would rather watch YouTube than almost anything on TV.
Hollywood has taken notice. Lions Gate (LGF) announced Monday that it's partnering with RocketJump, the company behind "Video Game High School," to create videos for film, TV and online viewing. Financial terms of the partnership were not released.
The news was a triumph for RocketJump's founders, most notably Freddie Wong, who creates and stars in many of the company's online shorts. It's also one more sign of YouTube's growing influence within the entertainment industry, which is panicked at the thought of blowing millions on big-budget flops like "After Earth" while an upstart online flick about video gaming becomes a hit with the kids.
RocketJump's avid fans are exactly the market Lions Gate wants, too. This is the studio behind "The Hunger Games" and "Divergent" franchises, and "stood out as the one studio that really gets our brand," Wong said in a release announcing the partnership.
While YouTube played a huge part in RocketJump's success, Wong was able to draw viewers to his own website by releasing videos exclusively there for one week. As a result, he was able to make more money as well as sell shirts and other merchandise.
"It's hard to sell merchandise off YouTube," Wong told TheWrap. "When you have a home and create a brand people believe in and want to support, it makes it easier for you to control merchandise and sell it."
Wong cultivated that brand carefully by releasing a wide variety of video shorts, from shooter-heavy action sequences to semi-romantic comedies. And Wong carefully built up the business end of RocketJump, with custom advertising, a loyal audience and a website to control distribution.
Is this the new Hollywood? Not exactly. Movie studios are still going to make the big money with tentpole hits like "The Avengers" series. But hooking up with YouTube creators like Wong gives Hollywood some much-needed diversification and one more way to reach younger audiences. If RocketJump can turn out a box-office sensation down the road -- combined with a savvy Web presence, merchandising and cross-platform franchise potential -- Lions Gate is paying up now for an early seat at the table.
View CBS News In
CBS News App Open
Chrome Safari Continue
Be the first to know
Get browser notifications for breaking news, live events, and exclusive reporting.