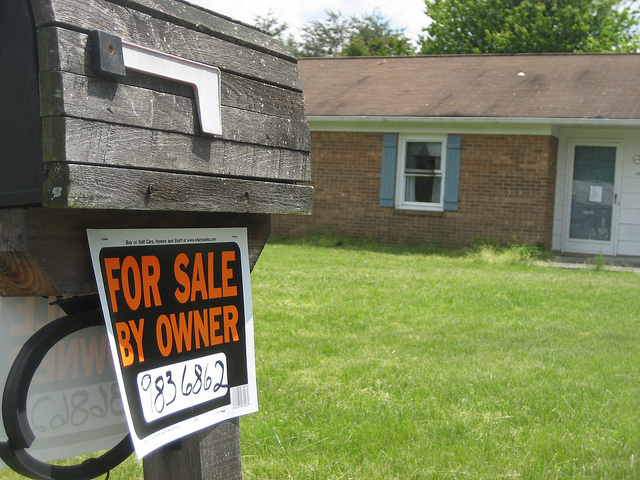 While the housing bust showed many people the dangers of investing in residential real estate, investors could have realized this long before, simply by paying attention to history.

Prior to the bust, recent history made many investors feel comfortable that buying up houses would prove profitable. The recent Journal of Wealth Management paper "Measuring Residential Real Estate Risk and Return" noted that while there were a few individual quarters when the S&P Case-Shiller home price index fell, the overall trend for the 19-year period 1987-2005 was upward. The run-up in home prices was so great that for the 10-year period 1997-2006, the nominal and real returns were 9.7 percent and 7.1 percent, respectively. And from 2000 through 2006, the figures were 11 percent 8.2 percent, respectively.

However, making decisions based on such evidence means falling prey to the mistake of recency bias, which is the tendency to give too much weight to recent experience while ignoring long-term evidence. (For more on recency bias, see my new book, Investment Mistakes Even Smart Investors Make.)

Knowledge of the historical evidence would have led to the conclusion that prices don't go straight up. In fact, in just the period 1972-1984, the U.S. had experienced three boom-bust cycles in housing prices: 1972, 1978 and 1984.

Looking at the longer-term data, we also see quite a different picture. For the period 1890-2005, inflation-adjusted home prices rose just 103 percent, or less than 1 percent a year. One can only imagine how many fewer investors would have piled into the residential home market if they were aware of the historical evidence. As Spanish philosopher George Santayana famously remarked: "Those who cannot remember the past are condemned to repeat it."

Yale professor Robert Shiller, in his book "Irrational Exuberance," argued that home buyers may also be influenced by comparing simple returns on infrequent real estate transactions. Assume that a home in 2005 sold for 10 times the price it sold for in 1945. While that produces a simple return of 900 percent, the real (inflation-adjusted) annualized return was less than 1 percent.

Another likely error made by homebuyers was that the simple rate of return ignores all of the costs of residential real estate -- including significant transactions costs, closing costs, property taxes, maintenance, and improvement costs. An assumption of 1 percent for maintenance costs would yield a real return of below zero.

The return on investment for a homeowner should also consider the imputed rental income (meaning the money you save by owning instead of renting), net of all costs. A study covering the period 1952-2005 found that when costs and imputed rental income were included, the real return to homeowners was 6.9 percent, comparable to the 7.3 percent real return for the S&P 500.

Unfortunately, that analysis ends right about the time the bubble burst. At the end of 2005, the Case-Shiller Composite 20 home price index was 202.16. By October 2011, it had fallen all the way to 138.56, a drop of more than 31 percent. And since the consumer price index rose more than 15 percent over that period, the real loss on home prices was more than 46 percent. While the home price index was falling 31 percent, the S&P 500 provided a total return of over 13 percent over the same period. And the S&P 500 has since risen to 1,308 from 1,253 (as of Jan. 18), an increase of more than 4 percent (not including the return from dividends).

There's another important point to make about residential real estate, especially your own home: A home does provide benefits beyond any consideration as an investment. And for many people, paying down the mortgage provides them with "forced savings." However, although a home is clearly an asset that belongs on your balance sheet, along with any mortgage, it should be viewed as a consumption item, rather than an investment. There are things you can do with investments -- like rebalance and tax-manage (or "harvest") losses -- that you simply can't do with a home.