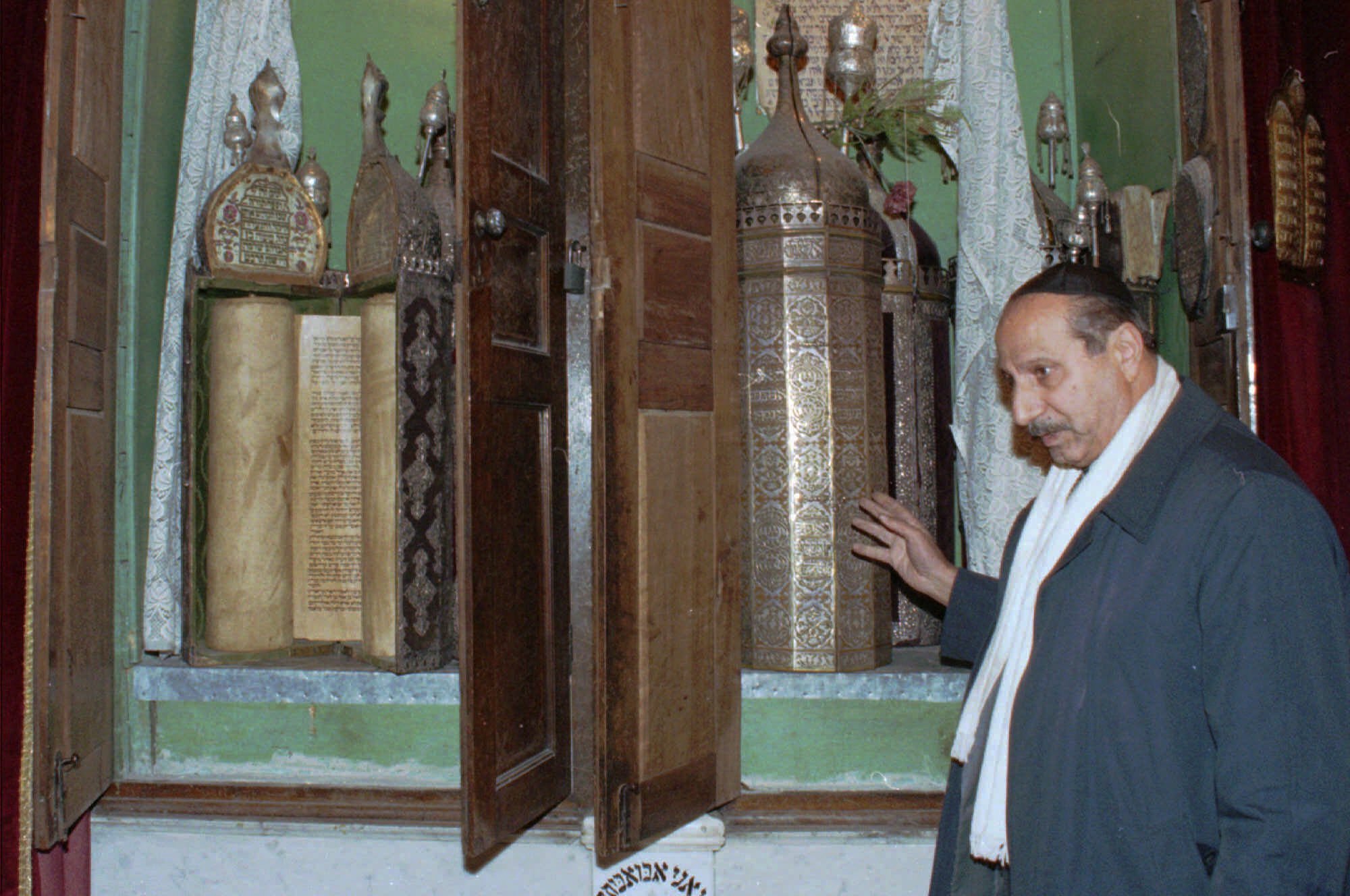 DAMASCUS, Syria A Jewish synagogue in Damascus believed to be thousands of years old has been damaged and looted as clashes have consumed the surrounding neighborhood, a Syrian official and an anti-government activist said Monday.

Damage to the Jobar Synagogue, which tradition holds was built by the biblical prophet Elisha, is the latest example of Syria's rich cultural heritage falling victim to the civil war between President Bashar Assad's regime and rebels seeking his ouster.

Syria is home to thousands of years of civilizations at the crossroads of the Levant and boasts important cultural sites dating back to the Bible, the ancient Roman empire, the Crusaders and the arrival of Islam.

Before the Syrian conflict started two years ago, these sites attracted international tourists. Many have since been damaged as the conflict evolved into a civil war. Combatants have garrisoned in historic castles, turning them into targets. And street battles raged last month near Aleppo's landmark 12th century Umayyad Mosque in the walled Old City, a UNESCO World Heritage Site.

The mosque itself was heavily damaged last year, soon after a fire gutted the city's famed medieval market.

The Jobar Synagogue, in the neighborhood of the same name in northeastern Damascus, is a relic of the area's once sizeable Jewish population. Tradition holds that the biblical prophet Elisha built the first structure on the site over a grotto in which his teacher, the prophet Elijah, had sought refuge.

"It was a very prestigious synagogue to hold a pulpit in and there were great rabbinic scholars who held court there over the centuries," said author Joseph Braude, who has written about Jewish history in the Arab world. "Long after Damascus ceased to be central to Jewish learning, the synagogue continued to be an important pilgrimage site and a place of worship for Jews living in Damascus."

The synagogue fell out of use after the foundation of Israel in 1948 and the departure of most of Syria's Jews during the next few decades. Before Syria's conflict began, it was opened only occasionally for tourists and pilgrims.

On Monday, people from both sides of the conflict said they were sad to see the site harmed.

Abdul-Karim said some of the objects from the synagogue had been stolen last year, but that officials hadn't been able to visit the building in about four months because rebels control the area.

After establishing footholds in a number of Damascus suburbs last year, rebel fighters sought to push into Damascus through Jobar, where they now clash daily with government troops.

It remains unclear how damaged the site is and how many of its artifacts are missing.

Activist videos posted online last month showed the building's simple door with rubble in front of it. One wall had a hole in it, and part of a short wall around the roof was missing. It showed two plaques near the door. One, in English, read: "Shrine and Synagogue of Prophet Eliahou Hanabi, Since 720 B.C."

The other, in Arabic, said it was the tomb of Al-Khodr, held in some Islamic traditions to be a prophet who traveled with Moses.

Another video showed shattered windows, rubble-strewn hallways and a hole in a roof of what appeared to be adjacent buildings. Rubble and oranges knocked from a tree lay in an outdoor courtyard where stones bearing Hebrew writing sat atop a doorway.

It was not clear from a brief image of the main sanctuary if had been damaged.

The videos appeared authentic and corresponded to other reporting by the AP.

An anti-government activist in Jobar reached via Skype on Monday said the synagogue had been looted continuously during recent months and was damaged by government shelling meant to push rebels from the area.

He said he visited the facility in early March and found the main sanctuary undamaged.

"I don't know exactly what was there originally, but we know there were lots of old books and artifacts that are not there anymore," said the activist, who goes by the name Abu Hassaan al-Damishqi.

Like many rebels, he spoke on condition that he would be identified only by that nickname, by which he is known among his comrades, fearing that publication of his real name could endanger his family.

He said the site had been looted by government soldiers or thieves taking advantage of a lack of security.

Also on Monday, the Britain-based Syrian Observatory for Human Rights reported shelling and clashes in a number of areas east and south of Damascus.

In the north, eight people, most of them children, were killed in government shelling of the city of Maaret al-Numan, the Observatory said.

And in the city of Aleppo, clashes continued near the Kurdish neighborhood of Skeikh Maqsound, where Kurdish militias clashed with government forces and set up checkpoints.

Civilians continued to flee the area, which was earlier a refugee for civilians trying to get away from fighting elsewhere, the Observatory said.