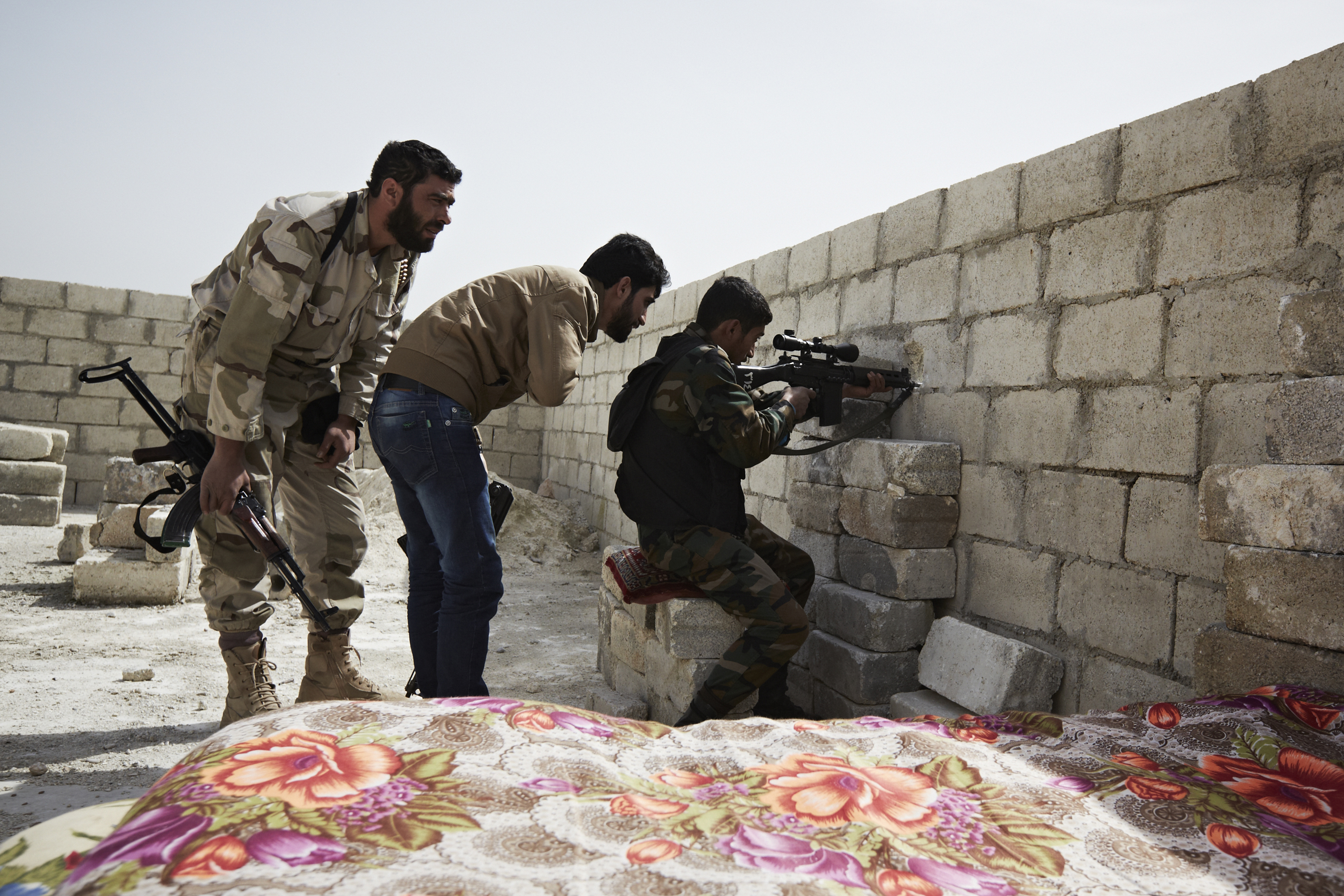 WASHINGTON For months now, the United States has been training secular Syrian fighters in Jordan with the goal of bolstering the array of forces battling President Bashar Assad's regime while at the same time strengthening the hand of moderates among the country's fractured opposition, American and foreign officials said. They said the effort is ongoing.

The training has been taking place since late last year at an unspecified location, concentrating largely on Sunnis and tribal Bedouins who formerly served as members of the Syrian army, officials told The Associated Press. The forces aren't members of the leading rebel group, the Free Syrian Army, they said. The U.S. and others fear the growing role of extremist militia groups in the rebel ranks, including some linked to al Qaeda.

CBS News' Cami McCormick reports that Little would not say what type of training is being conducted with the Jordanian military but he said the U.S. has been involved in joint planning with the Jordanians on a range of Syria contingencies "but that is different from the U.S. military training the Syrian opposition."

Officials told the AP that the operation is being run by U.S. intelligence. But those in Washington stressed that the U.S. was only providing nonlethal aid at this point, stopping short of a step that is being increasingly advocated by lawmakers in Congress but which the Obama administration opposes.

Others such as Britain and France are involved, officials added, though it's unclear whether any Western government is providing materiel or other direct military support after two years of civil war that, according to the United Nations, already has killed more than 70,000 people.

The officials spoke on condition of anonymity because they weren't authorized to speak publicly about the program.

Officially, the Obama administration has been vague on the subject of what type of military training it may be providing, while insisting that it is doing all it can — short of providing weapons to the rebels or engaging in its own military intervention — to hasten the demise of the Assad family's four-decade dictatorship.

White House spokesman Josh Earnest said Monday the U.S. has "provided some logistical nonlethal support that has also come in handy for the Syrian rebels who are, again, fighting a regime that is not hesitating to use the military might of that regime against its own people.

"That is something we're going to continue to work to bring to an end," he told reporters.

It's unclear what effect the training has had in the conflict. It has become a quagmire, with Assad's regime unable to snuff out the rebellion and Syria's opposition incapable thus far of delivering any serious blow to the ruling government's grip on Damascus and control over much of the country.

Some of the Syrians the U.S. is involved with are in turn training other Syrians inside the country, officials said.

They declined to provide more information because they said that would go too deep into intelligence matters. Defense Department officials insisted the Pentagon isn't involved with any military training or arms provisions to the Syrian rebels, either directly or indirectly. The CIA declined to comment.

The New York Times reported Monday that the CIA helped Arab governments and Turkey sharply increase their military aid to Syria's opposition in recent months, with secret airlifts of arms and equipment. It cited traffic data, officials in several countries and rebel commanders, and said the airlift began on a small scale a year ago but has expanded steadily to more than 160 military cargo flights by Jordanian, Saudi and Qatari planes landing at Turkish and Jordanian airports.

The training in Jordan, however, suggests the U.S. help is aimed somewhat at enhancing the rebels' capacity in southern Syria, the birthplace of the revolution two years ago when teenagers in the sleepy agricultural outpost of Dara'a scribbled graffiti on a wall and were tossed into jail, spurring Syria's own version of an Arab Spring uprising. Much of the violence since, however, has been in the northern part of the country, where rebels have scored several military successes after the Assad regime cracked down brutally on peaceful protesters.

Despite months of U.S. and international support to build a cohesive political movement, Syria's fractured opposition is still struggling to rally Syrians behind a common post-Assad vision. And the opposition coalition appears as much hampered by its political infighting as its military deficiencies against an Assad regime arsenal of tanks, fighter jets and Scud missiles.

The coalition's president, Mouaz al-Khatib, resigned his position Sunday because of what he described as restrictions on his work and frustration with the level of international aid. He said Monday he would still represent the opposition this week in Doha, where the Gulf state of Qatar will host a two-day Arab League summit starting Tuesday.

Al-Khatib's resignation comes only days after the opposition chose Ghassan Hitto, a long-time Texas resident, to head its interim government after intense wrangling over posts and influence that U.S. officials say has strained the opposition's unity and caused friction among its primary benefactors Saudi Arabia, Qatar and Turkey.

It's also unclear how al-Khatib's departure will affect the U.S. goal of political negotiations with amenable members of the Assad regime to end the civil war, given the moderate preacher's support for talks. Much of the Syrian opposition, including Hitto, rejects such talks.