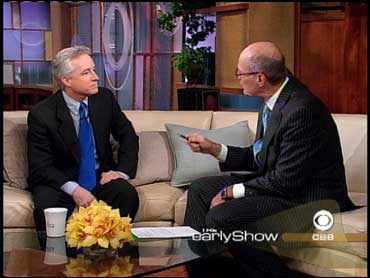 One Martina finished the job the original Martina left undone.

Martina Hingis became the youngest player in the Open era to defend a Grand Slam title Saturday when she captured her second Australian Open.

Hingis, 17, crafted her fourth major championship in elegant fashion, running former Wimbledon champ Conchita Martinez ragged in long rallies and tapping her out with volleys or soft, angled approach shots for a 6-3, 6-3 victory.

"To defend the title is much harder than coming here for the first time (when) nobody expected me to win," said Hingis, named after Martina Navratilova and raised since birth to be a champion. "There was so much pressure ... I'm very happy to have continued to do this again in singles and doubles."

Navratilova was going for her 10th Wimbledon title in 1994 when Martinez stopped her. The Czech-born, Swiss Martina got some revenge for her.

Unlike a year ago, her mother and coach, Melanie Molitor, stayed in the stands at the end instead of leaping down to embrace her daughter.

"My mom promised me before the match she wouldn't jump down again," Hingis told the crowd. Then, addressing her mother, she added, "I want to say thank you for being with me, through all the good times and bad times."

If the match lacked tension or suspense on a gorgeous 77-degree afternoon, it was because the light-footed Hingis so thoroughly kept control in her fifth consecutive Grand Slam final.

"She played very smart," said Martinez. "She didn't let me attack. She played all the right shots."

"Today patience was everything," Martinez said. "She didn't make a lot of errors. I was expecting balls to come slow, and instead of stepping and attacking, I was being more passive."

Though broken in the first game of the opening set after a couple of deuces, Hingis streaked through the next four games, capitalizing on Martinez' erratic groundstrokes, and never yielded the lead in taking the set in 40 minutes.

Hingis ruled the second set as easily, breaking Martinez three times. Martinez' biggest chance of coming back evaporated in the fourth game when she squared off with Hingis in their longest rally, 35 strokes that including two overheads by Hingis that Martinez chased down. But in the end, Hingis won that exhausting duel with a soft, inside out forehand crosscourt.

Hingis held that game, then broke a weary Martinez at love for a 3-2 lead. Martinez never threatened again.

"I didn't play bad, but I didn't play great," Martinez said, adding that she had to take anti-inflammatory pills for a groin strain. "I wouldn't say I was 100 percent."

No player, male or female, in the 30-years of Open era play has defended a Grand Slam title at a younger age. In 1991, Monica Seles was two months older when she won her second straight French Open championship.