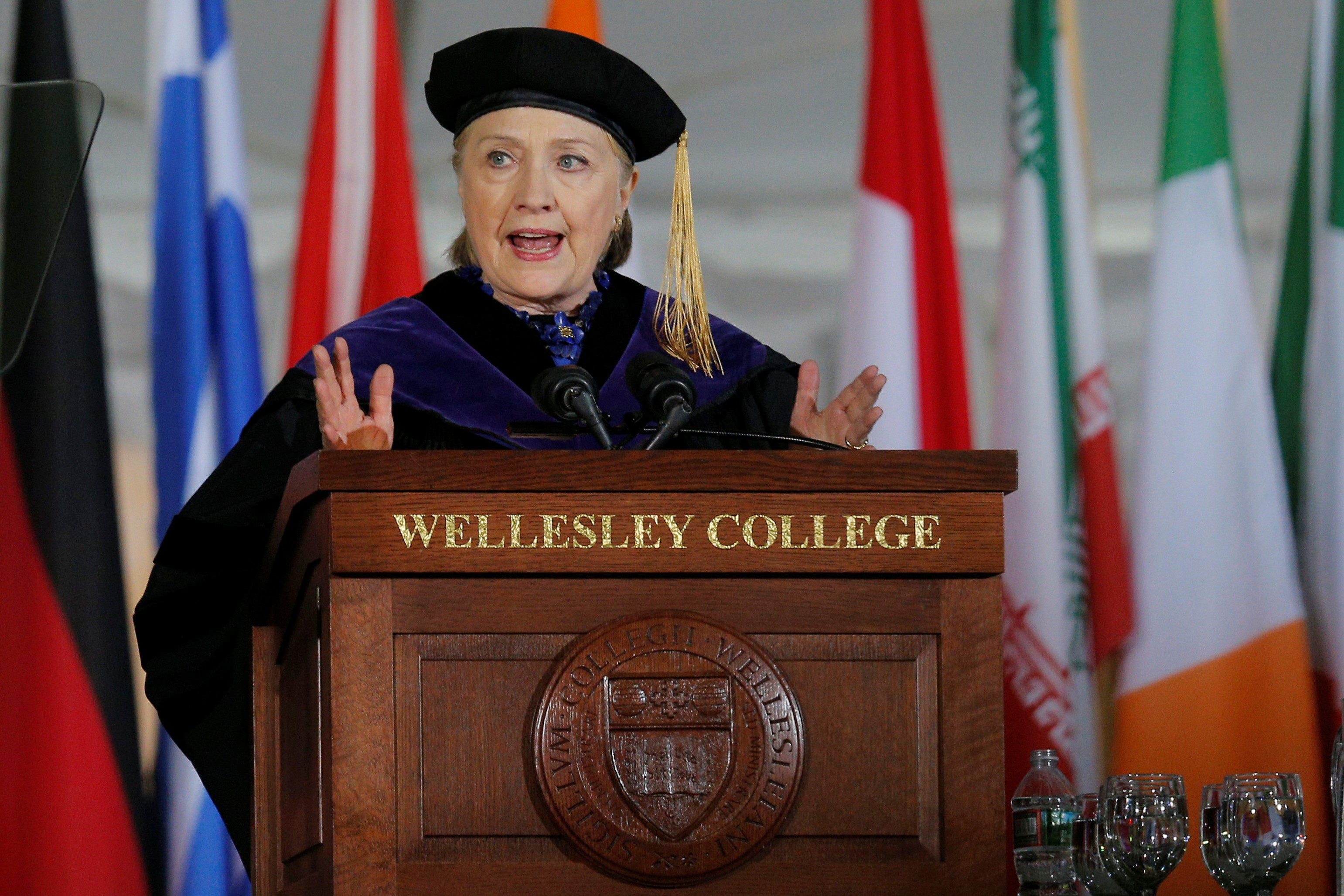 Hillary Clinton on Friday encouraged 2017 college graduates to stand up for "truth and reason" as she suggested President Trump has launched a "full-fledged" assault on those ideals.

"When people in power invent their own facts and attack those who question them, it can mark the beginning of the end of a free society," the 2016 Democratic presidential nominee warned in a commencement address at her alma mater, Wellesley College, in Wellesley, Massachusetts.

That's not hyperbole -- "It is what authoritarian regimes throughout history have done," she said.

"You are graduating at a time when there is a full-fledged assault on truth and reason," Clinton told the class of 2017.

Clinton spoke about people who deny science and of those who concocted a conspiracy theory about her operating a child abuse ring out of a Washington, D.C.-based pizza parlor last year.

"Some are even denying things we see with our own eyes -- like the size of crowds," she said, referencing Mr. Trump's false characterization of the crowd size at his inauguration in January.

Clinton called Mr. Trump's 2018 budget proposal "a con," which she said would underfund public education, mental health, efforts to combat the opioid epidemic and fight climate change. She spoke about Americans who have lost faith in the political, cultural, economic and societal conditions in the U.S., acknowledging that "many feel left behind, left out, looked down on." She said these same people don't want "DREAMERs deported or health care taken away" and "many don't want to retreat on civil rights, women's rights and LGBT rights."

She spoke about her graduation from Wellesley in 1969, and recalled the election of President Nixon a year earlier.

"We were furious about the past presidential election -- of a man whose presidency would eventually end in disgrace for his impeachment for obstruction of justice," she said, drawing applause from the crowd, at a time when some Democrats have said Mr. Trump committed obstruction of justice and should be impeached. "We got through that tumultuous time."

Clinton said that the future of the nation depends on young people who "insist on truth and integrity."

"You didn't create these circumstances but you have the power to change them," said Clinton," who said the students might face "trolls galore" who "may even call you 'a nasty woman,'" referencing a phrase she embraced on the 2016 campaign trail, after Mr. Trump used the phrase about her during their third presidential debate.

She said she's been "doing okay" since her election upset last November, which she joked has involved long walks in the woods, "organizing my closets" and she said "chardonnay helped a little, too."

Clinton urged the students to make "defending truth and a free society a core value" of their life every day after their graduation.

"Wherever you wind up next, the minute you get there, register to vote," she said. "While you're at it, encourage others to do so...and vote in every election."