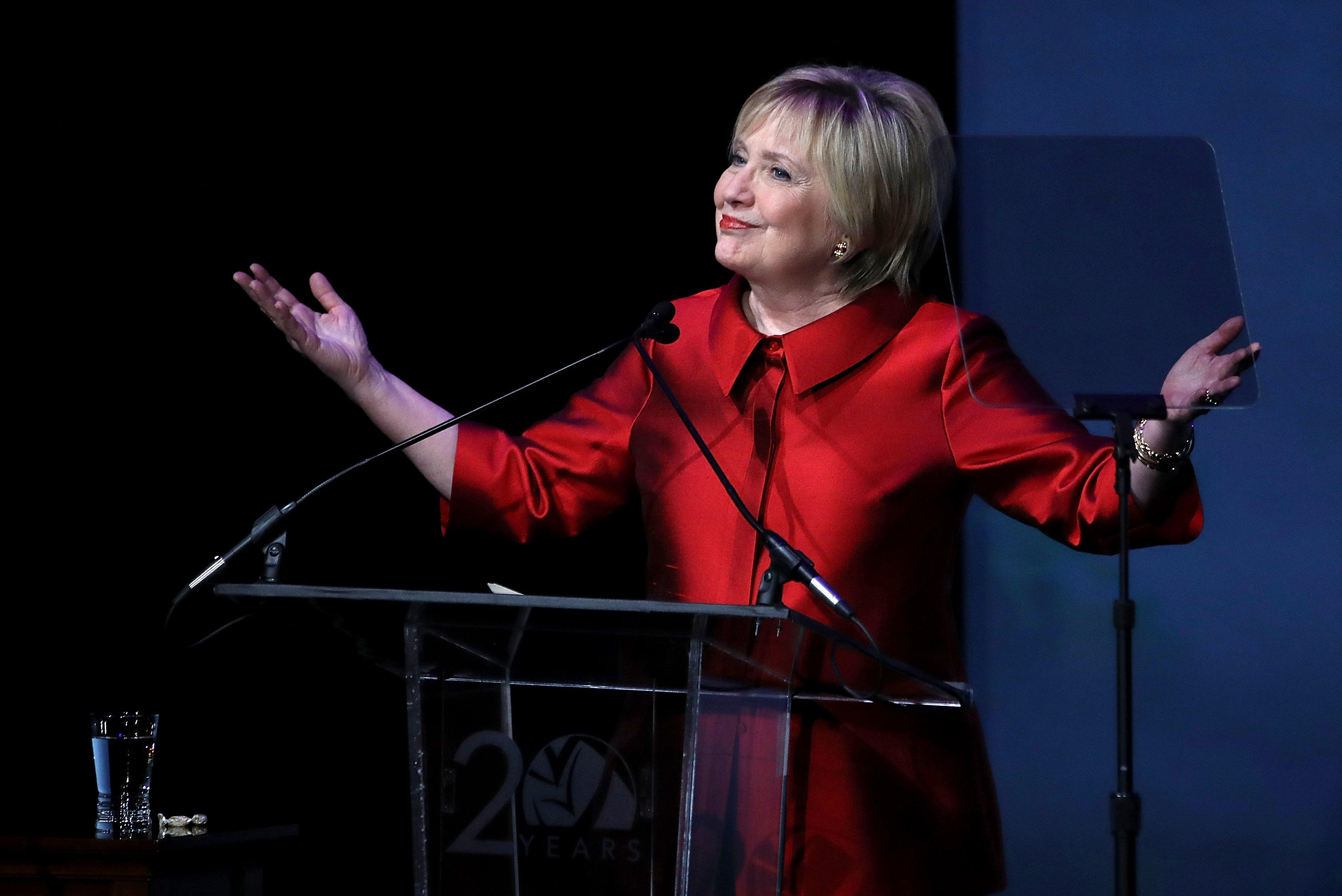 “I’m like a lot of my friends right now, I have a hard time watching the news,” Clinton told an Irish women’s group.

But she urged a divided country to work together to solve problems, recalling how, as first lady, she met with female leaders working to bring peace to Northern Ireland.

“I do not believe that we can let political divides harden into personal divides. And we can’t just ignore, or turn a cold shoulder to someone because they disagree with us politically,” she said.

Friday night’s speech was one of several she is to deliver in the coming months, including a May 26 commencement address at her alma mater, Wellesley College in Massachusetts. The Democrat also is working on a book of personal essays that will include some reflections on her loss to Donald Trump.

Clinton, who was spotted taking a walk in the woods around her hometown of Chappaqua, New York, two days after losing the election to Donald Trump, quipped she had wanted to stay in the woods, “but you can only do so much of that.”

She told the Society of Irish Women that it’ll be up to citizens, not a deeply polarized Washington, to bridge the political divide.

“I am ready to come out of the woods and to help shine a light on what is already happening around kitchen tables, at dinners like this, to help draw strength that will enable everybody to keep going,” said Clinton.

Clinton was received warmly in Scranton, where her grandfather worked in a lace mill. Her father left Scranton for Chicago in search of work during the Great Depression, but returned often. Hillary Clinton spent summers at the family’s cottage on nearby Lake Winola.

She fondly recalled watching movies stretched across a bedsheet in a neighbor’s yard, and told of how the cottage had a toilet but no shower or tub.

“Don’t tell anybody this, but we’d go down to the lake,” she said.