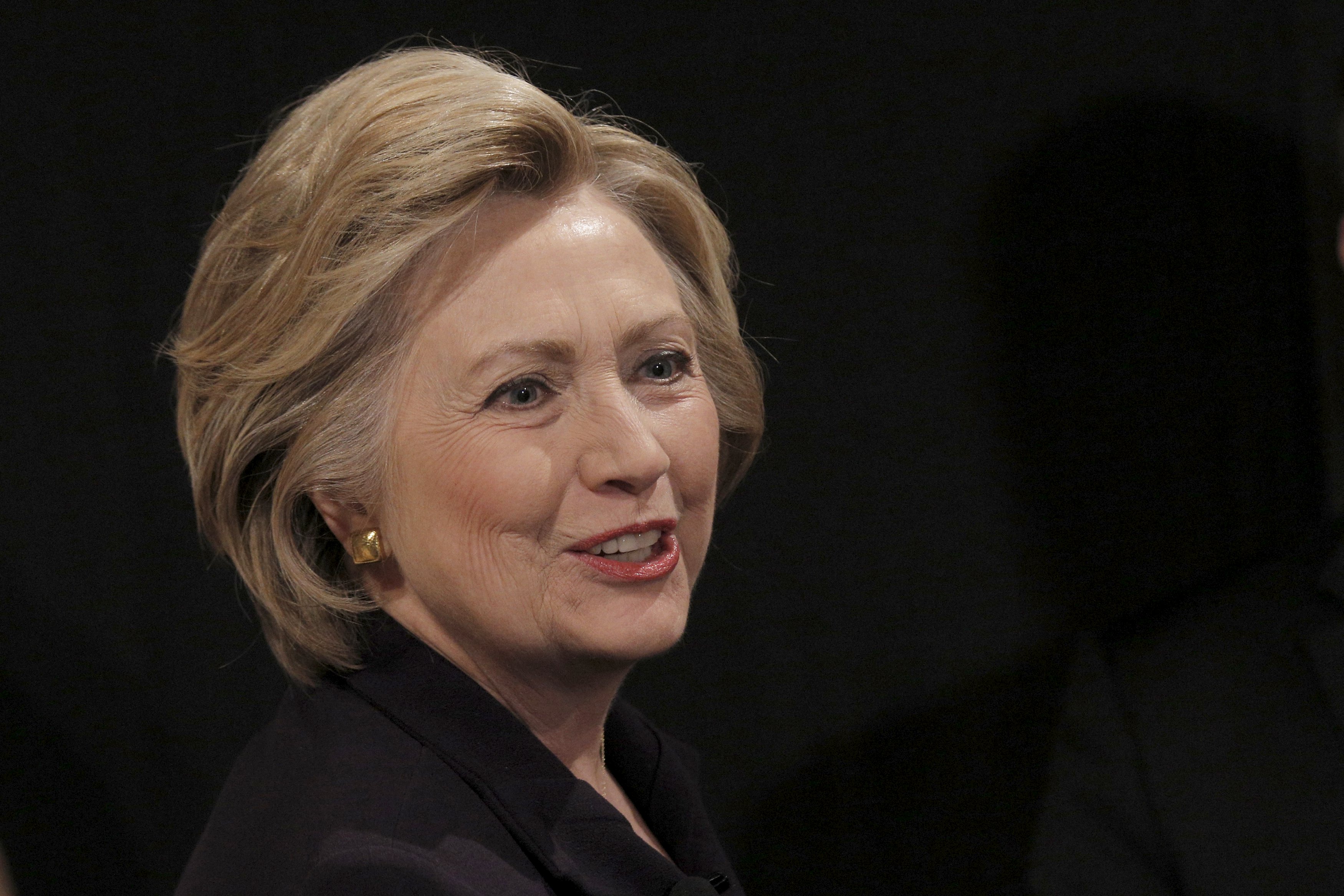 Hillary Clinton repeatedly defended her ties to Wall Street in an interview with the editorial board of the Philadelphia Inquirer, saying again that she will not release transcripts of her paid speeches to Wall Street companies and calling for other 2016 hopefuls to be held to the same standard she is.

Clinton spoke with the paper ahead of Pennsylvania's April 26 primary, in which polling shows her currently leading Vermont Sen. Bernie Sanders. Sanders has made Clinton's ties to Wall Street, both in the form of campaign donations from Wall Street executives and her paid speeches, a major part of his argument against her.

The first question on the topic of Wall Street stressed that questions about whether she is "trustworthy" stem not from Benghazi or her private email server, but from her connections to Wall Street.

"I think the question is a fair one, and what it's really asking is whether money I received from people who worked on Wall Street either for making speeches or for campaign donations had or will influence my decision-making, and there is absolutely no evidence that it either has or that it is or that it will," she said.

"I've been very clear when I was a senator from New York. I was outspoken about Wall Street behavior. I fought for ending advantageous loopholes," she continued. "I was, I think, one of the very few in Congress at the time who warned at the time about what risks were being taken with mortgages, and if the standard is whether you can govern independently if you've ever taken any contributions or money from Wall Street, then President Obama is someone who took more contributions in 2008 than I think had ever been given to a Democrat."

Next, Clinton was asked whether she was afraid the high-dollar paid speeches she gave would ever "come back to haunt" her. Clinton replied that she's been transparent about her finances and that she has a public history on these issues.

"I have a public record. I am not someone who is quiet about these issues...I spoke to a wide group of businesses and groups when I was on the speaking circuit, and I have been remarkably more open than anyone else," she said.

Clinton noted that 30 years of her tax returns are available publicly, including eight that are on her campaign website. "That's a standard that Sen. Sanders certainly hasn't met," she said. " And I did say that I want to be held to the same standard as everyone."

The editorial board pushed her further on the issue of the speech transcripts, with one member saying they were "unsatisfied" with her decision not to disclose them, especially since she earned "more money than most Americans make in several years" giving them.

"I want to make a broader point, because I've already told you what my answer is. When everybody meets the same standards, so will I," she said. "You know, I have to be very clear with you. I believe that the American people have more information about me than anyone who has ever run for president. I believe there has been a concerted effort to tear me down, to attack me, to criticize me, and there certainly has been a double standard between me and others who run. And at some point, you know, I have to say, look, let's meet the same standards."

Pushed a final time to describe the kinds of issues she discussed in Wall Street speeches, Clinton said she frequently discussed her tenure as secretary of state -- including noting that she told the story of the raid that killed Osama bin Laden "maybe 25 times."