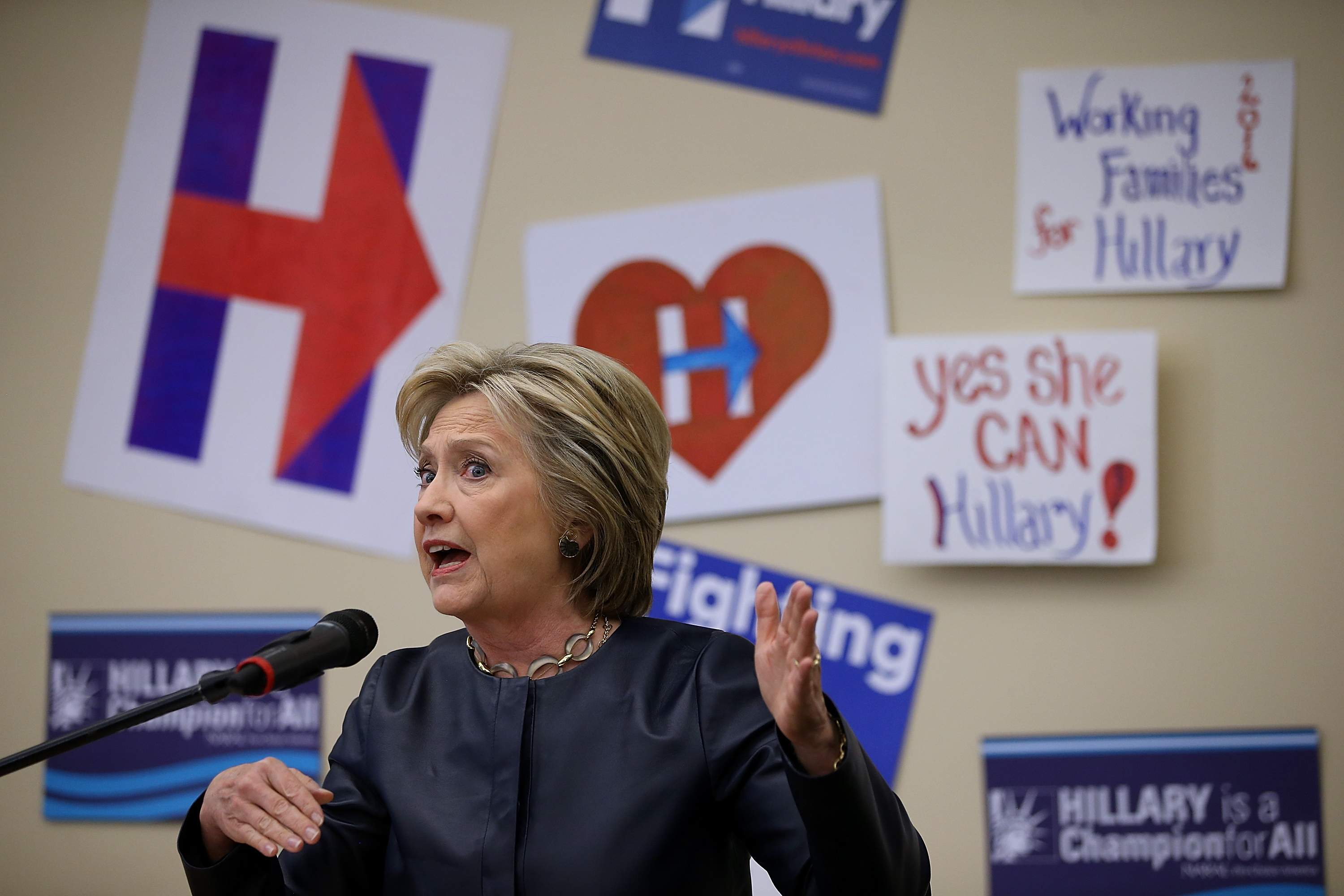 ST. LOUIS -- The morning after protests shut down a Donald Trump rally in Chicago, Hillary Clinton accused the Republican frontrunner of inciting the violence with "ugly, divisive rhetoric."

"The ugly, divisive rhetoric we are hearing from Donald Trump and the encouragement of violence and aggression is wrong, and it's dangerous," she said, speaking at a canvass kickoff at the O'Fallon Park Recreation Complex in St. Louis. "If you play with matches, you're going to start a fire you can't control. That's not leadership. That's political arson."

Clinton's comments followed a written statement issued by her campaign late Friday night calling for unity, but which never directly condemned the candidate himself.

"The test of leadership and citizenship is the opposite," Clinton continued. "If you see bigotry, oppose it. If you see violence, condemn it. And if you see a bully, stand up to him."

Clinton acknowledged that voters "on the left, on the right" are angry, and said that the anger Americans are feeling is justified.

"Many people have gotten a raw deal for too long," she said. "Our economy and our politics have failed to deliver results the way they should. But I believe with all my heart the only way to fix what's broken is to stand together."

Clinton, who is holding events in Missouri and Ohio on Saturday ahead of those states' primaries on Tuesday, has been campaigning in part on a message of "love and kindness." She often says, in a direct rebuke to Trump's slogan, that the country needs to made "whole" again. Speaking to her supporters on Saturday morning, she encouraged them to get out and vote.

"I want us to roll up our sleeves and get to work and to stand against this tide of bullying and bigotry and blustering that is going on in our political system," she said. "The best way to do that is to turn everybody we can out to vote on Tuesday. Send a clear message."