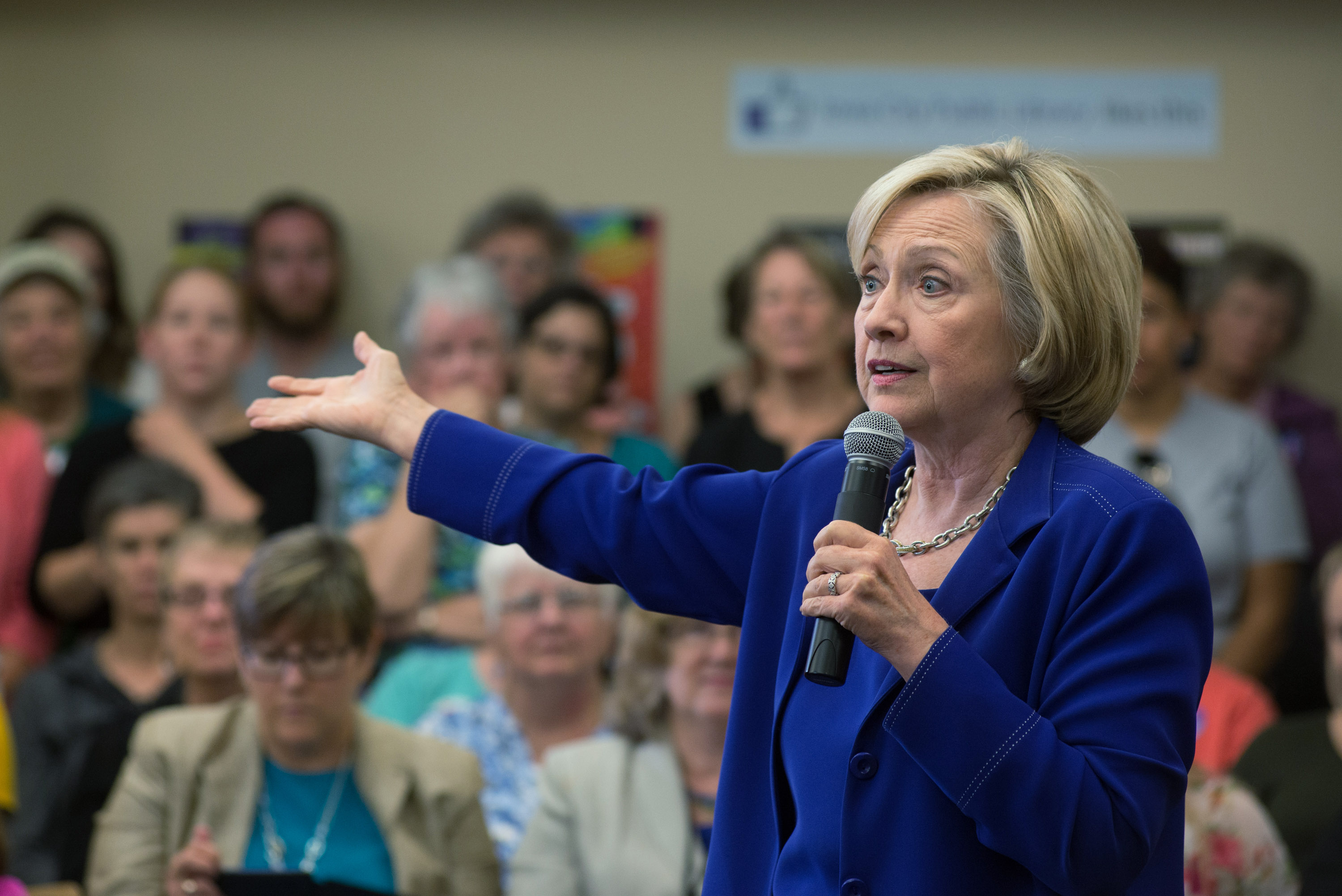 Democratic presidential candidate Hillary Clinton on Tuesday night clarified that she supports the agreement that President Obama's administration and its world partners have reached with Iran to freeze its nuclear program.

"I support this agreement because I believe it is the most effective path of all the alternatives available to the U.S. and our partners to prevent Iran from acquiring a nuclear weapon," she said.

Her statement Tuesday night went a step further than her remarks earlier in the day, when Clinton she stressed she needed to learn more about the deal's details. She said Tuesday morning that based on what she knew at the time, the deal was "an important step in putting the lid on Iran's nuclear program."

In her latest statement, Clinton added that she is still "studying the details."

"But based on the briefings I received and a review of the documents, I support the agreement because it can help us prevent Iran from getting a nuclear weapon," she continued. "With vigorous enforcement, unyielding verification, and swift consequences for any violations, this agreement can make the United States, Israel, and our Arab partners safer."

Given Iran's past behavior, she said, "the highest priority must be given to effective enforcement of the agreement. Signing is just the beginning."

She argued that her experience shaping the deal as secretary of state will help her enforce it if she wins in 2016.

"As Secretary of State, I logged tens of thousands of miles and twisted a lot of arms to build a global coalition to impose the most crippling sanctions in history," she said. "That unprecedented pressure delivered a blow to Iran's economy and gave us leverage at the negotiating table, starting in Oman in 2012. I know from experience what it took to build a global effort to get this done; I know what it will take to rally our partners to enforce it."

While Clinton signaled her endorsement of the deal earlier in the day, the Republican National Committee (RNC) suggested the Democratic frontrunner was trying to keep an ambiguous position. The RNC spotlighted one report in which a reporter asked Clinton's staff whether she fell "somewhere on a spectrum between support and opposition."

Clinton's spokesman responded, "Everybody lives somewhere between support and opposition."

Meanwhile, as Republicans work to thwart the deal, the RNC continues to refer to it as the "Clinton-Obama nuclear agreement."