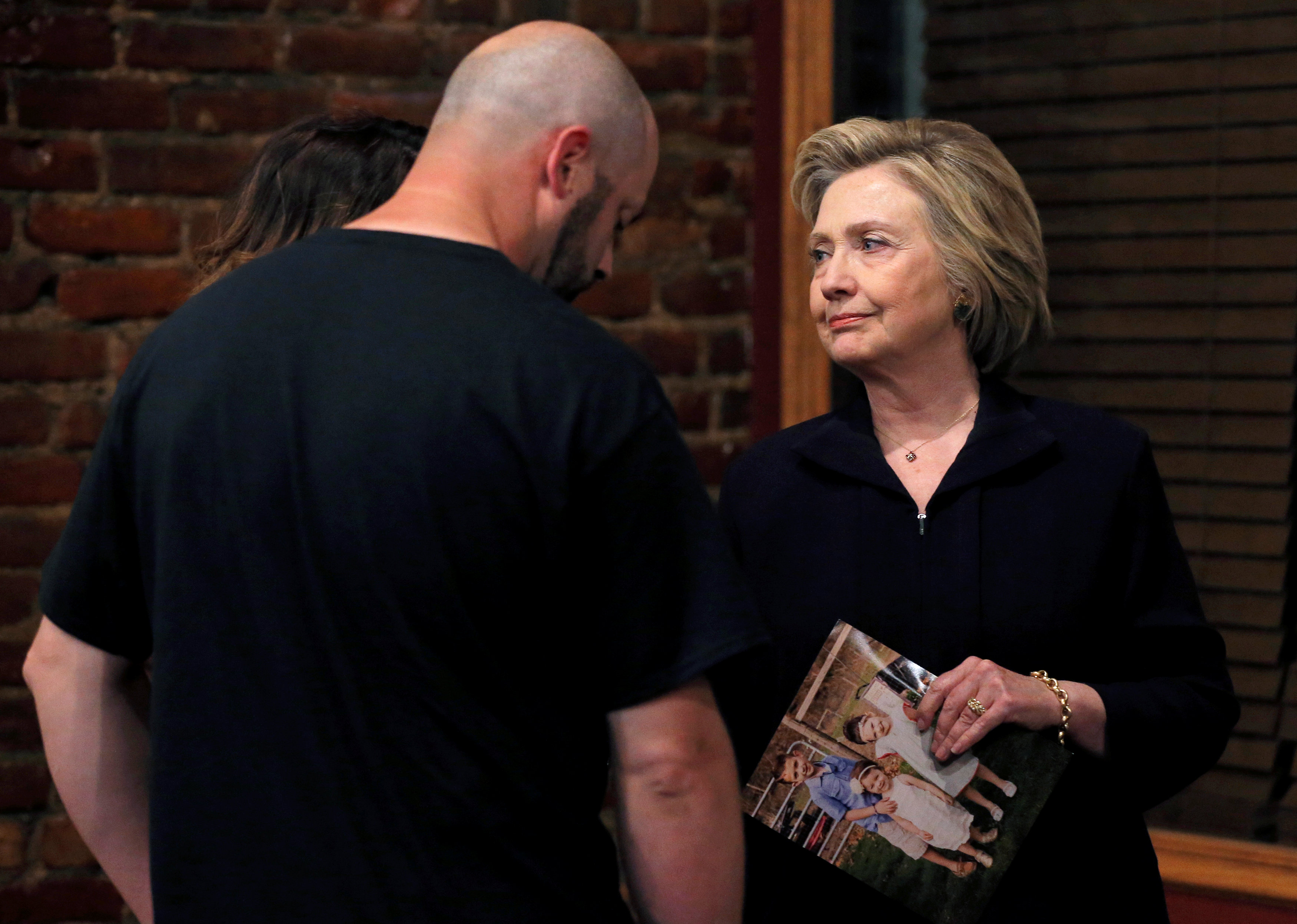 WILLIAMSON, W.V. Hillary Clinton apologized on Monday for saying she would put coal miners and companies "out of business" as president, calling her comment a "misstatement."

"What I said was totally out of context from what I meant," Clinton said. "It was a misstatement, because what I was saying is that the way things are going now, we will continue to lose jobs."

Clinton said during a town hall on CNN in March that she is the "only candidate which has a policy about how to bring economic opportunity using clean renewable energy as the key into coal country."

"We're going to put a lot of coal miners and coal companies out of business," she said. Clinton went on to say that, under her plan to shift the country away from fossil fuels, coal miners would not be forgotten.

But Clinton's choice of words -- "out of business" -- angered some Republicans and Democrats alike, including West Virginia Sen. Joe Manchin, who has endorsed her and has now appeared with both the former secretary of state and former President Bill Clinton as they campaign in the state ahead of the primary.

In walking back those comments on Monday, Clinton spoke directly to Bo Copley, a 39-year-old foreman and maintenance planner who lost his job at Coal Mac, Inc., a subsidiary of Arch Coal. Copley and Manchin were among a small group of eleven who met with Clinton at a community health center here in Williamson, located in what was one of the top coal-producing counties in the country.

"I just want to know how you can say you're going to put a lot of coal miners out of jobs, and then come in here and tell us how you're going to be our friend," Copley said. Though his tone was calm, Copley said he was speaking on behalf of protesters gathered outside Clinton's event, many carrying signs bearing Donald Trump's name. Clinton told Copley, who said he is a registered Republican, that people have a "perfect right" to be angry.

"I do feel a little bit sad and sorry that I gave folks the reason, or the excuse, to be so upset with me, because that is not what I intended at all," she said. Clinton then made her case to Copley, one on one.

"I'm here because I want you to know whether people vote for me or not, whether they yell at me or not, is not going to affect what I'm gonna try to do to help," she said, "because I feel like that's a moral obligation."

Speaking to reporters after the event, Copley said that Clinton hadn't won him over. "I would have liked to have heard more about what her plan is going forward for us," he said. "I'm not into political games...I want to hear the plans you have in store for us if you do get elected."