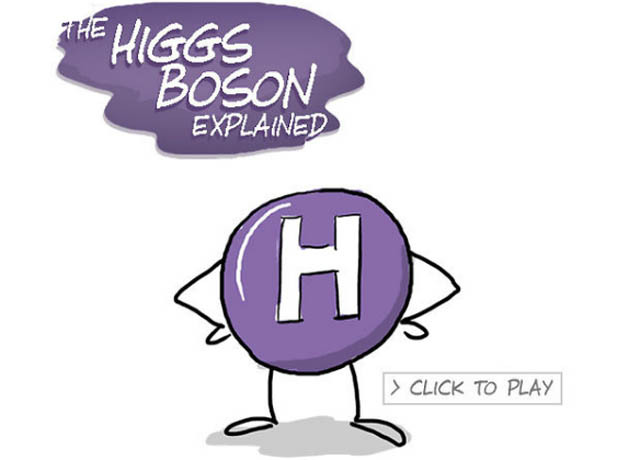 (CBS News) The science world is abuzz about an announcement from the European Organization for Nuclear Research, also known as CERN, concerning the Higgs boson - informally called the "god particle." The European collective plans to announce their latest data concerning this elusive particle, which has never been directly observed and may not even exist. But what is a Higgs boson? One helpful cartoon explains.

NASA, which featured this educational cartoon on their website, offers some detail: "The term boson refers to a type of fundamental particle with similarities to the photon, while Higgs refers to Peter Higgs, a physicist who among others published research predicting the mechanism through which such a particle might act. The above animated cartoon explains in humorous but impressive detail why the Higgs boson is expected, and one method that the Large Hadron Collider is using to find it."

The video itself comes from "PHD Comics" - a web series started by Jorge Cham, a cartoonist and roboticist, that follows the lives of several graduate students. The knowledgeable voice explaining this mysterious "god particle" is physicist Daniel Whiteson, a scientist at CERN.

So did you learn something? Perhaps the biggest take-away from this informative, entertaining video is just how excited the science community is to be moving so close to what could be a momentous discovery.

CERN is expected to announce their formal findings concerning the Higgs Boson on Wednesday, July 4th.