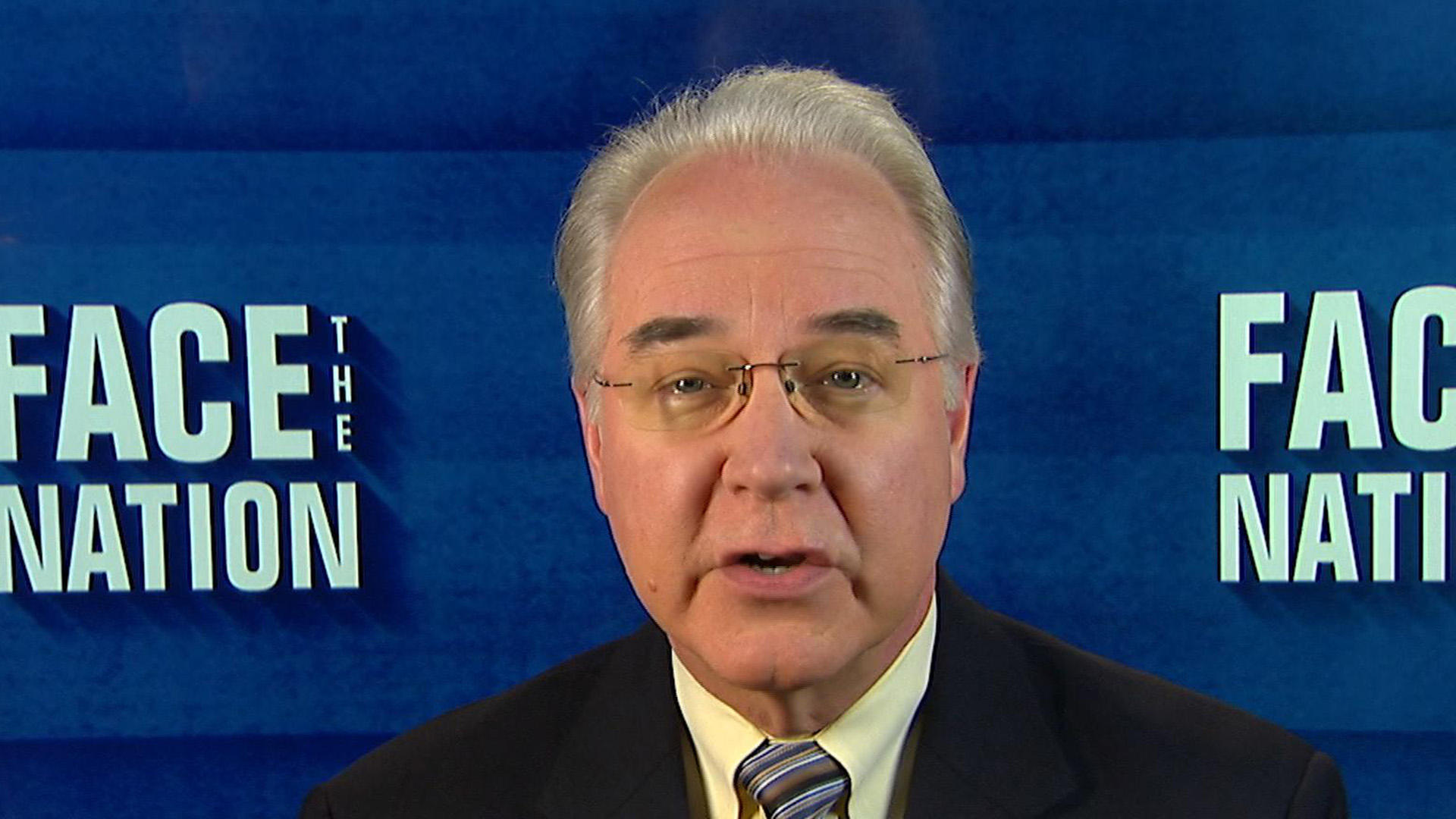 As President Donald Trump and congressional Republicans debate the future of Medicare, Health and Human Services Secretary Dr. Tom Price said Sunday that Republicans “believe in the guarantee of Medicare for our seniors.”

His comments come after President Donald Trump reiterated during his address to a joint session of Congress last week that he doesn’t want to change Medicare benefits. Meanwhile, House Speaker Paul Ryan has said he still thinks the future of Medicare is an “open question.”

“I’ll tell you what’s not an open question, is that we believe in the guarantee of Medicare for our seniors,” Price told CBS’ “Face the Nation.” “The challenge that we have, as you well know and your viewers know, is that Medicare is, as some folks have said, going insolvent or going broke. … So we believe strongly in the guarantee of Medicare and make certain that it’s a viable, financially secure program going forward so that seniors now and in the future know that it will be there for them.”

“What we want to make certain is that we’re being true to the principles of health care, which is a system that’s accessible for everybody and affordable for everybody, and of the highest quality,” he said. “Making sure we incentivize innovation and empowering patients through both transparency and accountability. So that’s the plan we’ve been working on.”

As for Republicans’ goals for putting together their ACA replacement, Price said it is “to make certain that every single American has access to affordable coverage that’s of the highest quality.”

“The federal government has dictated to individuals what they must buy, what kind of health coverage they must purchase,” he said. “So what our goal is, what the president’s goal is, is to give people choices, to let them purchase the kind of insurance that they want for themselves and for their family.”

Should any Americans worry about losing their coverage under the new plan? Asked about this, Price didn’t answer directly -- but said that health insurance is already becoming so expensive that many Americans can’t afford it.

“It is becoming expensive right now. ...You may have an insurance card, but you don’t have care because you can’t afford the deductible in order to get the kind of care that you need,” he said. “So our goal is to bring those costs down. And the way that you do that, again, is through flexibility, through allowing states to have the flexibility to care for their vulnerable populations as they see fit.”