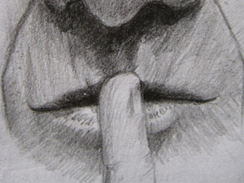 Every so often I write a piece about the misuse of our language: Poor writing, grammar abuse, and the general demise of quality communication, particularly in business. I haven't done one in a while, and amazingly, I get requests for them -- like some kind of grammar D.J. So in the spirit of the holidays and with the new year around the corner, I'll vent with a few bah humbugs on the topic. Hey, we've lost Andy Rooney, so someone needs to do curmudgeon duty once in a while.

Here are just a few words, phrases and grammatical offenses that I hope not to see or hear in 2012:

"With all due respect." We've all said it, but nothing good ever follows it. It is a timid -- in fact, sometimes cowardly -- way of trying to tenderize a disagreement or even an insult. If you have a legitimate argument, then just man- or woman-up and speak your mind. If you're trying to avoid sounding like you're insulting someone, reconsider your message to begin with.

"I hear what you're saying, but..." A cousin of the "all due respect" thing. Sometimes it's just an innocent phrase, but more often it is either an indication of feigned interest, or a condescending way of preparing someone for the dismissal of whatever it is he or she said. It is especially offensive in a customer service environment, where it is commonly used as a prelude to a refusal to help.

"Their" vs. "There." Yes, there are grown-up, presumably educated, business people who actually confuse these homonyms, and not infrequently. I get business e-mails and texts saying things like "Our supplier raised there prices." I'll grant the possibility of an occasional typo, but seriously?

Apostrophe abuse. Another one that's hard to believe, but it is shocking how many people beat up on the poor little apostrophe, using it to indicate a plural ("these catalog's show our newest products") when its proper use is as a possessive ("this catalog's content is very helpful") or as a contraction. I have actually seen this grade-school error on professionally-produced signage and advertising. There are, well, no excuse's for this.

"Irregardless." I hear it at least 4.7 times a week and each time I do, an angel loses his wings.

"A couple things." This one is admittedly contentious. Virtually all grammar and style guides still say that "couple" should be followed by "of" ("I want to talk about a couple of things."), but dropping the "of" has apparently become acceptable slang. So I can't make quite as strong an argument on this one, but I find it to be inelegant usage at best. It may be considered allowable, but it's still one of a couple things I don't like.

"Comprised of." Now here is where you get to drop the "of." I've come to think "comprised" must be the most misused word in our lexicon. Nearly every day I get some communication saying that something is "comprised of" something else ("my report is comprised of data collected..."). Comprise means include, so there should be no "of" after it. But more times than not, it is used incorrectly in place of "composed of."

Maybe I'm being too nit-picky on some of these. Maybe no one cares anymore. But as with all language misuse and abuse, I think it's a slippery slope. I am especially sensitive to this because I do a lot of international business, and in most of the countries now giving America a run for its money, education, propriety and formality are still meaningful and respected.

I don't claim to be perfect; far from it. Heck, there may well be an error in this very article (if so, I'm sure someone will jump on it quickly). But the point is that I pay obsessive attention to the technical quality of my communication, and take it seriously, because I believe it matters, and I notice the same quality -- or lack thereof -- in others. And that comes right back to business: Whether it's a job applicant, a salesperson or a colleague, the quality of his communication stands out just as much as the way he's dressed. To me at least, someone who writes and speaks well is more likely to engender trust, respect, credibility and all the rewards that come with a professional, polished image.

Aside from simply making better impressions, good communicators make better leaders, better motivators, better marketers, and odds are, better money. So make a resolution for the new year to tighten up your communication skills, and see if it ain't worthwhile.

Many of you have posted some doozies of your own in the past. Got any more to share?