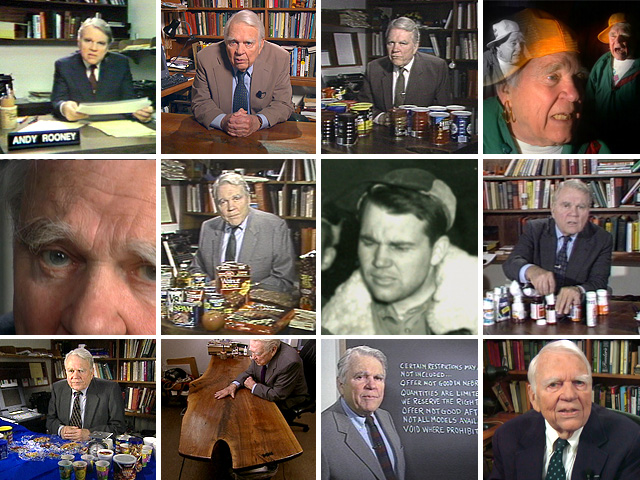 When our colleague Andy Rooney died on November 4th at age 92, he had lived not just a long life, but also a lucky life.

Andy told viewers that himself just a month ago in his final essay for 60 Minutes. "Not many people in this world are as lucky as I have been," he said, recalling his many decades as a journalist. "All this time I've been paid to say what is on my mind on television. You don't get any luckier in life than that."

True to form, Andy Rooney didn't hide his feelings about saying goodbye to the broadcast where he'd been able to speak his mind for 40 years in 1,097 highly opinionated essays. "This is a moment I have dreaded. I wish I could do this forever," he said.

And that's what it's like here at "60 Minutes" - we have dreaded his passing, we wish he could have gone on forever . . . and we also feel so lucky to have been a part of the great ideas and essays that Andy generated, week in and week out, for his segment on the broadcast: "A Few Minutes with Andy Rooney."

In honor and in memory of Andy's great wit, wisdom, and writing, "60 Minutes Overtime" offers this selection of some of Andy Rooney's best pieces.