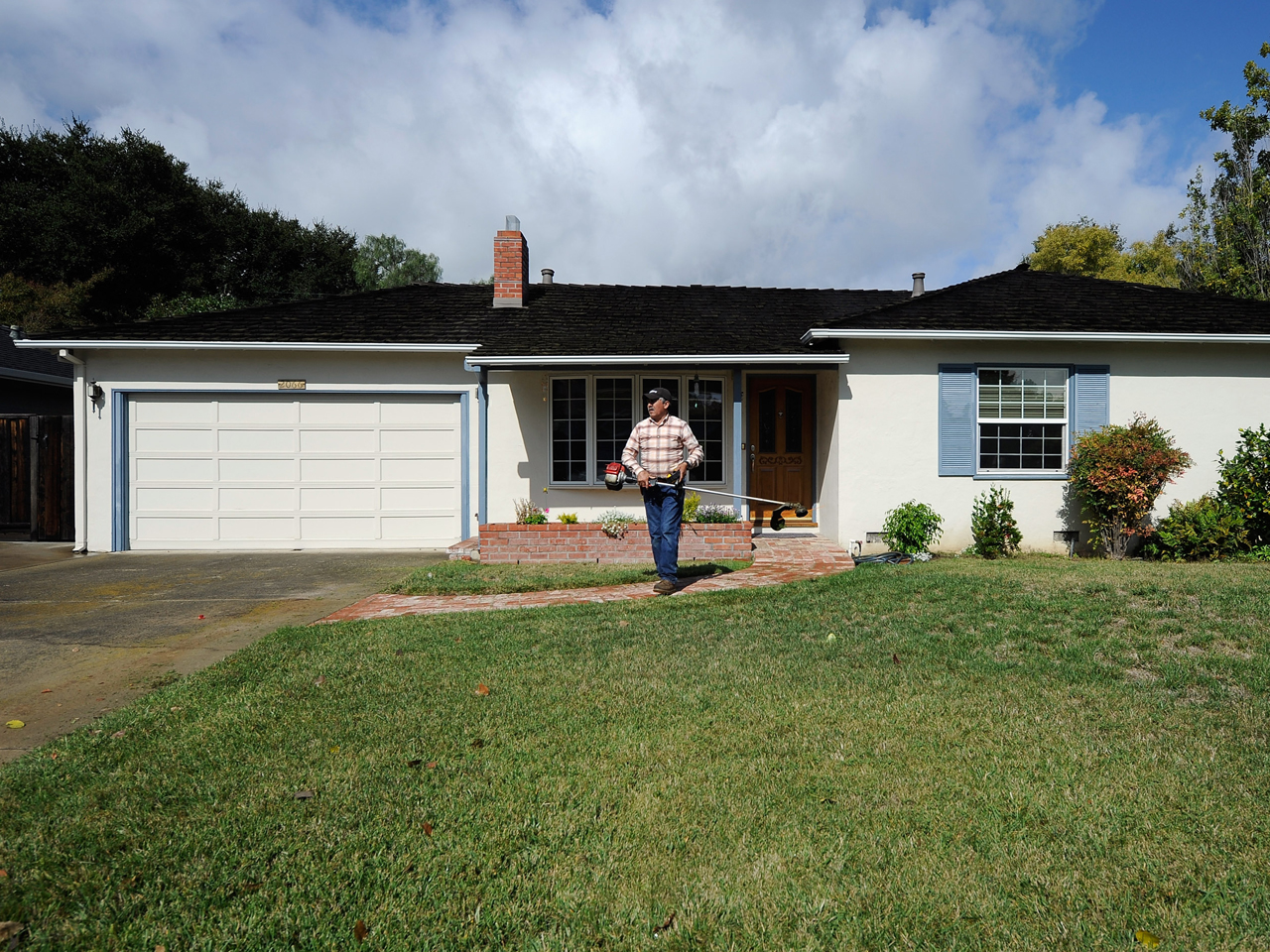 Silicon Valley isn't only home to some of the country's top innovators. It's also home to the nation's priciest real estate.

The most expensive market for buying a home is Los Altos, California, where the average listing price is $1.96 million, or six times the national average, according to a new report from real estate agency Coldwell Banker. That marks the second time in three years that Los Altos -- where Steve Jobs and Steve Wozniak built the first Apple computer -- has ranked as the most expensive real estate market in the U.S.

Los Altos has rivals in Silicon Valley for the crown of the most expensive market in the country, with the report finding that the tech-heavy region is home to seven of the 10 most expensive U.S. cities. Thanks to rising stock prices for companies such as Apple, a boom in venture capital spending, and hefty salaries, home buyers are able to pay more in those markets.

But America in some ways is also a tale of two types of cities. While the top 1 percent of workers shell out millions to get a foothold in desired towns such as Newport Beach, California (No. 2), there's are several less flashy towns that offer some of the country's best deals.

Cleveland ranks as the country's most affordable market to buy a home, with a listing price of $64,993. At one time derided as "The Mistake on the Lake," Cleveland has sought to shed that image, with mixed results. In 2010, Forbes anointed Cleveland as "America's most miserable city."

Still, Coldwell Banker said the city is experiencing a resurgence.

"There is clearly a positive vibe in the city and its suburbs. So much is happening here, the downtown resurgence and of course the buzz of Johnny Manziel and LeBron," Ed Dolinsky, president of Coldwell Banker Hunter Realty in Cleveland, said in a statement. "Being affordable is fantastic."

The fastest growing cities are now those that offer more affordable housing, such as Oklahoma City, which became the 12th-fastest-growing city in 2013, according to The New York Times. The average home price there is $172,966, according to Coldwell Banker.

The search for affordable housing is increasingly motivating Americans to pick up and move, with the Census Bureau finding that 18 percent of people moving more than 500 miles were motivated by housing, up from 8 percent in 2007.

Of course, for Americans in the top 1 percent of earners, the high prices of homes in desirable cities such as Saratoga, California (the third most expensive town, at an average listing price of $1.87 million) might not be such a burden. The richest Americans have seen their bank accounts reach new highs, with their wealth back at the highs seen during "The Great Gatsby" era, economists Emmanuel Saez of University of California, Berkeley and Gabriel Zucman of the London School of Economics recently found.

Luxury residential prices across 33 cities are now one-third higher than in 2009, compared with a 14 percent rise for all other real estate, according to the Knight Frank Prime Global Cities Index.

Below is a list of the five most expensive and five most affordable markets for home buyers, by average listing price:

Most Expensive Markets to Buy a Home

Most Affordable Markets to Buy a Home