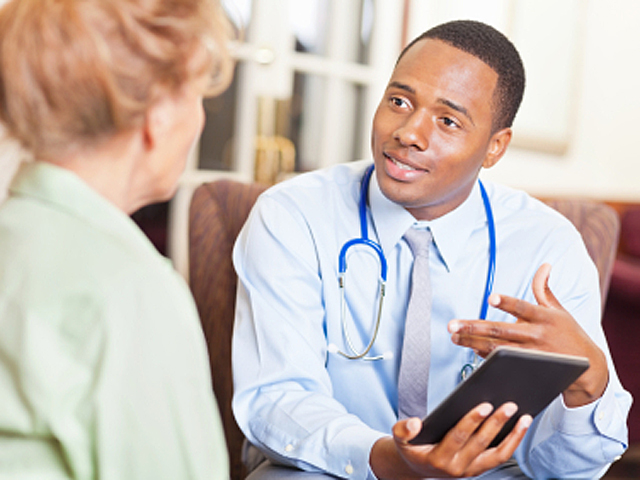 Hepatitis C is a liver-damaging disease that can live in the body for decades before it causes serious health problems. That's why a U.S. panel of medical experts is now urging older Americans to get a one-time blood test to see if they have the infection.

The U.S. Preventive Services Task Force issued recommendations Tuesday for all adults born between 1945 and 1965, the "Baby Boomers," to get tested for hepatitis C. The panel pointed out the recommendation comes at a time of rising disease rates among this age group.

"Baby boomers account for three out of four people with hepatitis C," Task Force co-chair Dr. Albert Siu, professor and chair of geriatrics and palliative medicine at Mount Sinai Hospital in New York City, said in a news release. "Many people in this age group contracted hepatitis C from a blood transfusion or unknown or unreported high-risk behaviors. Even though they may have no symptoms yet, the evidence is convincing that one-time screening will help find millions of Americans with the infection before they develop a serious liver disease."

The Task Force also urged adults who are current or past users of injectable drugs or those who received a blood transfusion before 1992 to get a hepatitis C blood test.

Hepatitis C is an infectious disease caused by a virus that can range in severity from a short-term infection (acute) to a serious lifelong illness (chronic). The disease can't be prevented with a vaccine or cured. Many people won't have symptoms, but some could have dark urine, fatigue, loss of appetite, yellowing of the skin (jaundice), abdominal pain or nausea, according to the National Institute of Allergy and Infectious Diseases.

If a person developed hepatitis C decades earlier following a blood transfusion or injecting a drug, a person could be at risk for cirrhosis of the liver or liver cancer, explained Dr. Alex Federman, an associate professor of medicine at the Mount Sinai Medical Center in New York City to CBSNews.com. He was not involved in the panel's new guidance.

The panel's initial draft recommendation for hepatitis C testing of boomers was a C when introduced in Nov. 2012, but the group later upgraded it to a B grade, reflecting what it called increased certainty of screening's benefits.

The new advice follows an Aug. 2012 recommendation from the Centers for Disease Control and Prevention, urging all baby boomers to get the hepatitis C blood test. The CDC said it took this step after seeing a near doubling of hepatitis C deaths since the late 1990s, driven by the aging baby boomer population.

Federman said the fact that both the CDC and Task Force backed the advice sends a "powerful" message to baby boomers.

"They're really saying they've looked at the evidence independently of one another, and they have confirmed it's worth testing," he said.

The new recommendations were released on the Task Force's website, and also published June 25 in the Annals of Internal Medicine.

Federman pointed out if you discover you have hepatitis C from one of these tests, it's not too late to get treatment. Medications have improved recently for treating cirrhosis and some liver complications, he added. Follow-up testing can also confirm if a person has cleared the virus out of their system.

Whether these people get treatment for their hepatitis C is another story. In May, a study found many people who tested positive initially for the virus skipped necessary follow-up testing to see if the virus cleared.

About 3 million Americans are infected with hepatitis C, according to the CDC, and up to 75 percent of them have no idea.

"Complete testing is critical to ensure that those who are infected receive the care and treatment for hepatitis C that they need in order to prevent liver cancer and other serious and potentially deadly health consequences," CDC director Dr. Tom Frieden said in May.