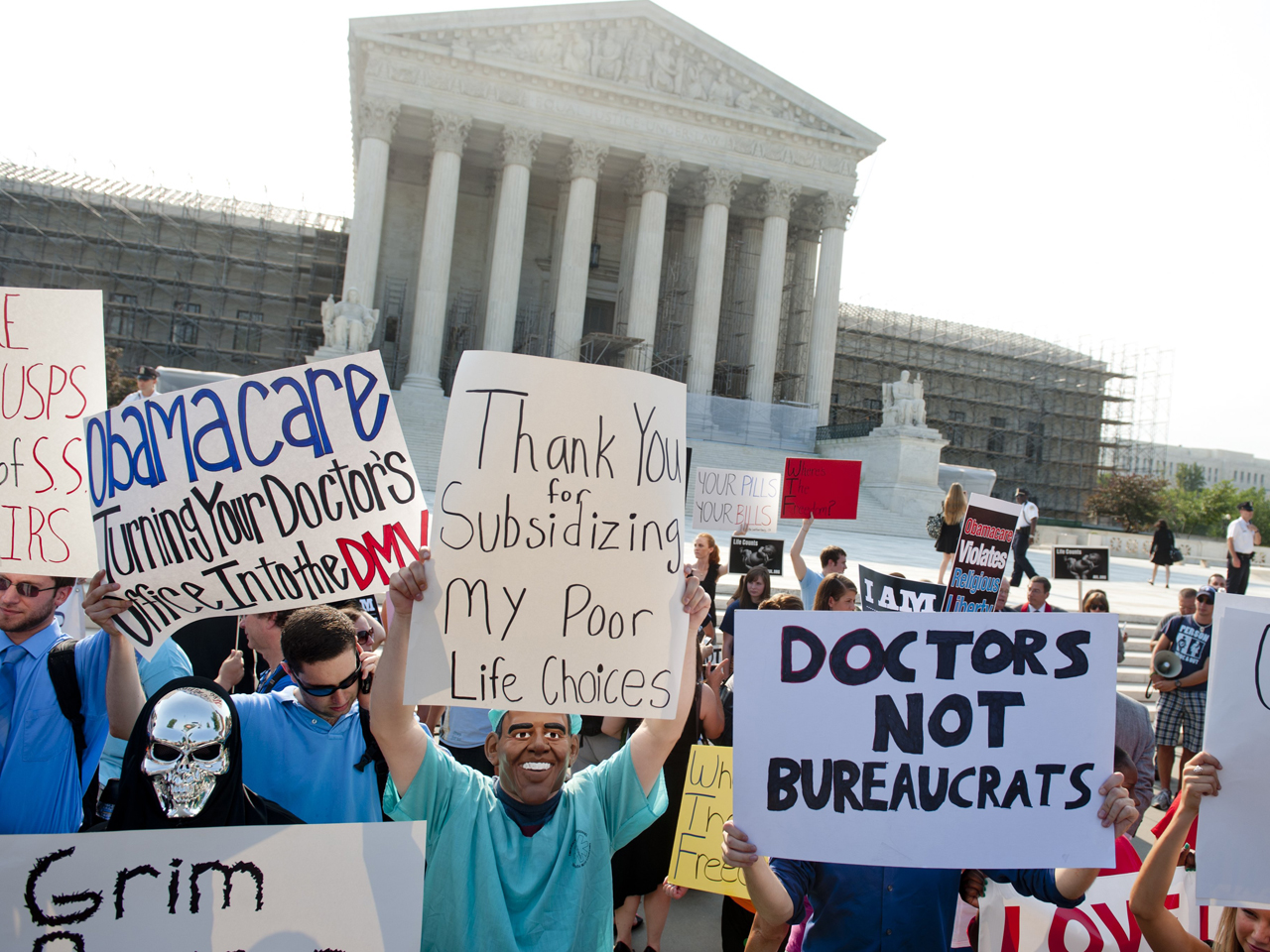 (MoneyWatch) COMMENTARY The Supreme Court's healthcare ruling may well turn your friendly neighborhood tax collector suicidal. The ruling effectively says that federal government can't force you to buy something, but can tax you if you don't. Thus, any future expansion of government's reach into your personal decision making will likely be done through the tax code.

That turns the Internal Revenue Service into Big Brother. Frankly, IRS agents probably like that less than you do.

Of course, the tax code already provides a Christmas tree of benefits and baubles for those who act as the government deems proper. Finance a home, you get a tax deduction. Have children. Send them to daycare, then to college...tax breaks will follow. Throw out that gas guzzler and buy a hybrid, the tax authorities will reward you. Replace the water heater; cover those windows; go solar. You'll be showered in tax credits. Even the right investments -- stocks versus bonds; long-term vs. short-term gains -- will nab you breaks on your federal tax bill.

Indeed, there are now so many deductions and credits for following specific behaviors that only about half the country pays federal income tax beyond Social Security and Medicare. It's only those recalcitrant free thinkers, who fail to follow the government's wishes who must shoulder the weight of the rest of society. Among the few things that are not "incentivized" with a credit, deduction or a cut-rate are working and earning a lot of money.

The health care law extends that formula by boosting the tax rate of high income filers to help pay for the law. There are a series of tax increases that are scheduled to take effect next year, says Tim Steffen, director of financial planning with Robert W. Baird & Co. in Milwaukee. As the result of the Supreme Court decision, all of them are likely to take effect.

A new 3.8% tax on investment income will be applied to those earning more than $200,000 single or $250,000 when married. The tax will effectively boost the applicable capital gains rate on any investment income that's claimed when total income exceeds those thresholds.

Medicare taxes on high income filers will also increase. Currently, everyone pays 1.45% on all income into the Medicare program. Now, if a single filer earns more than $200,000 or a married couple earns more than $250,000, they'll need to pay 2.35% into Medicare.

Finally, the law makes it harder to deduct medical expenses. Currently medical expenses are deductible once they exceed 7.5% of your adjusted gross income. Next year, the threshold will be raised to 10% of AGI.

Anyone else draw parallels to Kurt Vonnegut's story Harrison Bergeron?