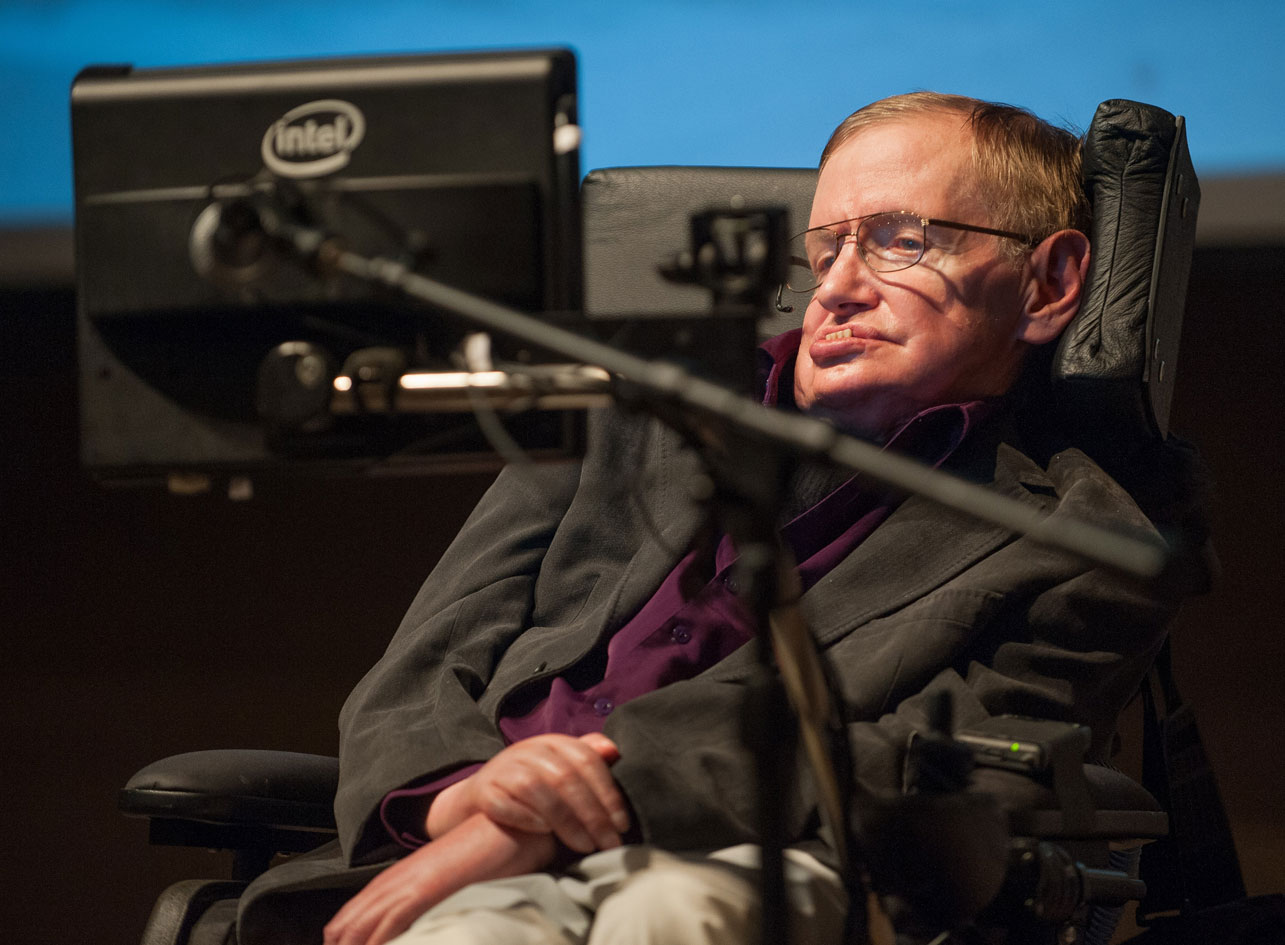 LOS ANGELES Stephen Hawking, who spent his career decoding the universe and even experienced weightlessness, is urging the continuation of space exploration - for humanity's sake.

The 71-year-old Hawking said he did not think humans would survive another 1,000 years "without escaping beyond our fragile planet."

The British cosmologist made the remarks Tuesday before an audience of doctors, nurses and employees at Cedars-Sinai Medical Center, where he toured a stem cell laboratory that's focused on trying to slow the progression of Lou Gehrig's disease.

Hawking was diagnosed with the neurological disorder 50 years ago while a student at Cambridge University. He recalled how he became depressed and initially didn't see a point in finishing his doctorate. But he continued to delve into his studies.

"If you understand how the universe operates, you control it in a way," he said.

Renowned for his work on black holes and the origins of the cosmos, Hawking is famous for bringing esoteric physics concepts to the masses through his best-selling books, including "A Brief History of Time," which sold more than 10 million copies worldwide. Hawking titled his hour long lecture to Cedars-Sinai employees "A Brief History of Mine."

Hawking has survived longer than most people with Lou Gehrig's disease, also known as amyotrophic lateral sclerosis. ALS attacks nerve cells in the brain and spinal cord that control the muscles. People gradually have more and more trouble breathing and moving as muscles weaken and waste away. There's no cure and no way to reverse the disease's progression. Few people with ALS live longer than a decade.

Hawking receives around-the-clock care, can only communicate by twitching his cheek, and relies on a computer mounted to his wheelchair to convey his thoughts in a distinctive robotic monotone.

Despite his diagnosis, Hawking has remained active. In 2007, he floated like an astronaut on an aircraft that creates weightlessness by making parabolic dives.

Hawking rattled off nuggets of advice: Look up at the stars and not down at your feet. Be curious.

"However difficult life may seem, there is always something you can do and succeed at," he said.

Dr. Robert Baloh, director of Cedars-Sinai's ALS program who invited Hawking, said he had no explanation for the physicist's longevity.

Baloh said he has treated patients who lived for 10 years or more. "But 50 years is unusual, to say the least," he said.