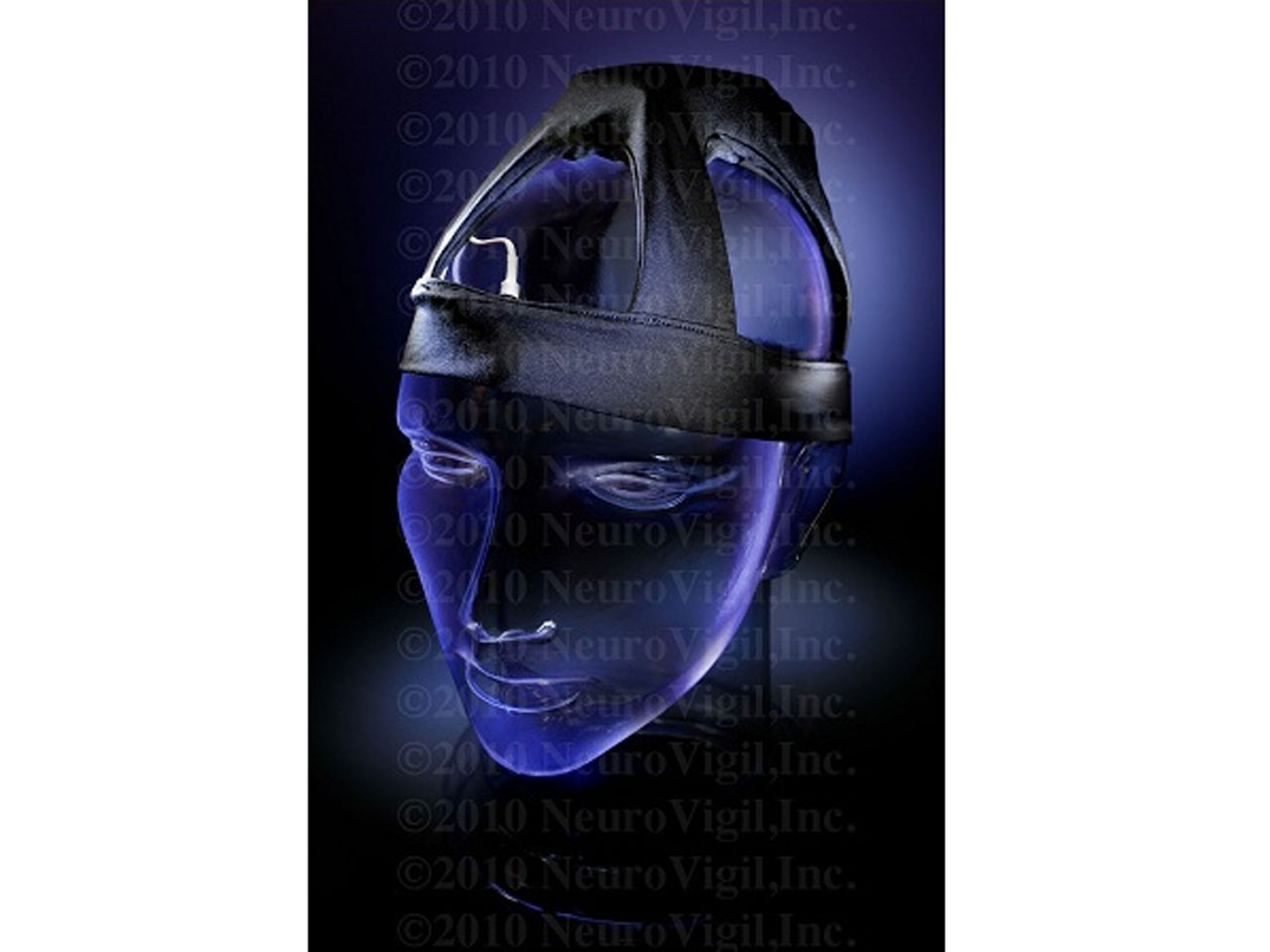 (CBS News) - A new device may give physicist Stephen Hawking the ability to talk just by thinking about the words.

Hawking tested out the iBrain last summer, but the results - that the device can decipher different human brain wave patterns - were only revealed recently.

The iBrain was developed by Phillip Low, adjunct professor at the Stanford School of Medicine and co-founder/CEO/chairman of device manufacturer NeuroVigil, and his team. The portable machine, which is approximately the size of a small matchbox and attached to the head with a black headband, can be used to measure and diagnose neural conditions like sleep apnea, depression and autism. Data can be monitored remotely, saving researchers time and money according to KGTV.

"This is very exciting for us because it allows us to have a window into the brain. We're building technology that will allow humanity to have access to the human brain for the first time," Low told KGTV.

This also means that the device could theoretically read thoughts. Low's original research, published in The Proceedings of the National Academy of Science, successfully created an algorithm in order to interpret the raw brain waves of zebra finches. Now, researchers wanted to see if the device could analyze human thought.

Enter Hawking, the ideal test subject. The scientist, who has posed groundbreaking and innovative physics theories, suffers from amyotrophic lateral sclerosis (ALS). More commonly known as Lou Gehrig's disease, it is a motor neurone disorder which creates muscle weakness and death throughout the whole body meaning the subject cannot control any of their voluntary movements like walking or talking.

The disease affects 5 out of every 100,000 people worldwide, according to the National Institute of Health. Because of the advanced state of Hawking's ALS, it takes minutes for him to produce words using a pair of infrared glasses that observes twitches in his cheek.

With Hawking's permission, Low flew to his home in Cambridge, England to try the device on the scientist, KGTV reported. Hawking was asked to think about squeezing a ball his his right hand, even though he couldn't perform the movement while wearing the device.

"The idea is to see if Stephen can use his mind to create a consistent and repeatable pattern that a computer can translate into, say, a word or letter or a command for a computer," Low told the New York Times.

Using the algorithm Low previously developed, they were able to see Hawking's thoughts as changes in the signal, shown as spikes on a grid. The results are promising and show the five-year-old device may one day enable people like the scientist to talk by thinking.

In the future, NeuroVigil wants to replicate the study with a large population of ALS patients and others with neurogenerative diseases, the New York Times said.